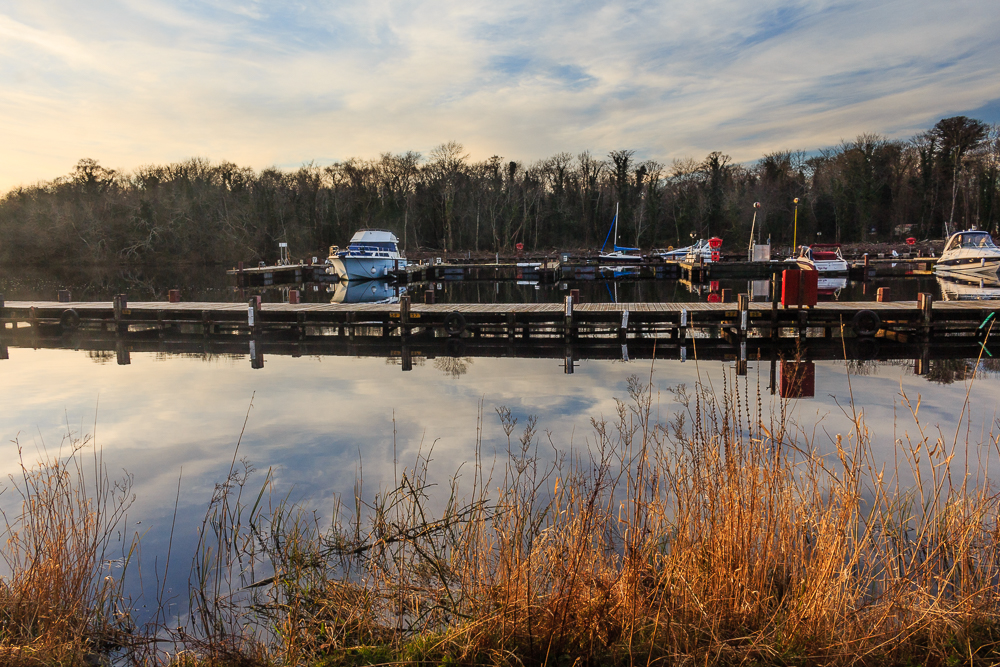 The marina at Castle Archdale.

A sunny late March day had just enough cloud in the sky to hold the promise of a colourful sunset.  Its always nice to double the colour by getting the sunset reflected in water, so I headed off to Lough Erne, choosing Castle Archdale as my preferred spot.  As I arrived at the marina, there was already some nice golden light.  The marina is in a little sheltered bay, and its a short walk along its shore to wider views across a larger part of the lough. 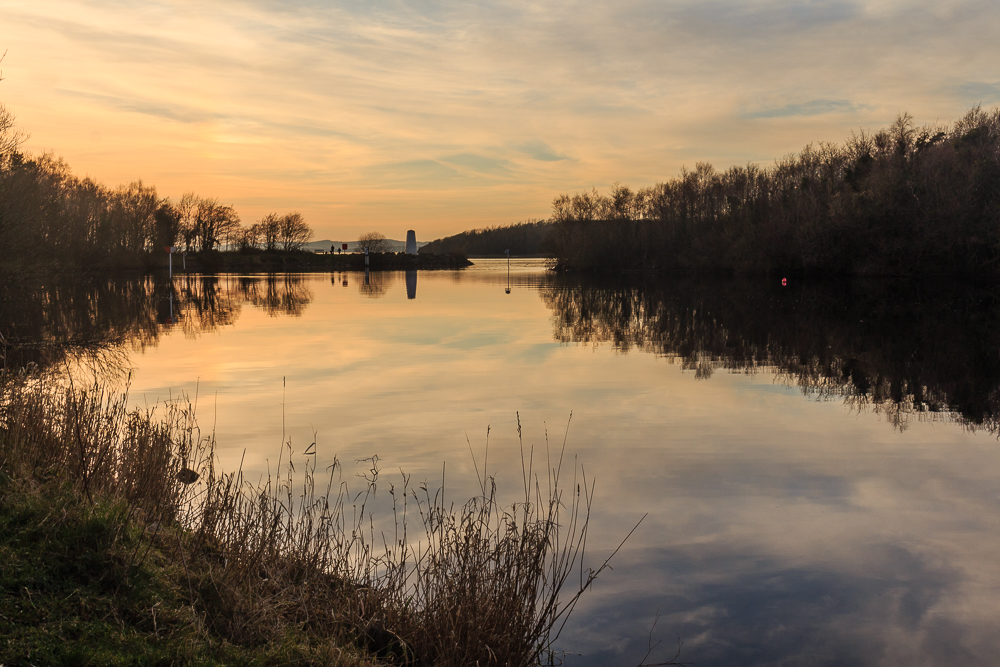 Walking along the shore to the mouth of the small bay, with the white beacon at the start of the inlet.

Strikingly white branches against the dark mass of the forest.

At the beacon, and the wider expanse of the lough.

Often, the potential for a good sunset fizzles out into nothing, but as I stood on the lough shore, it became apparent that this would be a good one.  There was enough broken cloud to catch the dipping sun and light up with colour, and the surface of the lough was still enough to reflect the increasingly fiery sky.  The colours seemed to change with every passing minute, and it became one of the most vivid sunsets I’ve seen.  Even after the sun had sunk below the horizon, the display continued, becoming even more spectacular. 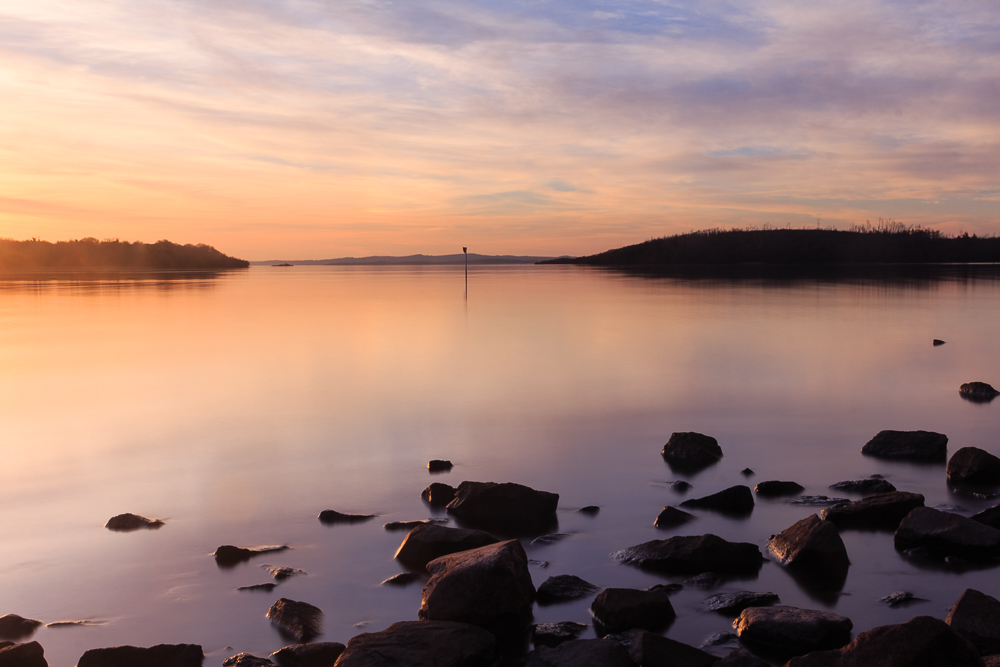 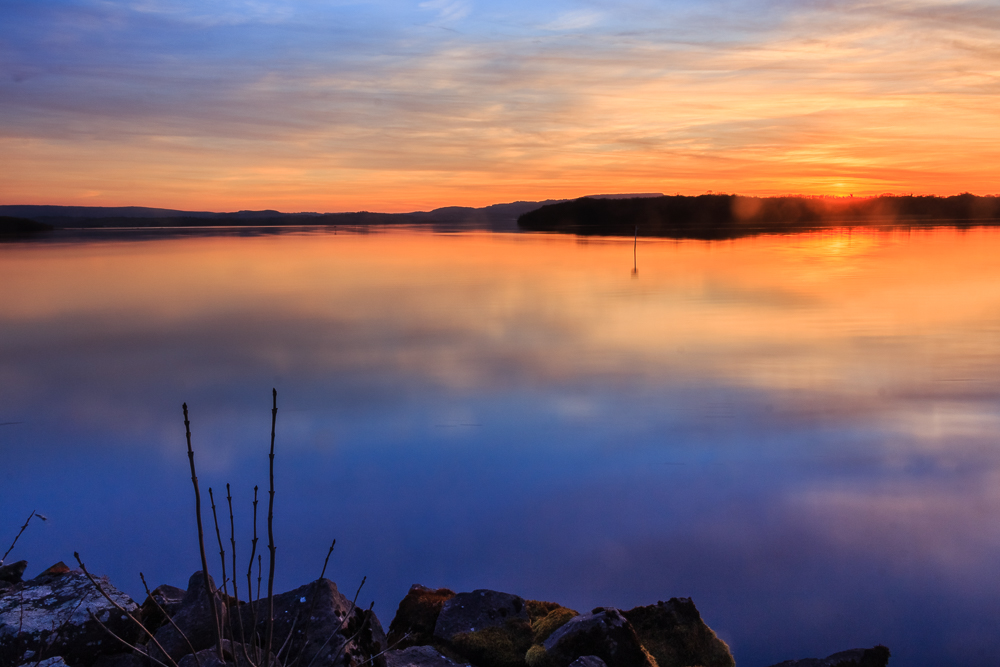 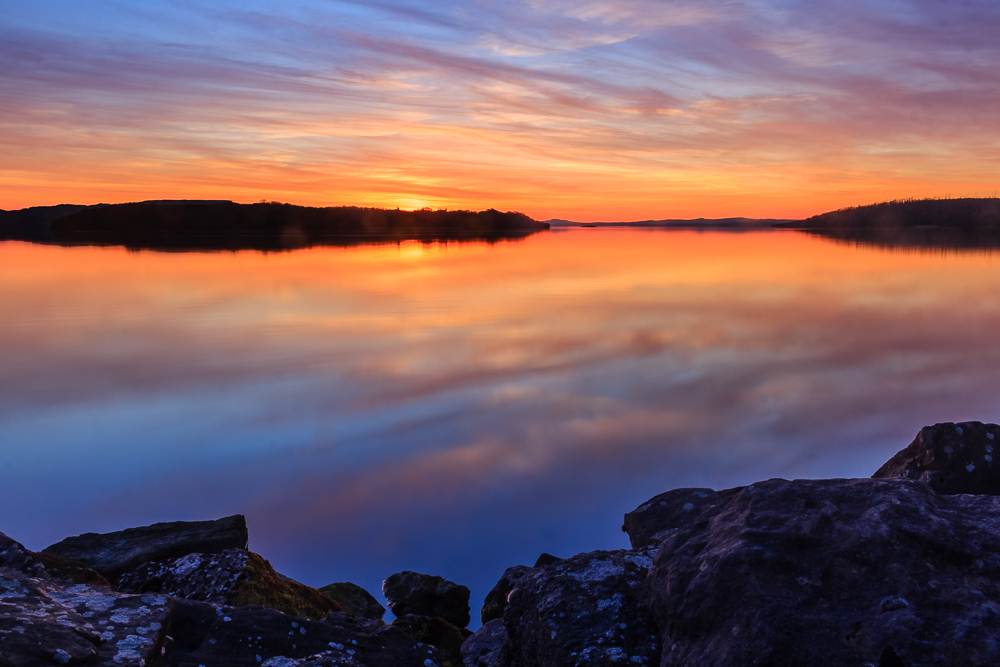 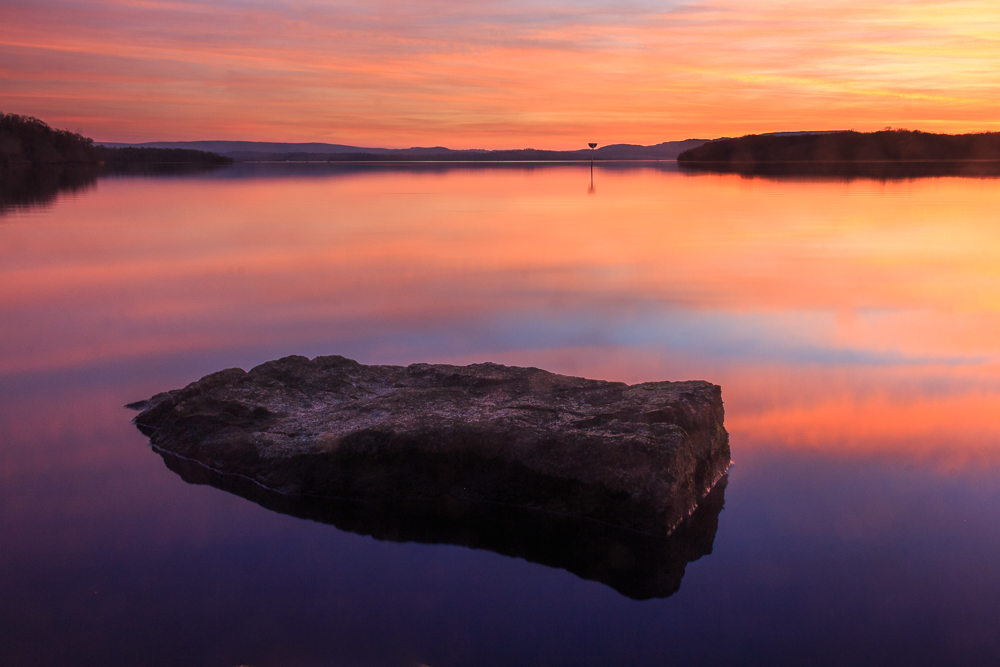 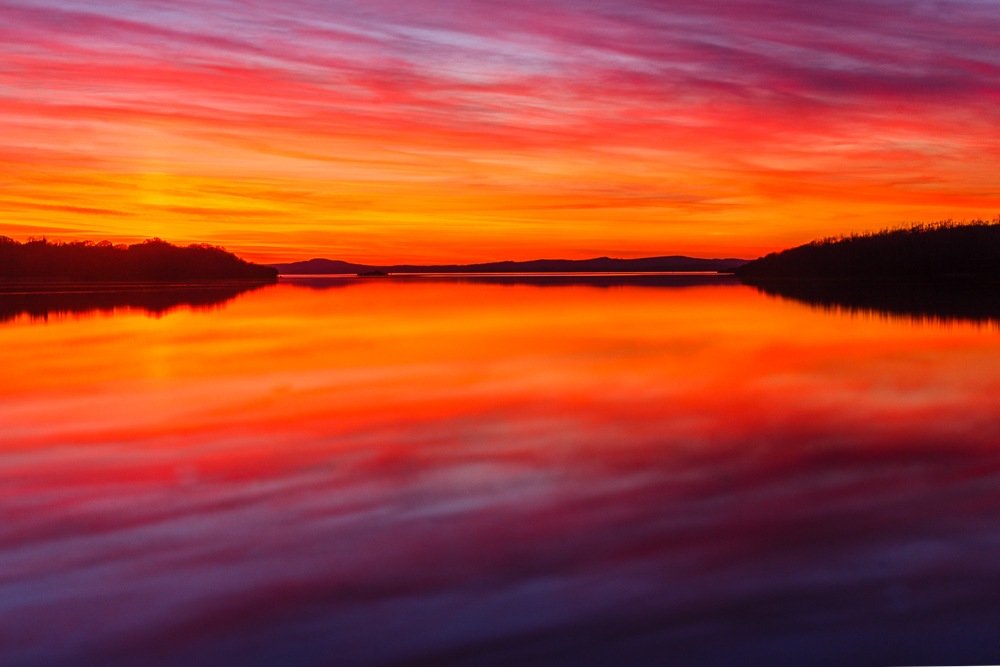 Even if the sunset doesn’t work out, I can never be too disappointed to be out and about in such a setting, but its even more pleasing to have made the trip when you get a display like this.