Driving past the Inch Wildfowl Reserve in Co. Donegal in mid-March, I noticed that the flocks of migratory whooper swans that can be seen there every year, were back in the fields.  They tend to keep their distance, to it was difficult to get shots, but I got as close as I could from the nearby roads without disturbing them, and used my longest lens.  They can be distinguished from our year round, native mute swans by their mainly yellow bills, unlike the mute swans’ orange bill. 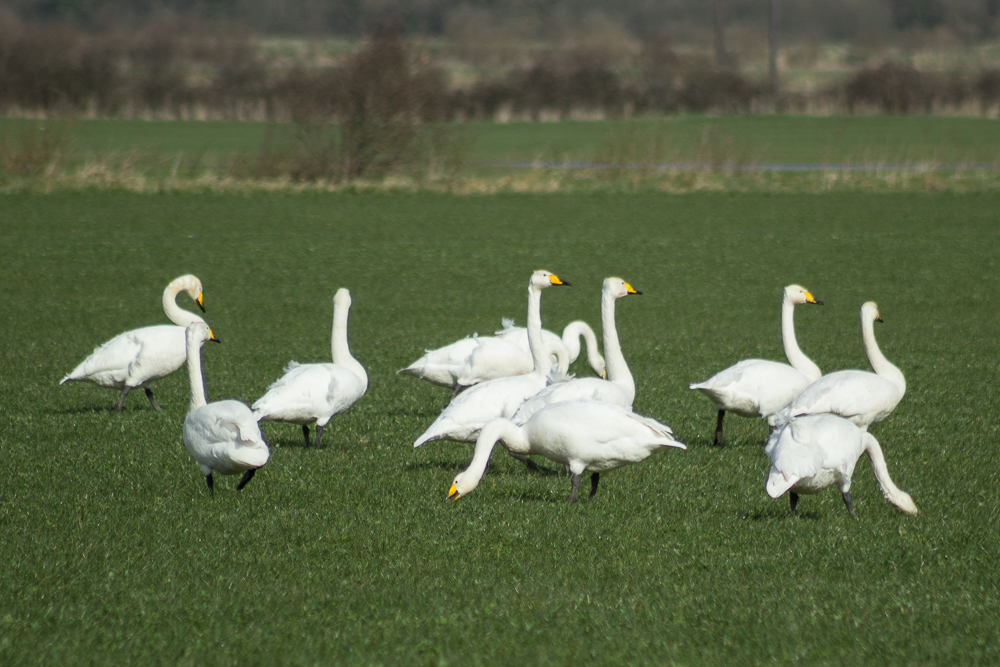 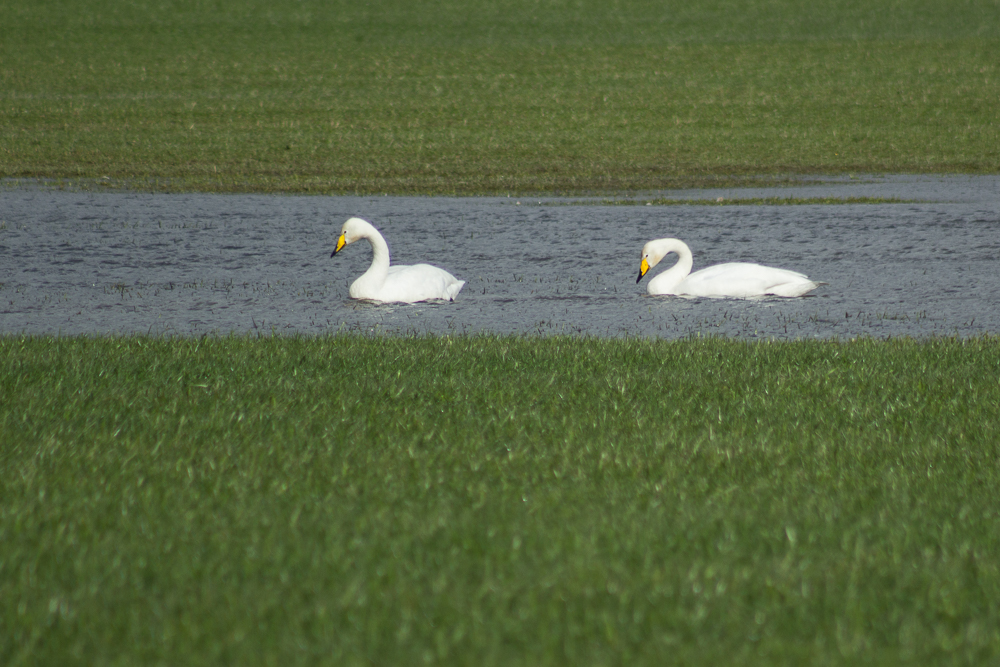 In the distance, I could see a couple of mute swans, but I don’t know if they were year round residents, or if they too were migratory – we do get occasional migratory mute swans here too.  Surprisingly, there was a black swan there too.  They are not a native species, but have been introduced as an ornamental bird to some parks, in Ireland and other European countries.  Some have escaped and live wild, like this one, but whether it lives here all year, or was just passing through, I don’t know. 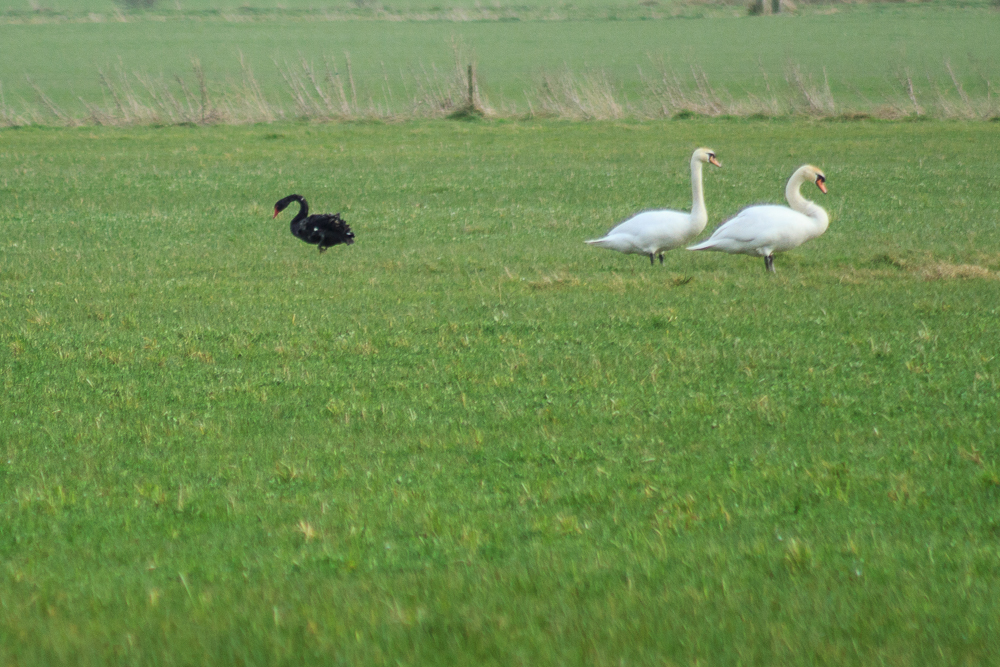 I couldn’t get any closer to this black swan.

The swans were accompanied by flocks of geese.  They seemed to stay even further away, so I found it difficult to identify them. 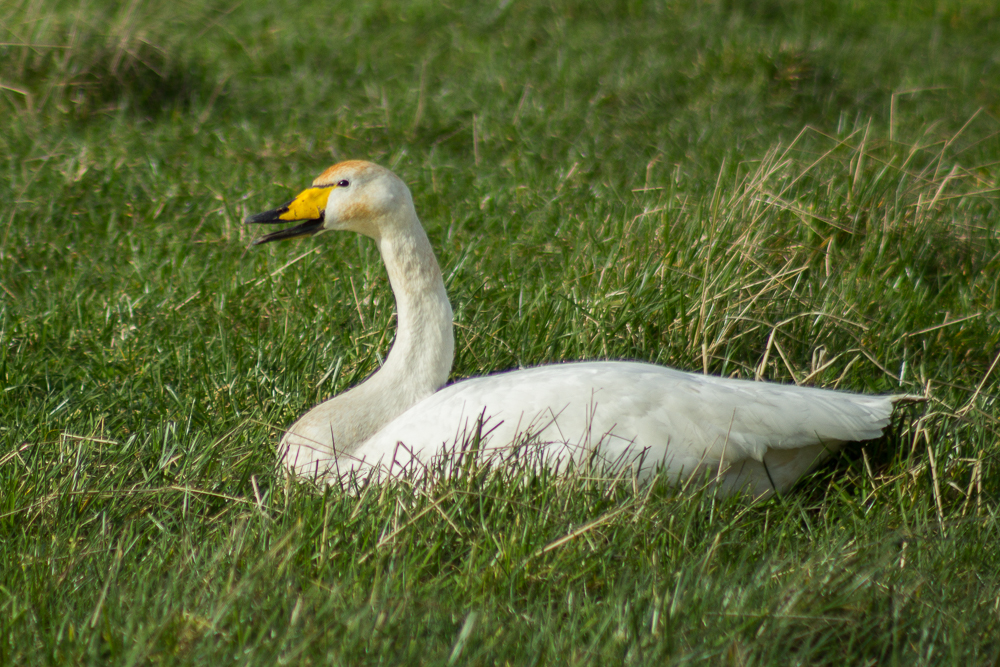 2 thoughts on “The Whooper Swans Are Back”