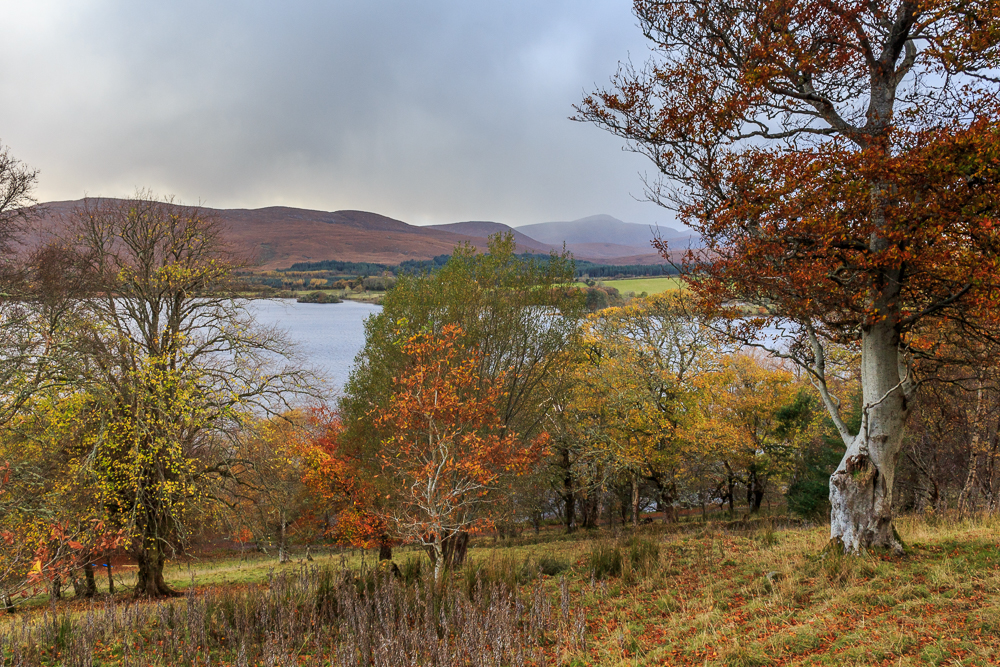 Autumn on the shores of Lough Gartan.

I was in the middle of walking to the top of three of the smaller hills in Co Donegal, and had just come down from the first of the day, Brown Mountain.  That hill was largely forested and there were no views to be had over one of Donegal’s scenic places – Lough Gartan, or Gartan Lough.  As the hills were spread out, there was a bit of driving between each one, so before heading for the next one, I took a quick drive along a couple of the roads circling the lough.  I got some better views here and a couple of photo opportunities. 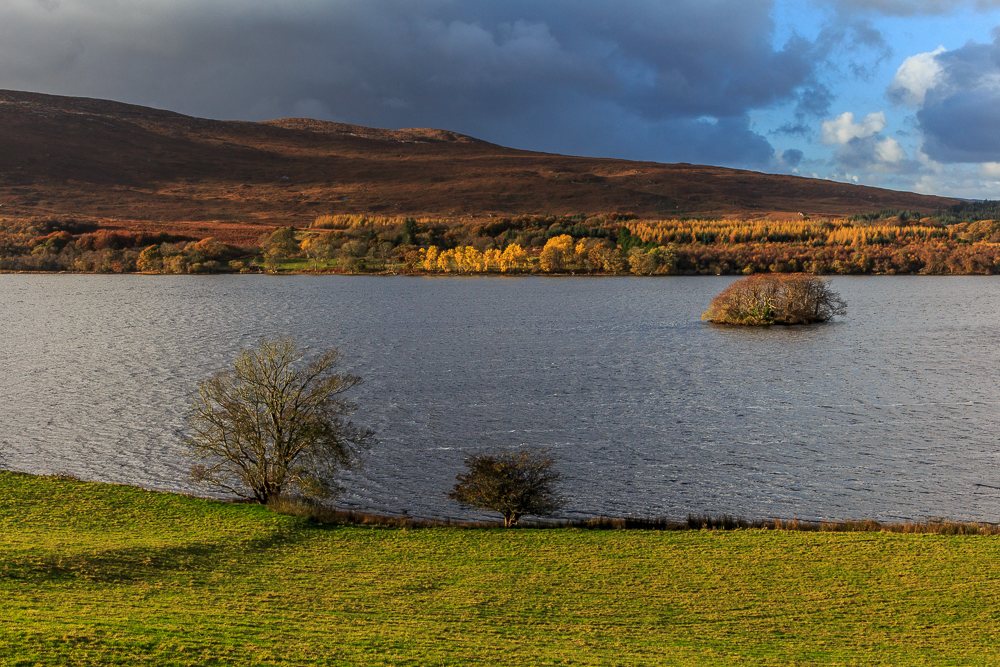 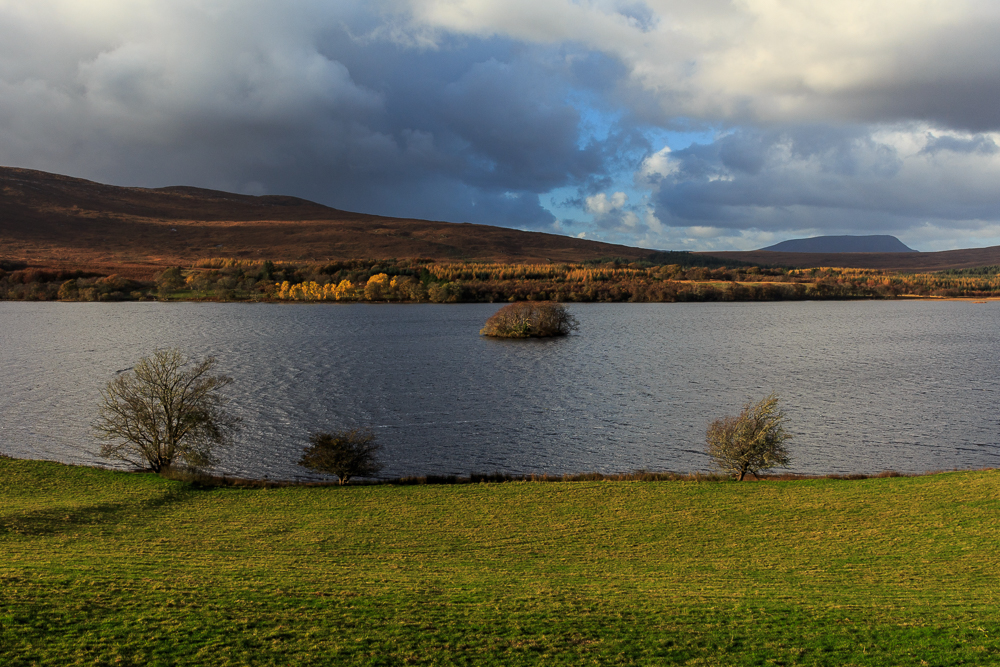 It was unusually good timing, as I was getting sunshine combined with some great clouds now, and during heavy showers earlier, I had been mostly under the shelter of thick forest on Brown Mountain.