One day left on our camping trip to Easky, Co. Sligo, and despite the worsening weather, we went driving along the north Mayo coast.  I saw a lot of places that would look great in better weather, and stretches of coastline that I would love to investigate further on foot.  In the conditions we had however, and with the family in tow, we were mostly confined to the car, and I didn’t take many photos.  The first place we did stop, was not long after starting, for a look at the round tower in Killala.

Our next brief stop was overlooking the cliffs and sea, near the Ceide Fields visitor centre.  We weren’t going into the visitor centre due to the weather, but I was attracted by the moody skies over the sea, and took advantage of a short break in the rain. 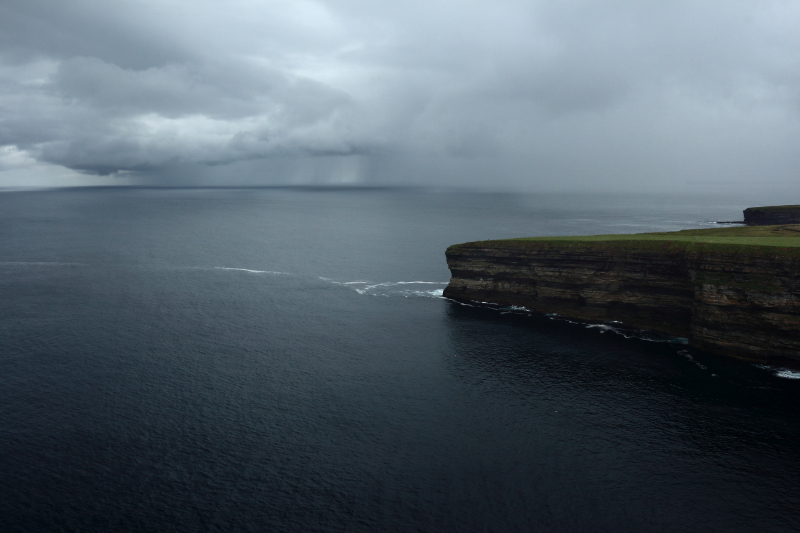 Benwee Head was our next stop – a must see on this stretch of coastline.  Unfortunately, we were only able to make a quick foray from the car between heavy showers.  I saw enough to know that this coast would be worth many full days of walking. 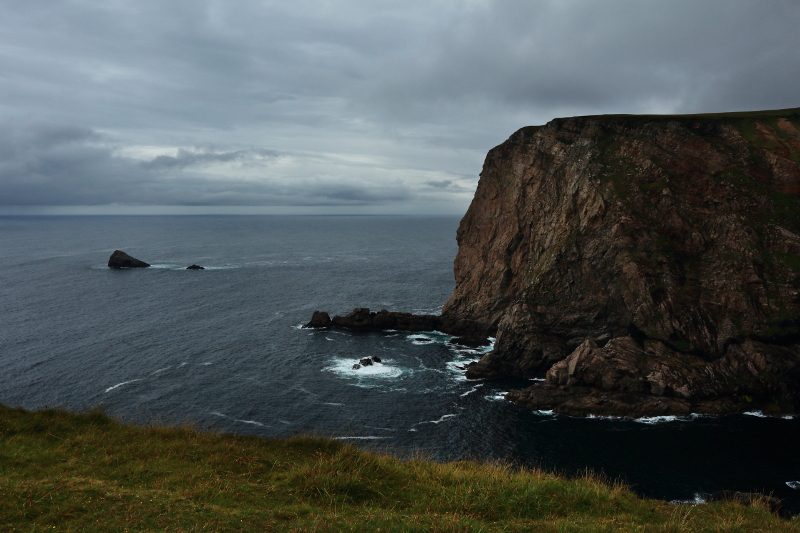 We made a final stop at nearby Rinroe Point where I grabbed a few shots looking over the beaches. 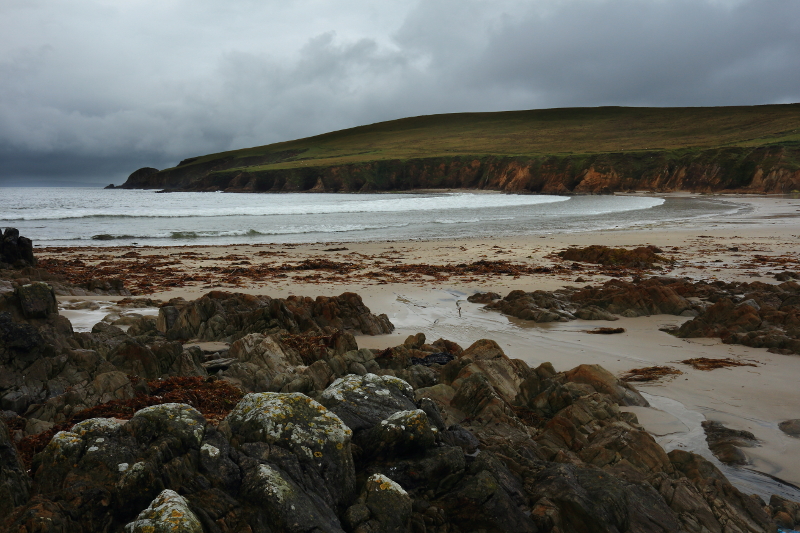 And that was it for the day.  The rain started in earnest and didn’t really let up for the rest of the day.  The wind got steadily stronger too, and it was that night/next morning when we had the tent collapse I mentioned in my last post.  I felt lucky to have got the few shots that I did, to have seen this coastline, and tagged it as somewhere to return to for further exploration.