The summit of Croaghaun, with Saddle Head below, as I started down the mountain.

As I began to make my way down from Croaghau, back towards Keem beach, I was content that the clouds had finally parted and rewarded me with views of the glorious landsacpe below.  The stormy, changeable weather worked to my advantage now that it had cleared a little, adding drama to the beautiful Achill scenery. 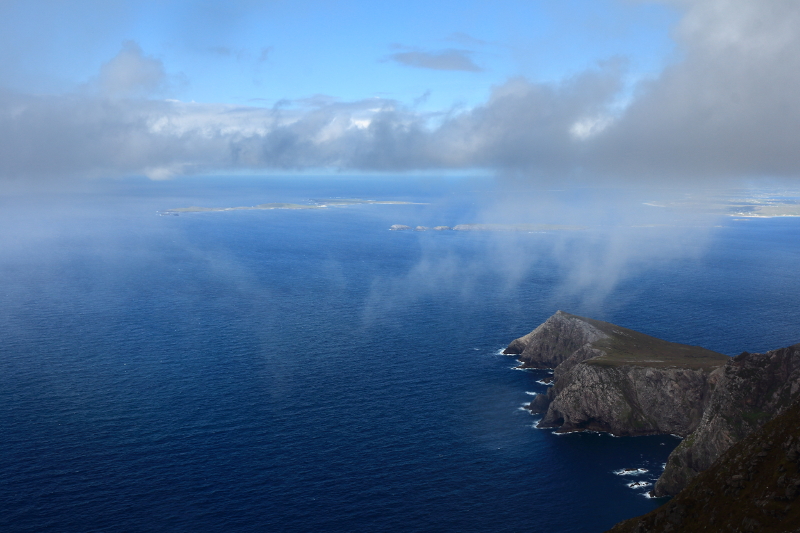 The steep drops to the sea on the northern side. 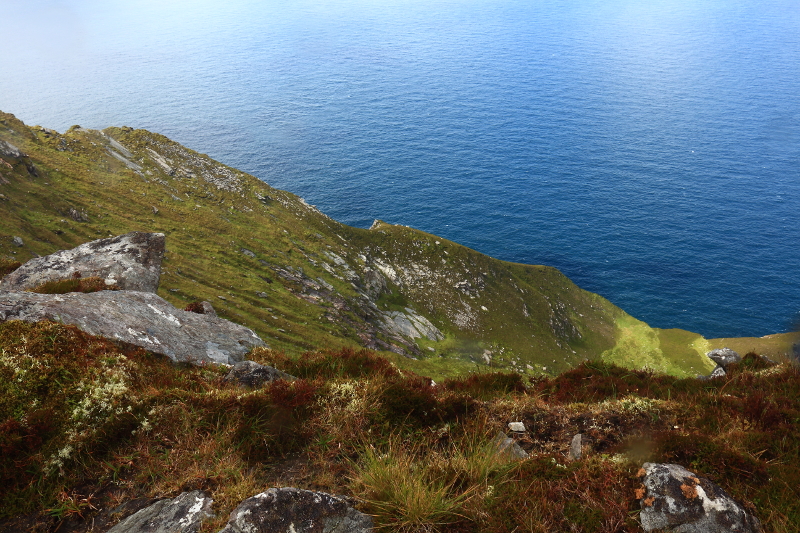 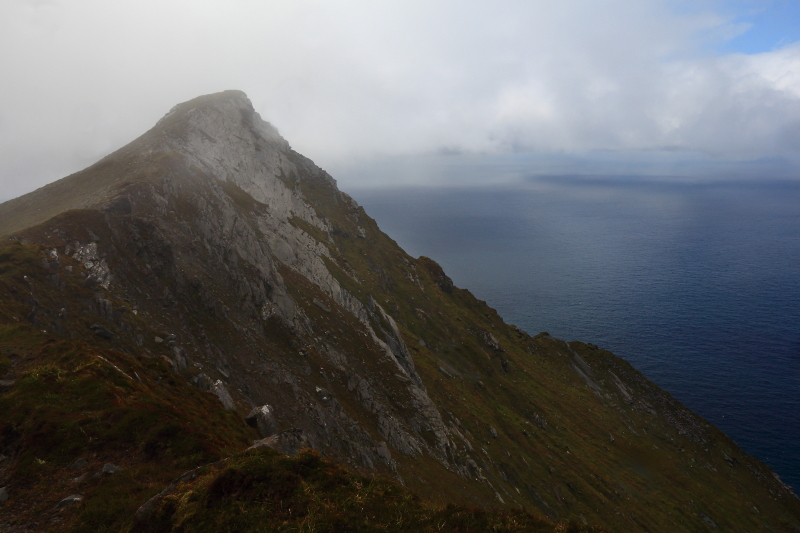 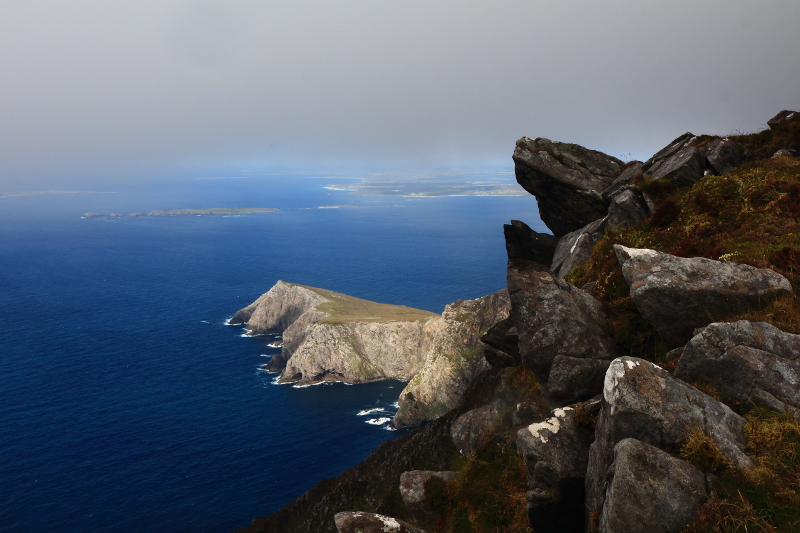 Cloud closing in over the top of Croaghaun again. 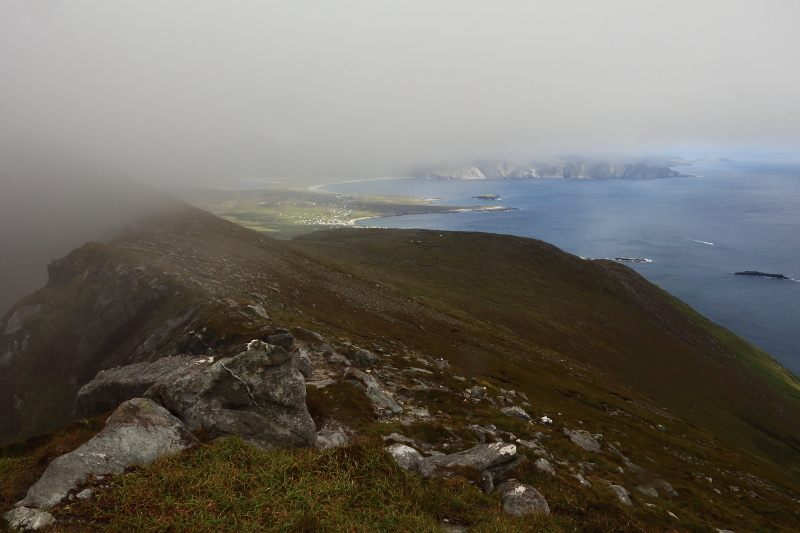 Still cloudy towards the east, as I turned south and began my descent from the ridge between Croaghaun and Croaghaun SW Top. 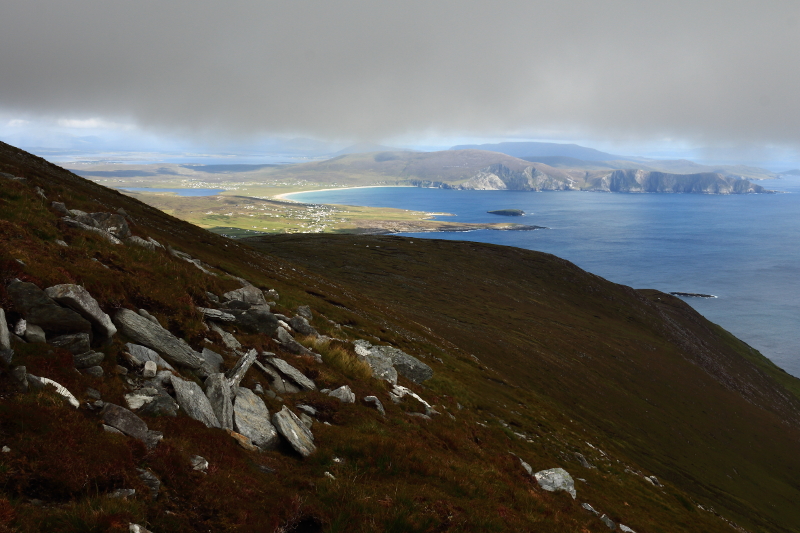 Clearing a little to reveal Keel beach and Minaun. 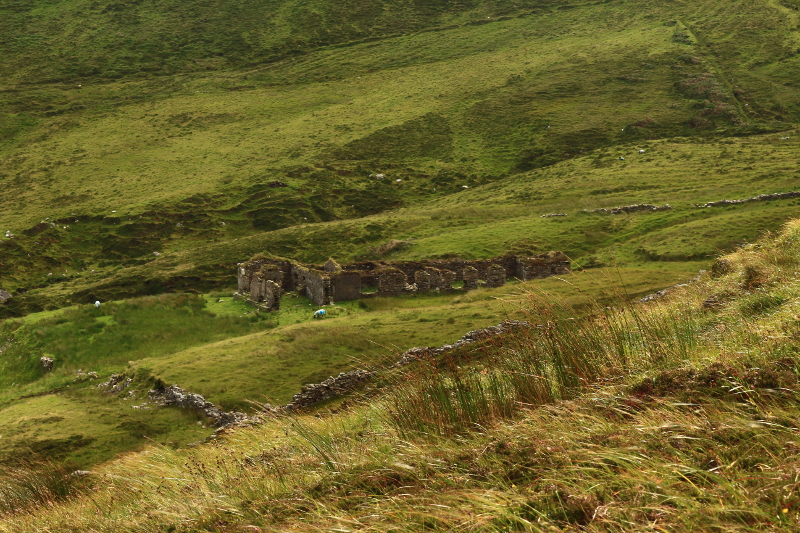 Almost finished, and looking back at part of the route. 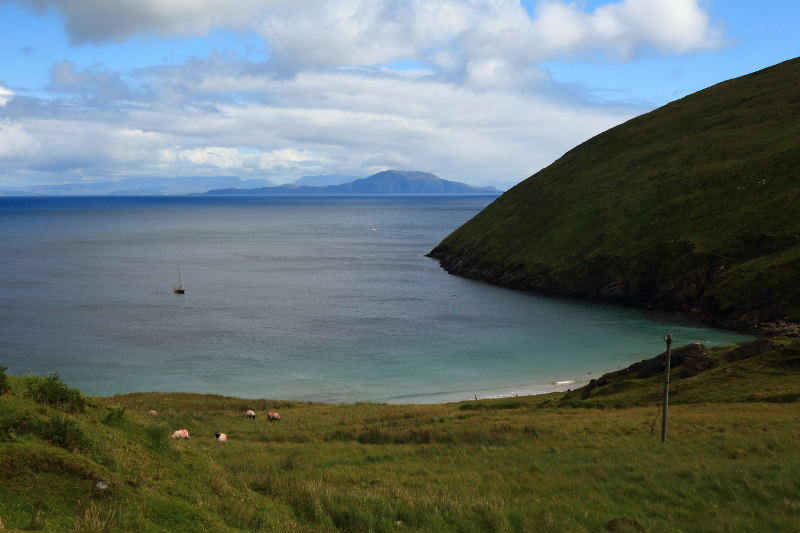 Not my yacht in the bay, but almost back at the car!

It had been a long day, walking both Slievemore and Croaghaun, but I had been blessed with great weather and stunning views, and I was tired but content as I settled back into the car.  Having two of the best mountains in Ireland in close proximity makes Achill a great destination for hill walkers.

4 thoughts on “Croaghaun: On The Way Down”