Coming down from Slievemore, I had been getting great views all day, and as I left the summit, descending via the western shoulder, the displays continued.  I was facing Croaghaun as I walked, and dark clouds touched down on its summit as they passed, trailing curtains of rain, while the sun behind me created a rainbow.  I would now need to turn south and descend the steeper southern face of Slievemore, heading for my start/end point at the deserted village.  I walked a little past the point where I had emerged on to the shoulder on the way up, so that I could pass a couple of little pools I had seen from above.

A view towards Keel and Minaun. 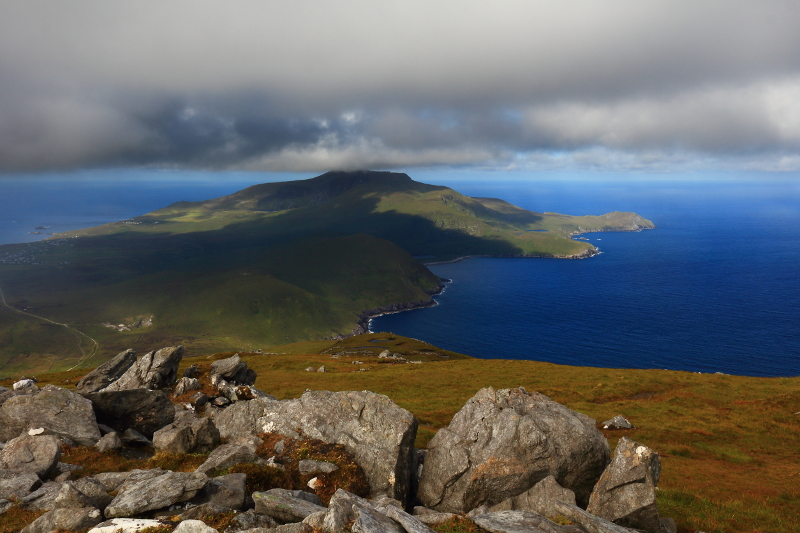 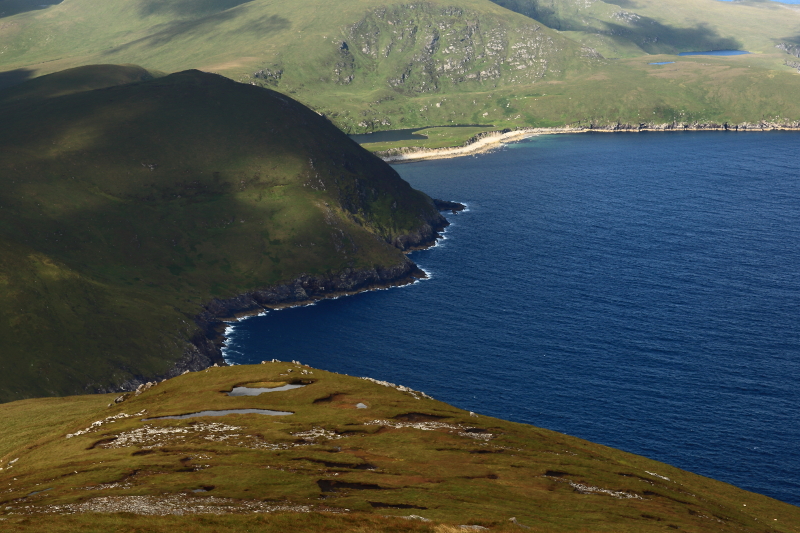 Zoomed in on the spectacular coastline between Slievemore and Croaghaun.  You can see the little pools I was heading for in the foreground. 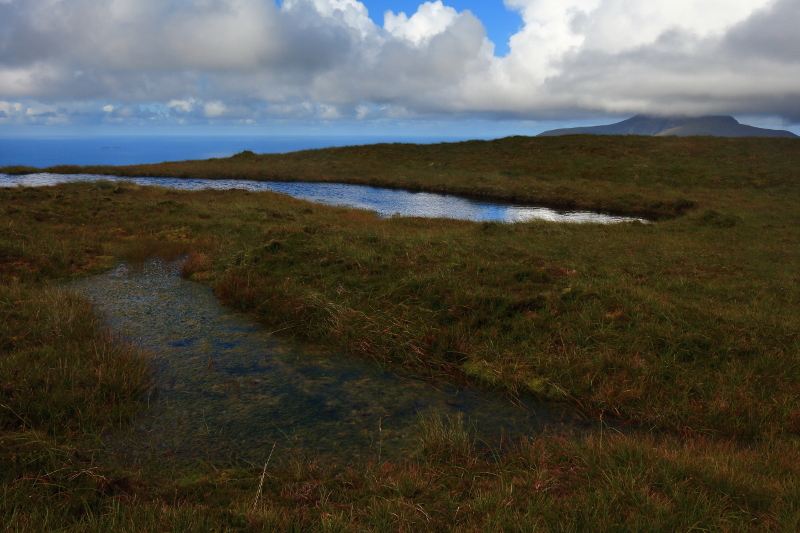 Arriving down at the little pools. 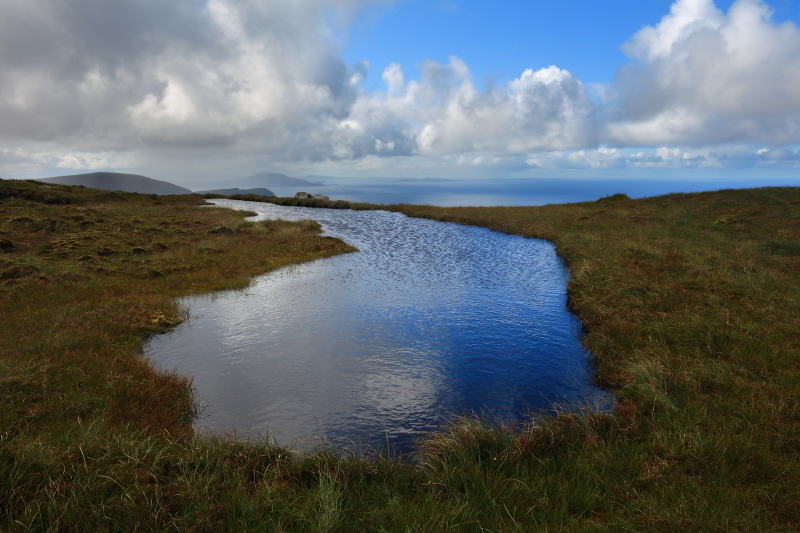 Now I needed to turn south and descend the southern face of Slievemore.  I was a bit further west than where I come up, and this time I had to scramble down a brief steep section between rocky outcrops that provided good foreground for a few more shots towards Croaghaun in the west and Minaun in the south. 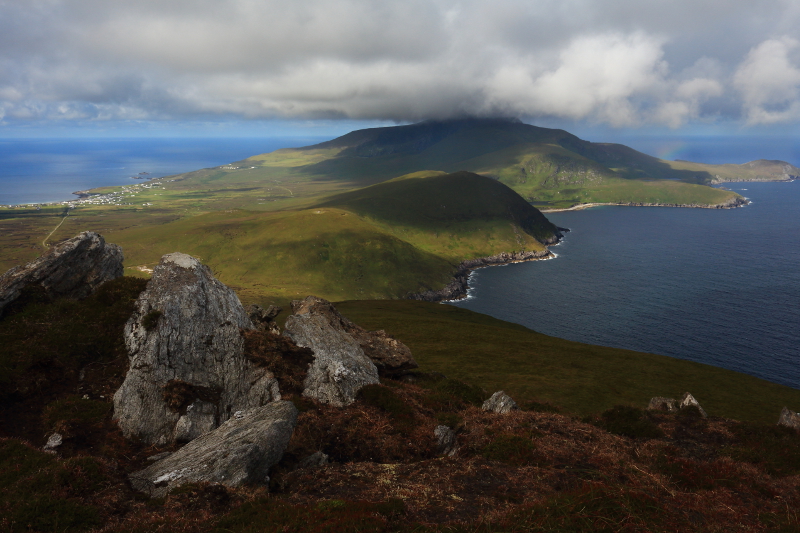 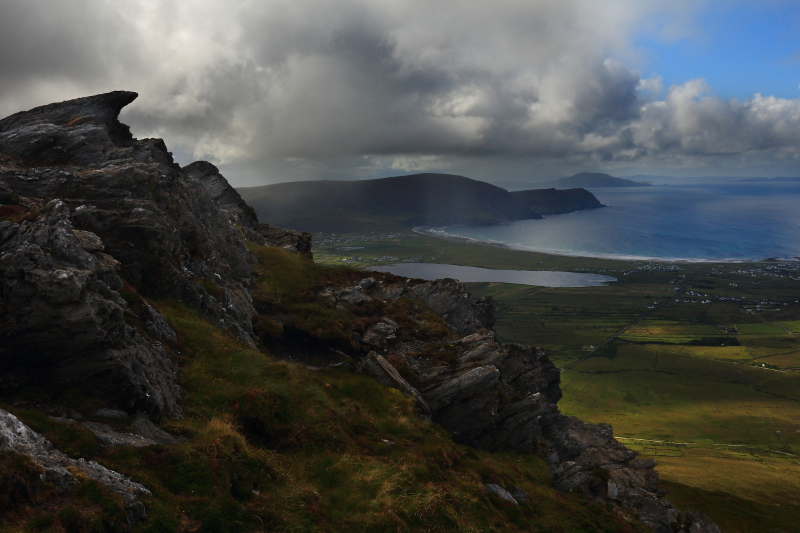 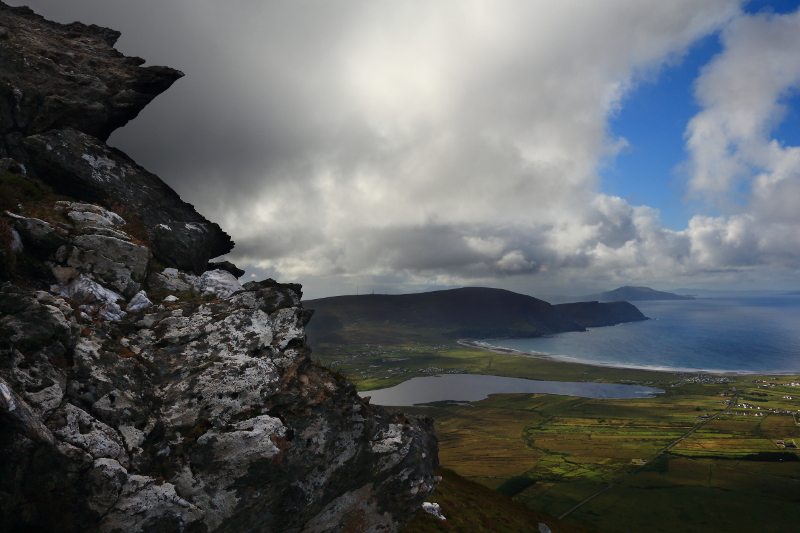 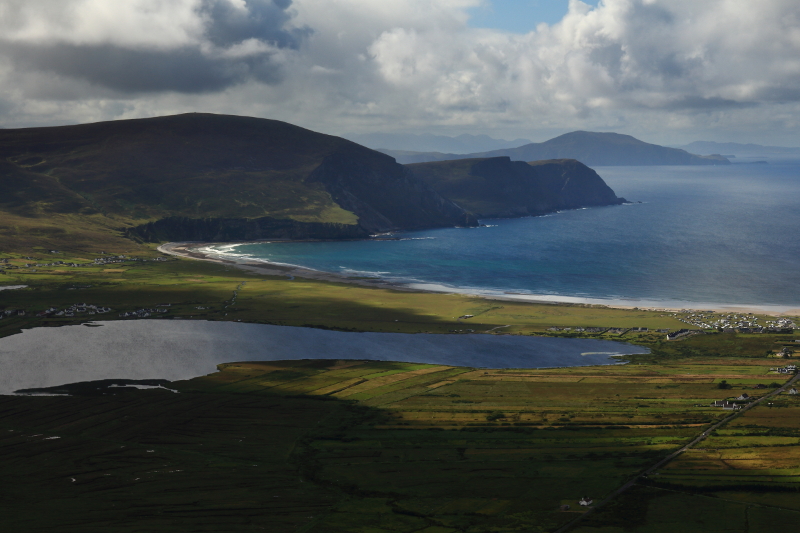 One last view from height over Keel Lough and beach towards Minaun with its cliffs, and Clare Island out in Clew Bay.

Looking east as I approached my finishing point near the foot of the mountain.

Soon, I was back at the bottom, amidst the ruins of the deserted village, with the car just minutes away.  Slievemore was one of the best mountains I’ve walked, and I’ll never forget the views I got there.  I took a couple of final shots, looking back at Slievemore, over the traces of the “lazy beds” around the deserted village. 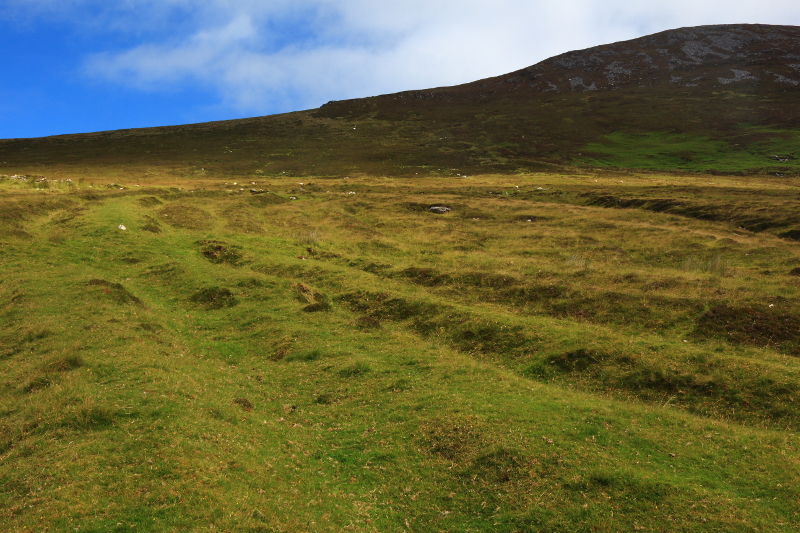 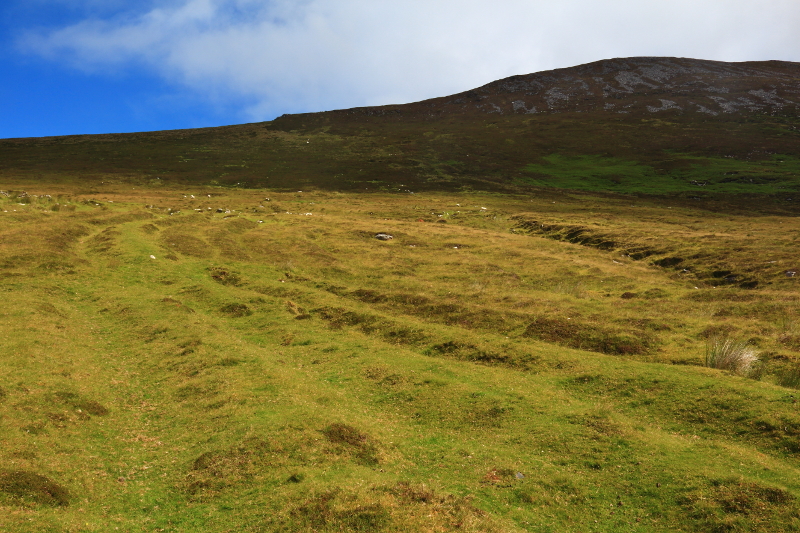 It would have been worth the trip to Achill for the ascent of Slievemore alone, but I’d enjoyed every day here, and I wasn’t finished today yet either.  After a quick rest and some food in the car, it was westwards to Croaghaun for an ascent of another great mountain.

2 thoughts on “Slievemore: On The Way Down”