The trig pillar on the summit of Slievemore.

Continuing from my last couple of posts, I had reached the summit of Slievemore, and now took the opportunity to enjoy the views.  As on the way up, I had a great vista, taking in Croaghaun to the west, Keel beach and Minaun to the south, with Clare Island beyond, and to the east, the mainland and the Corraun Peninsula.  Once I had reached the western shoulder from the south, I also had new views to the north, taking in the Mullet Peninsula.  And, the weather was playing its part, with dramatic skies and broken clouds, and patchy sunlight playing over the land and sea below.

Continuing past the summit a little, I reached a stone shelter, which could offer relief from the often high winds.

These small shelters can be found on many mountains and can be surprisingly effective.

Looking back towards the summit. 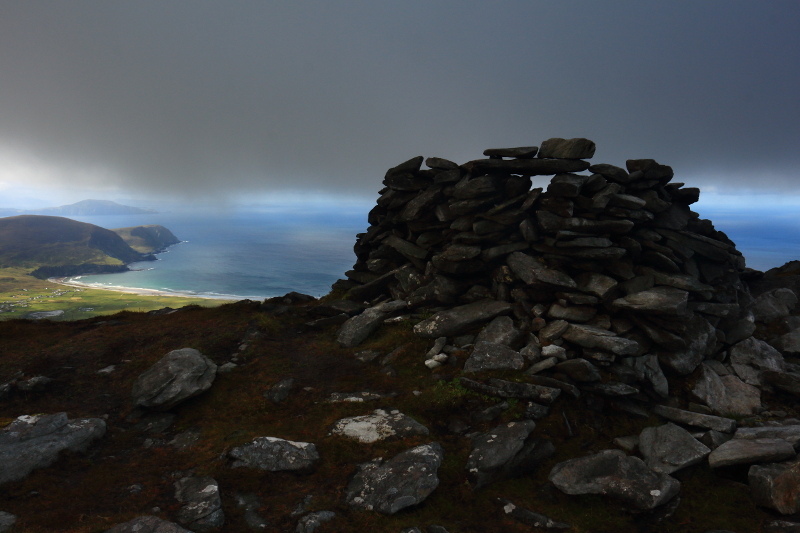 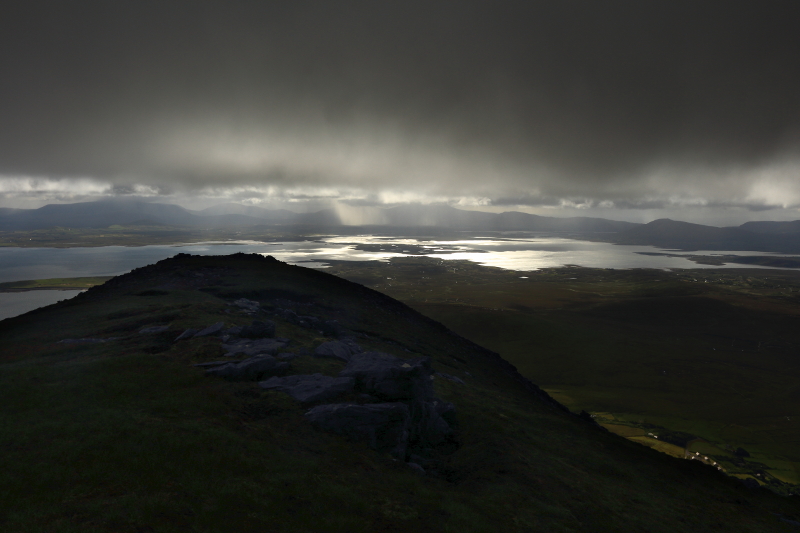 Looking towards the Corraun Peninsula. 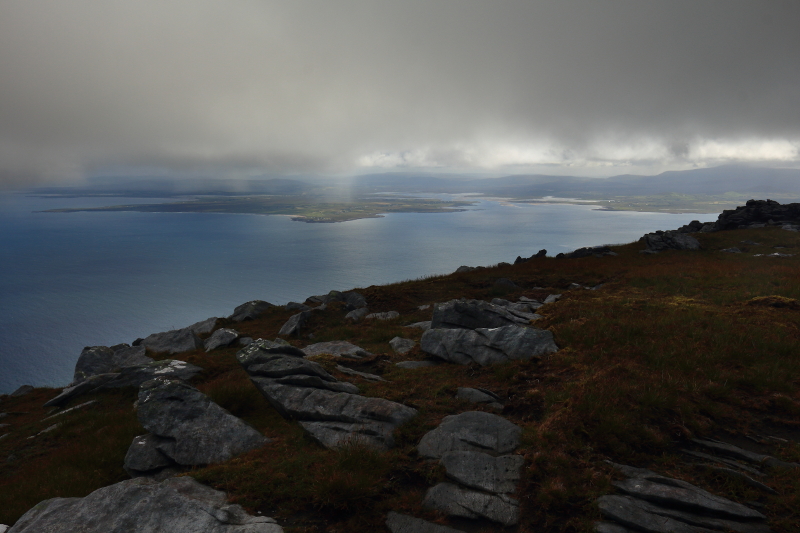 Towards the north Mayo coast. 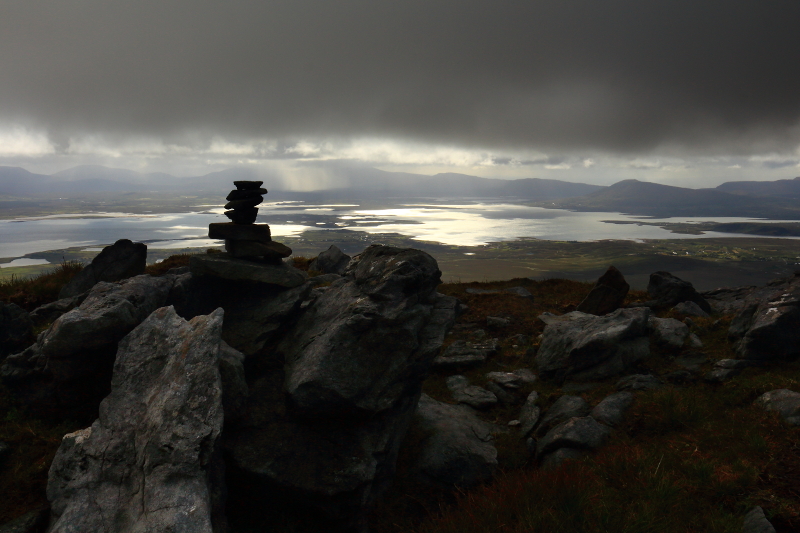 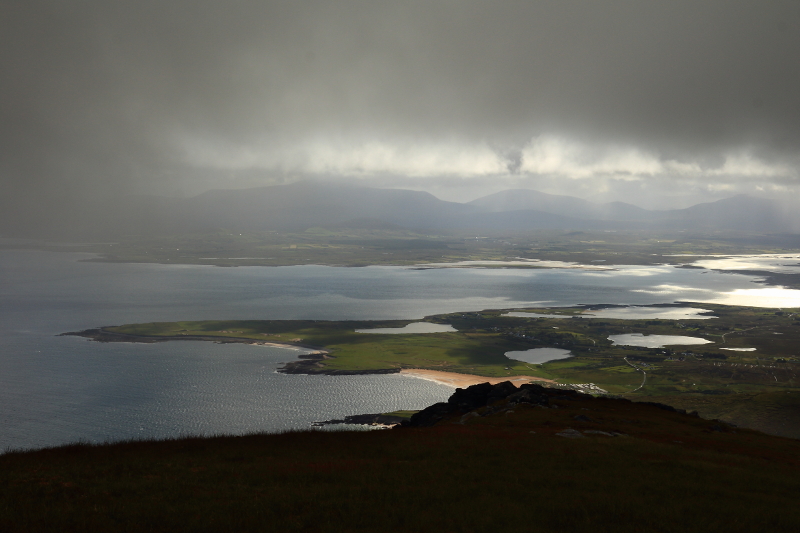 Moving further east, the coast around Dugort came into view, although passing cloud threatened to obscure it.

The steep eastern side of Slievemore dropping away to Dugort. 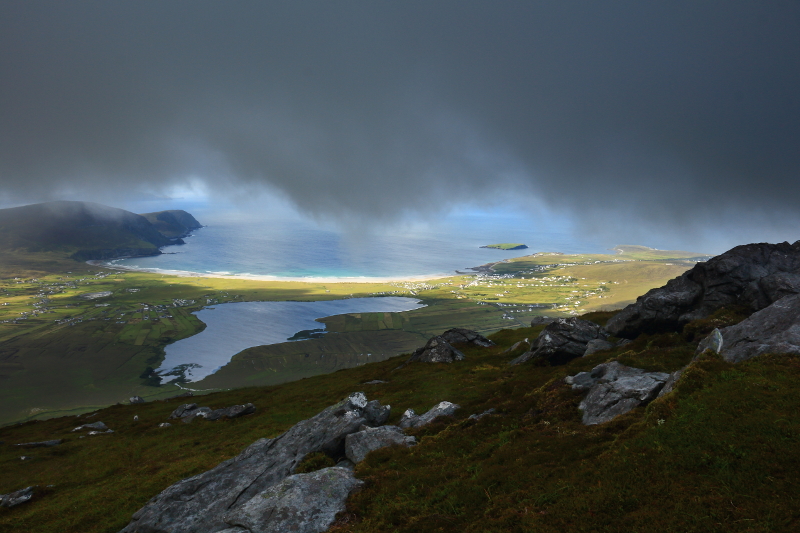 Cloud sweeping in to the south.

Keel Lough and Beach, with Minaun on the left.

Passing the stone shelter again as I headed back towards the summit.

Back on the summit, with the stone shelter in the background.

I had walked over the summit, continuing to the east a little to see the stone shelter, and the view down over Dugort.  I then returned to the summit and began to descend the western shoulder, retracing my steps from the way up.  A little further down, I would turn down the southern face and return to my starting point at the deserted village.  As I descended the shoulder, I was facing in the direction of Croaghaun, and the weather over that mountain and the surrounding sea was really putting on a show.  Dark clouds skimmed the summit of Croaghaun, with veils of rain hanging underneath.  The intermittent sunshine behind added a rainbow, and it was a slow walk down the shoulder as I constantly stopped for photos in the quickly changing light. 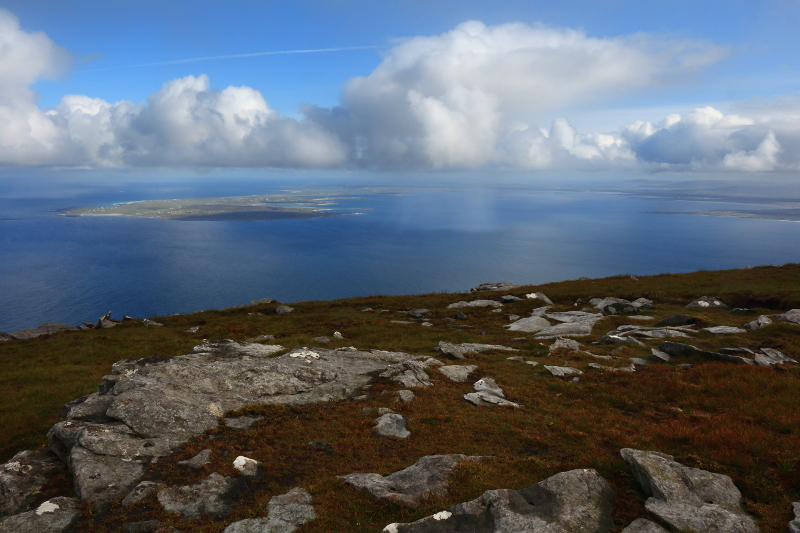 A quick look north to the Mullet Peninsula. 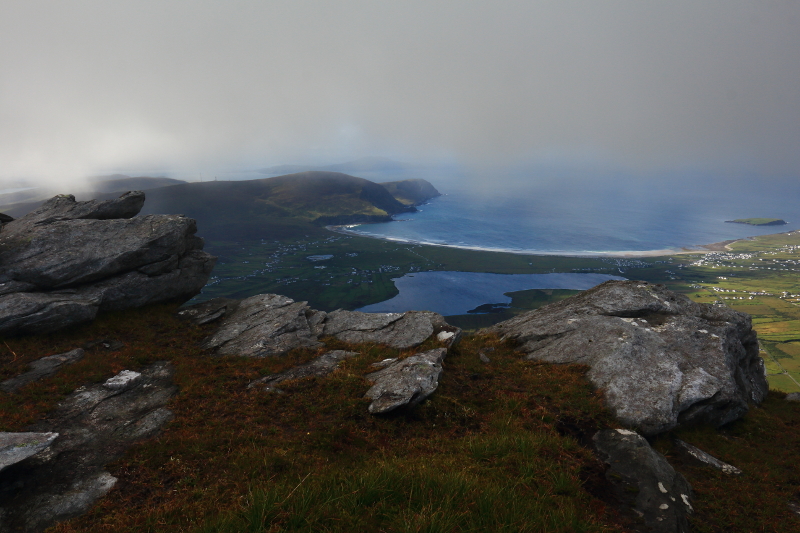 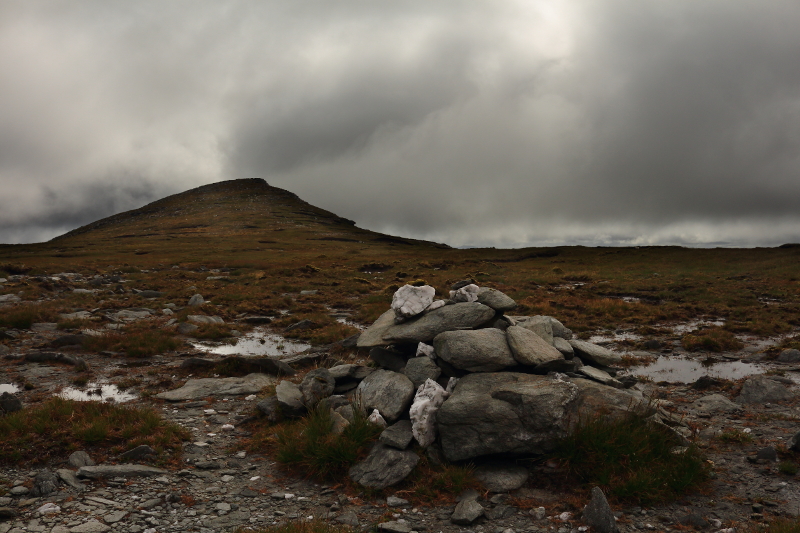 Looking back up at the summit from a small cairn on the western shoulder.

The weather show around Croaghaun just starting to get really dramatic. 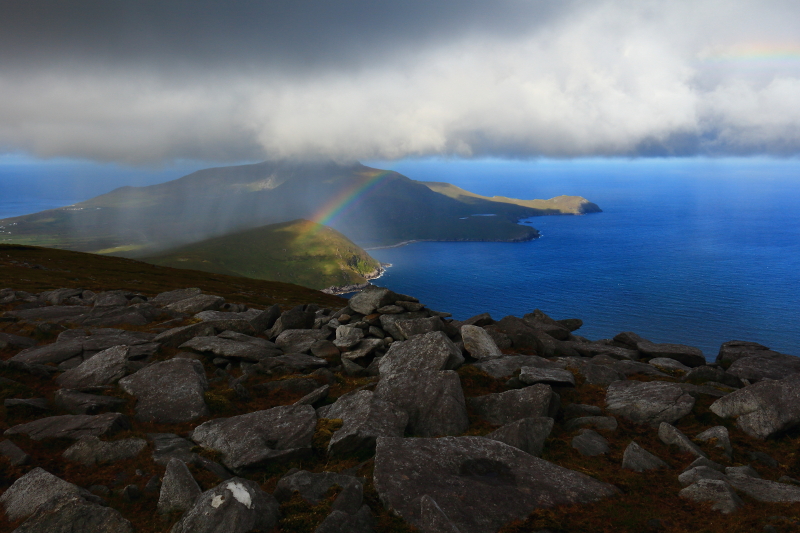 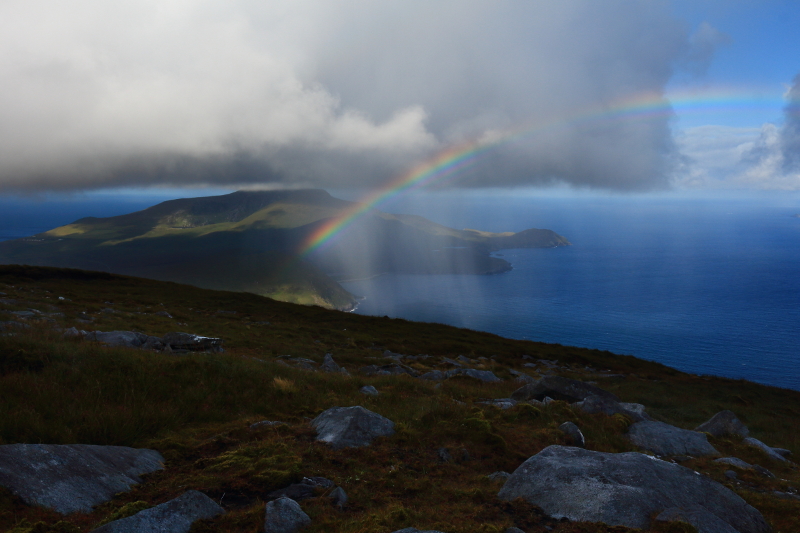 It was around this point that I had reached the western shoulder from the southern slope on the way up.  On the way down, I decided to go a short distance further west before turning to the south, to walk round a few little pools I had noticed.  I’ll continue the walk back down to the deserted village and starting point in the final part.

10 thoughts on “Slievemore: Wandering Around The Top”