First stop at the bridge over the Erriff River.

The fourth day of our holiday, and we were leaving Achill Island for a drive to the town of Clifden in Co Galway, often considered the capital of Connemara.  We could be assured that we be passing through some beautiful scenery in this famous part of Galway.  We would also see some stunning mountains in south Mayo, and Killary Fjord and harbour, forming a border between the two counties.

It was raining as we set out and we made our first quick stop as it finally dried up, at the bridge over the Erriff River. 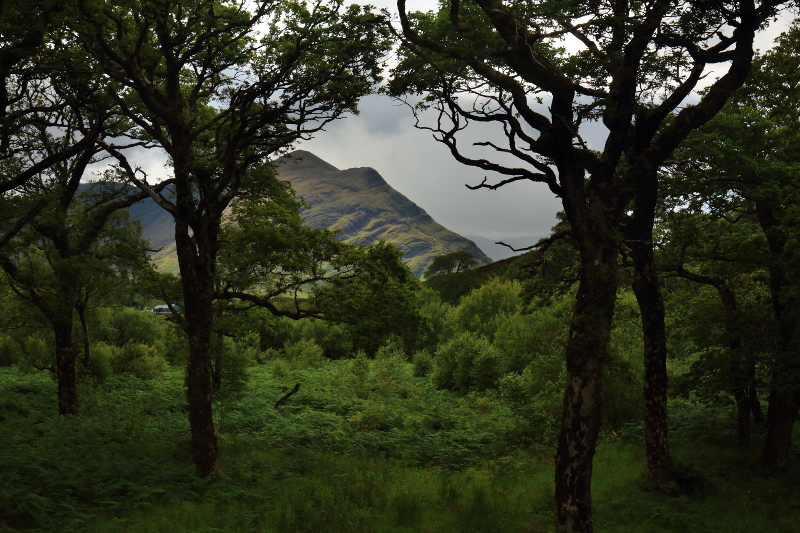 A little further on, we arrived at Killary Fjord and harbour, one of the most famous scenic spots in Ireland.  We made a few brief stops along the shore of the fjord before continuing on our way.

Just before arriving at Killary Harbor, and we got a view of Ben Gorm which overlooks the fjord.

Ben Gorm from across the harbour. 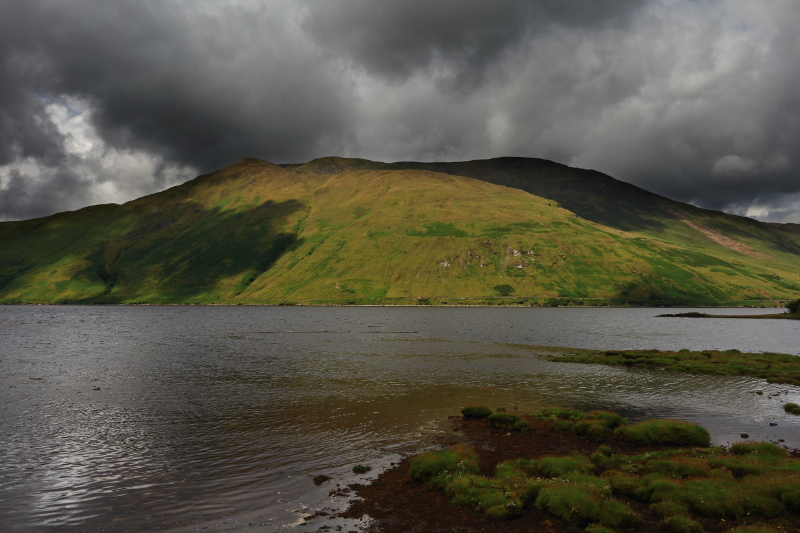 Looking along the fjord, with Mweelrea, the highest mountain in Connacht, in the distance.

Moving further on into Co Galway, our next stop was another famous location – Kylemore Abbey.  One of the most photographed places in Ireland, we couldn’t pass without stopping.

The Twelve Bens mountain range to the south.

At the entrance to the abbey. 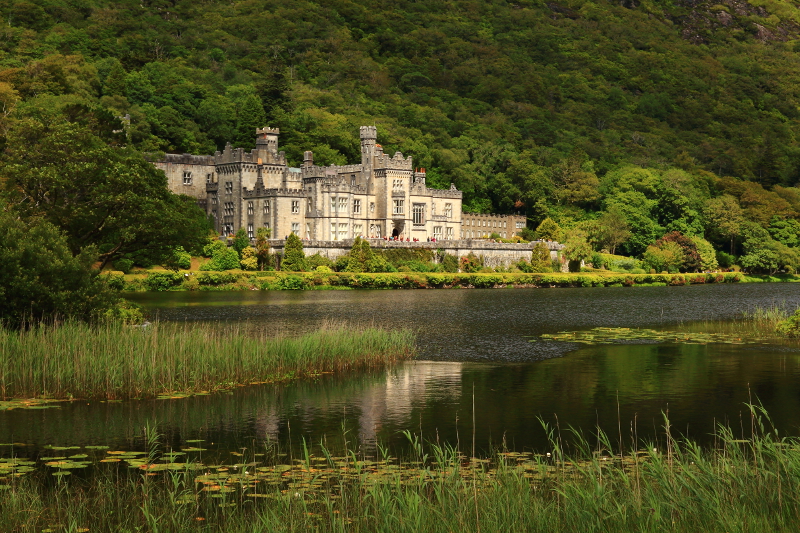 Onwards to Clifden for lunch.

The Alcock and Brown Hotel in Clifden, named after the famous aviators who crashlanded nearby after making the first transatlantic flight in 1919.

The town also has links to Guglielmo Marconi who chose it as the location for his first transatlantic wireless station. 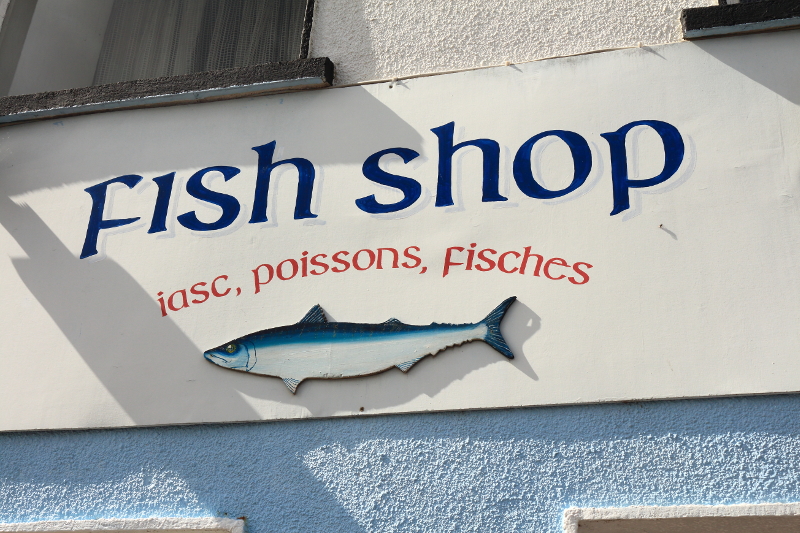 After Clifden, we were beginning to make the journey back to Achill, but on the return leg, we initially took a slightly different route, passing between the Twelve Bens and the Maamturks, two spectacular mountain ranges. 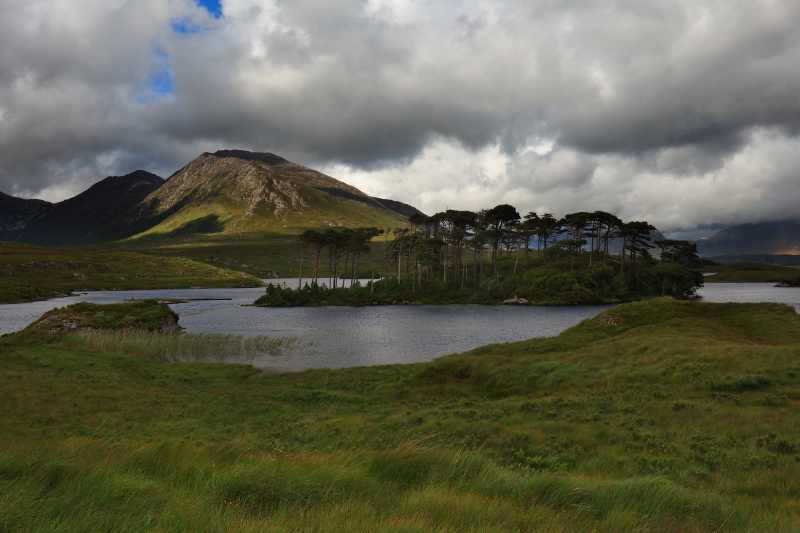 Looking over Derryclare Lough to the Twelve Bens.

A stack of drying turf at the same location. 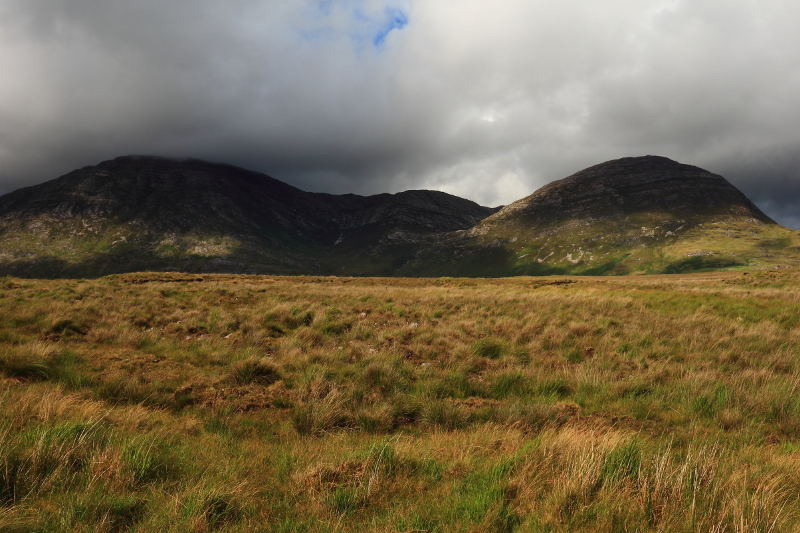 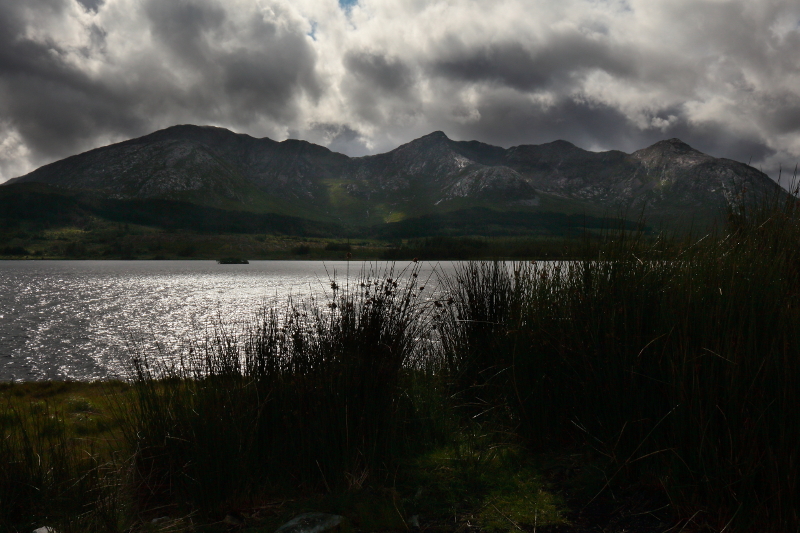 The Twelve Bens from across Lough Inagh.

Soon after, we rejoined the road we had taken on the way there, and as we returned, through Co Mayo, I only had time for one more shot, back at the same location as the first few, where the road crosses the Erriff River.  After that, the good luck we had gotten with the weather deserted us.  I couldn’t complain as it had mostly held up for us as we passed through some of the best scenery in Ireland, and our travels for the day were now almost over.

A last shot, looking towards the Devilsmother mountain from the River Erriff crossing.

9 thoughts on “Driving From Achill To Clifden”