The Tower House at Kildavnet.

Still on our first day on Achill Island, and after visiting Mulranny, we took a drive around the southern point of the island as the day turned increasingly grey, wet and overcast. 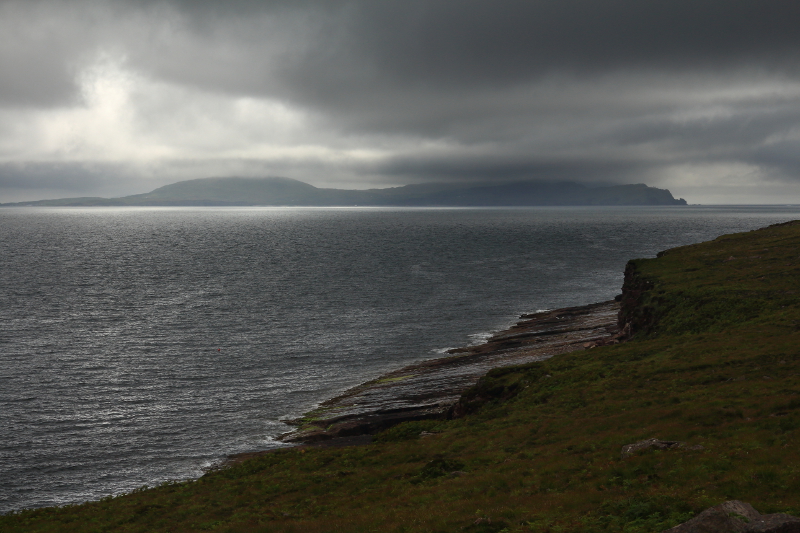 A slate-grey sea, with dark clouds over Clare Island.

Our first stop was at the Tower House castle at Kildavnet.  The three storey tower dates from around 1429 and was built by the O’Malley clan.  It is most associated with Grace O’Malley, the famous pirate queen who dominated this part of Connacht, and lived from 1530 to 1603.  Grace, or Grainne, had several bases in the area, including on Clare Island, and has many stories and legends attached to her name.  On one occasion she sailed a ship up the Thames to meet with Queen Elizabeth I, who she insisted on meeting on equal terms.

As we continued round the coast, we made a couple of stops when rain allowed for quick photos of the rugged scenery. 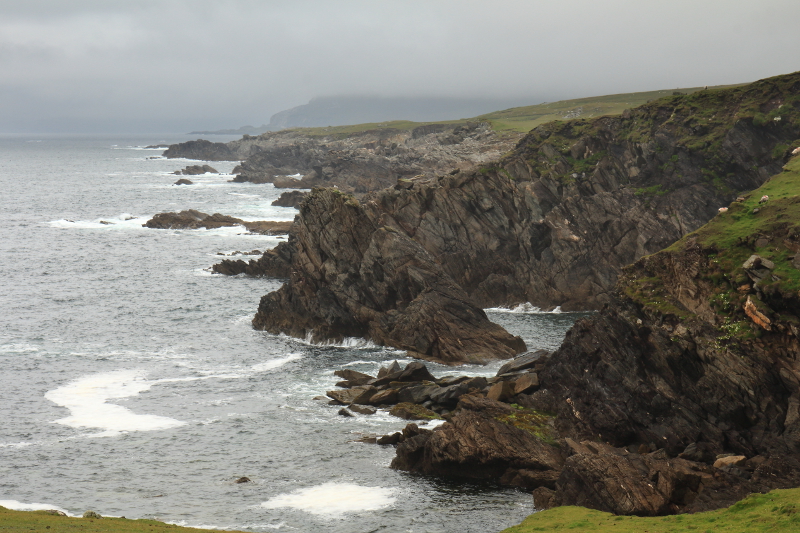 And finally, the rain stopped long enough for us to take in the views of the cliffs and sea stacks in Portnahally, or Ashleam Bay from the viewing point above. 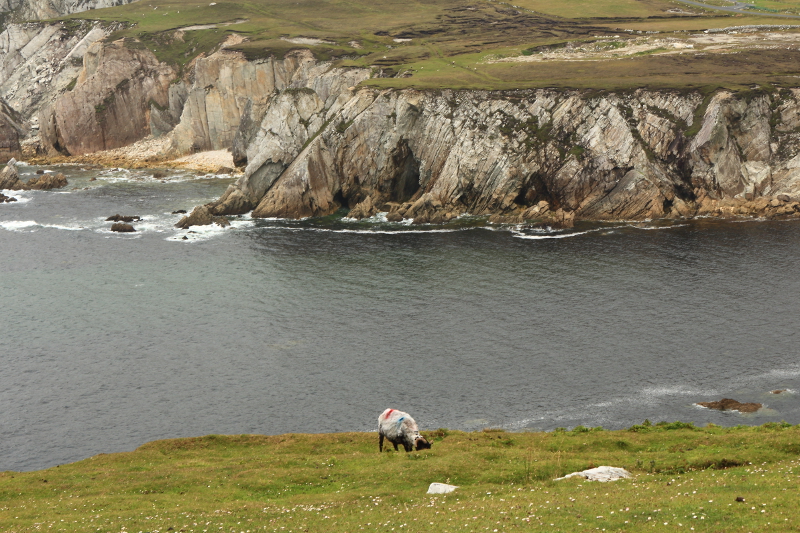 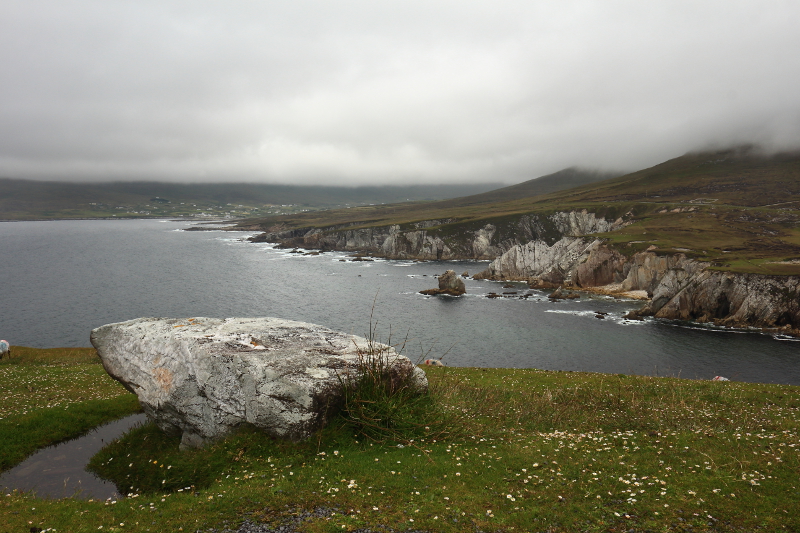 Even in the grey conditions, this was a striking view, and I fully intended to go back for photographs in better light, but as it turned out, we never did as there was so much to see and get round.  Gives me an excuse to go back to visit this location and a few others that I didn’t get round to on this trip.

4 thoughts on “South Side Of Achill Island”