Thrift, or Sea Pink, along the cliff tops around Horn Head.

I’ve previously posted on Horn Head, (https://aidymcglynn.wordpress.com/2014/08/04/horn-head/) where I’d taken a walk up to the top of Croaghnamaddy hill on the east of the peninsula, then driven west, before taking a walk out to the Napoleonic watch tower.  From the tower ruins, I had seen the coast stretching westwards, with more dramatic cliffs, and I planned to return and walk along them another day.  In May, I set off, starting near the watch tower, to go a little further along the coast.  A late start meant I wouldn’t get all the way round past the cliffs to Tramore beach on the western edge, but that just gives me a reason to return again to this spectacular area.

My starting point was the small parking area where the road comes to a dead end near Coastguard Hill, and setting off north, there were great views straight away, over to the seaward cliffs of Croaghnamaddy Hill, and also the cliffs to the north. 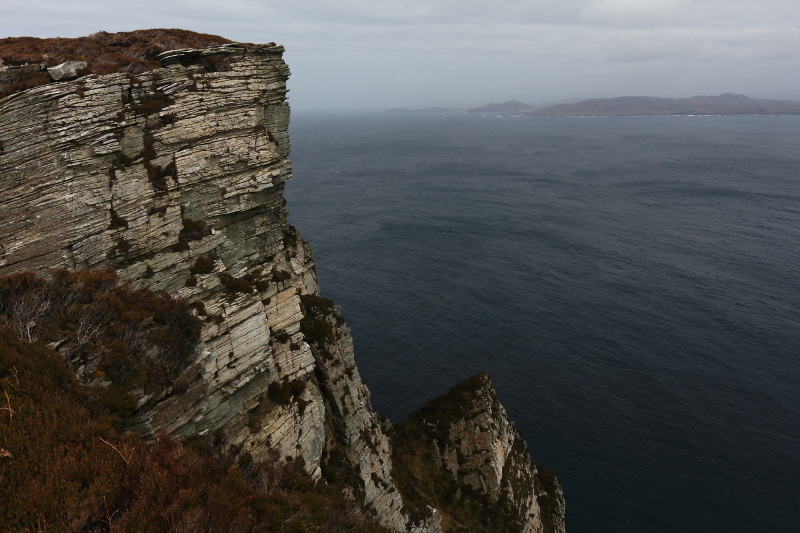 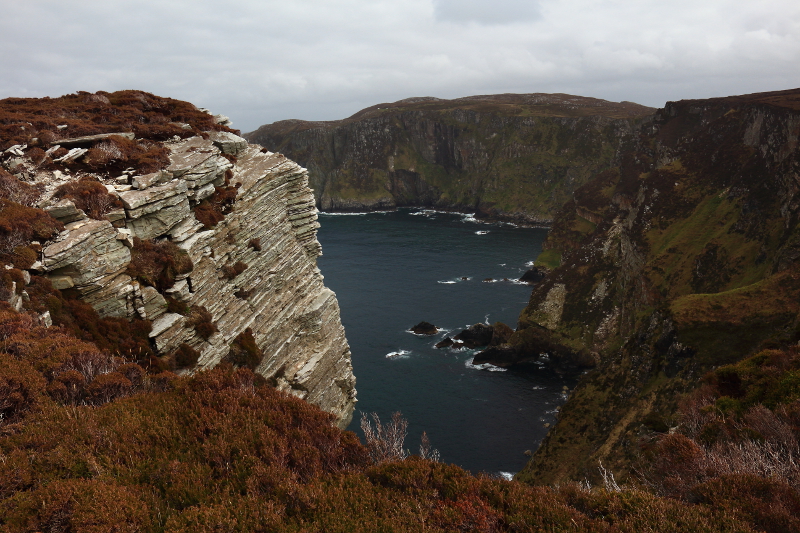 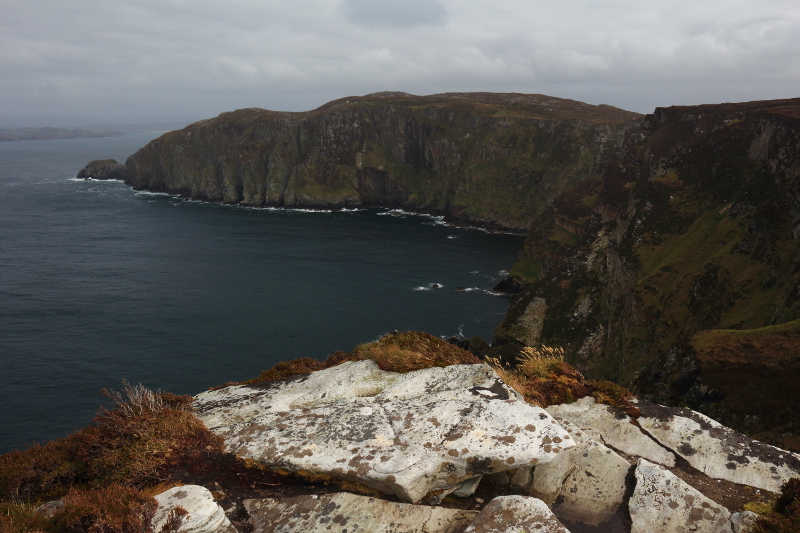 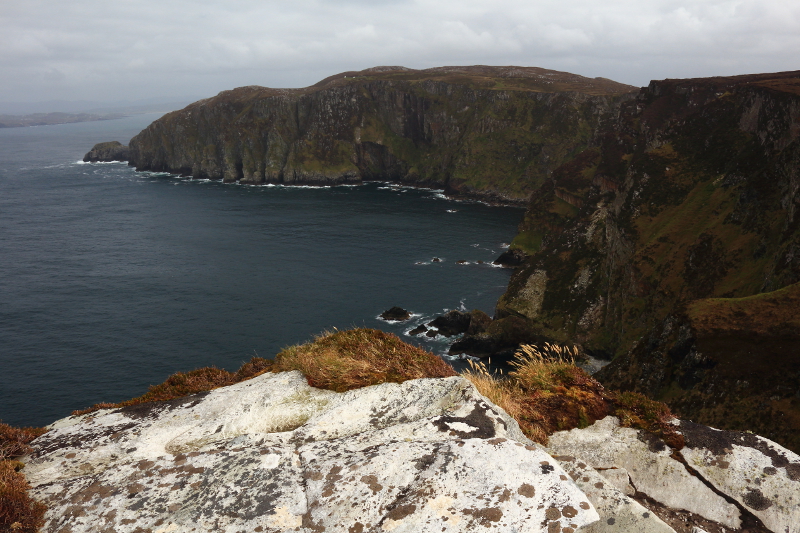 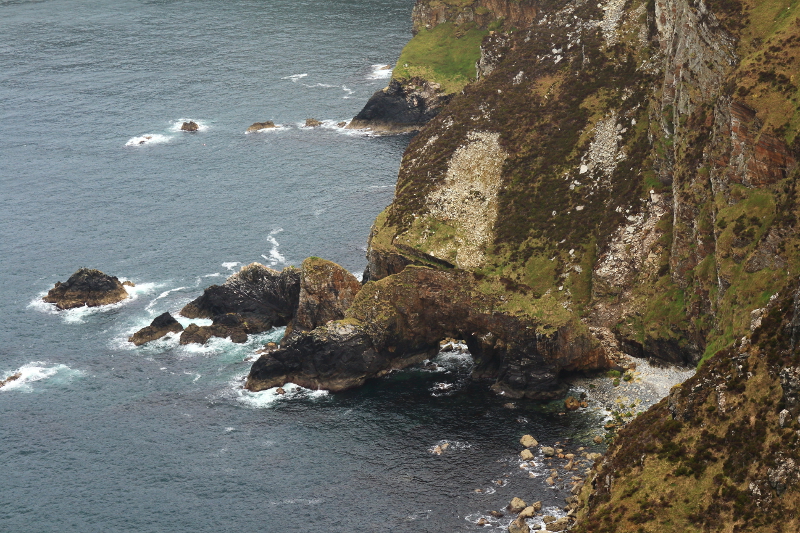 A sea arch far below.

On this stretch, the watch tower ruins formed a clearly visible landmark to aim for initially.  The watch tower was built during the Napoleonic Wars, to guard against invasion by Napoleon’s forces.

The watch tower ruins on the high ground ahead. 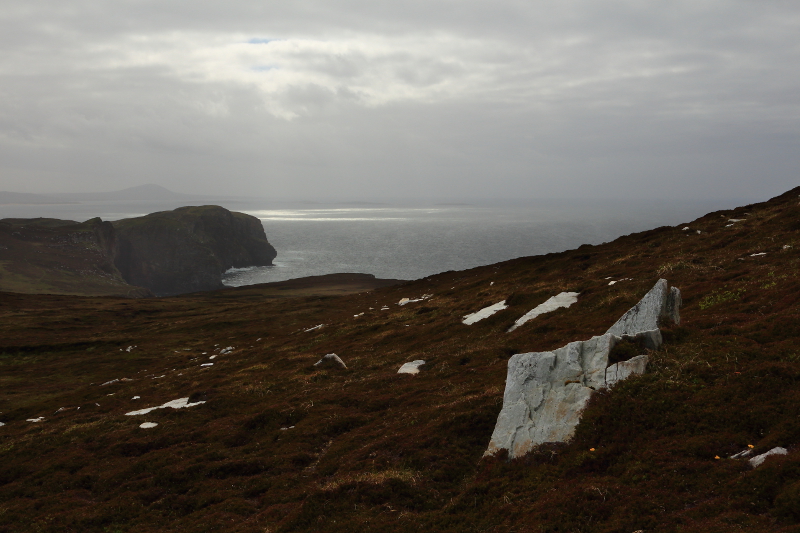 I took a bit of time here to photograph the tower and peer over the steep drops to the sea a few metres away. 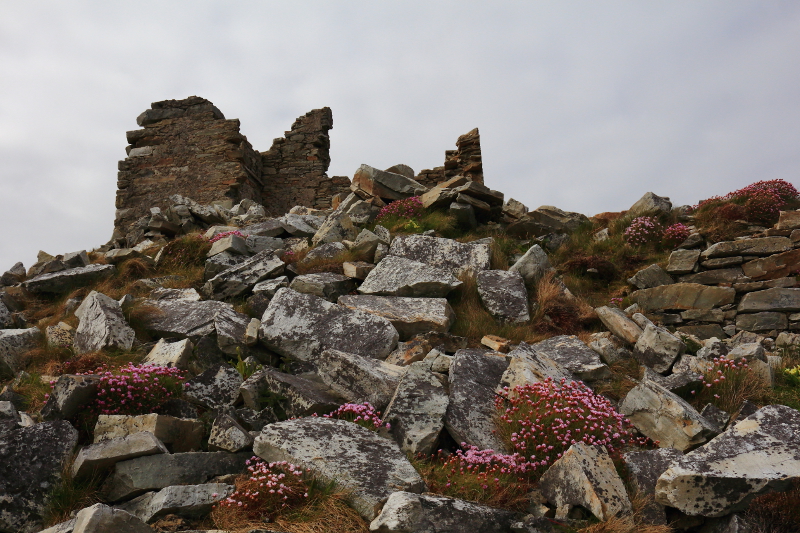 The next stage was the short walk to Horn Head itself, one of the many high headlands on the coastline of the peninsula. 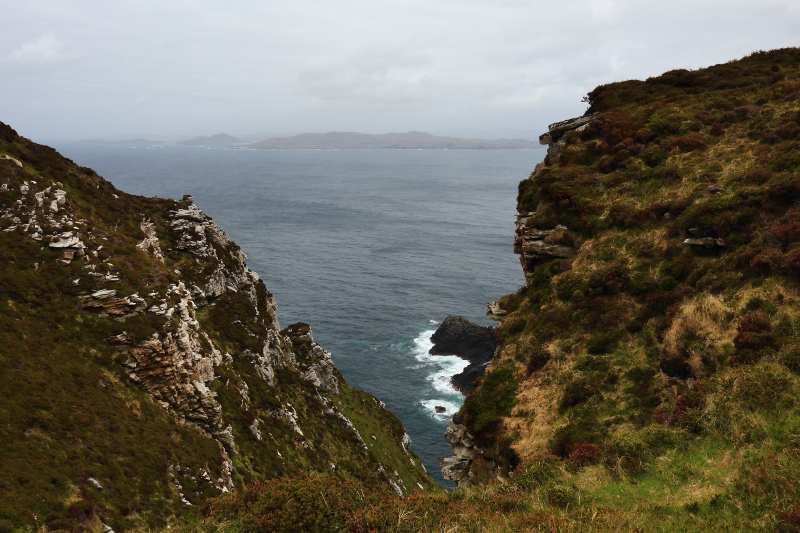 This narrow projection was a dizzying viewpoint.

Views now along the length of the cliffs to the west on the northern edge of the peninsula.

The high, jutting viewpoint I had been nervously standing on a few moments earlier. 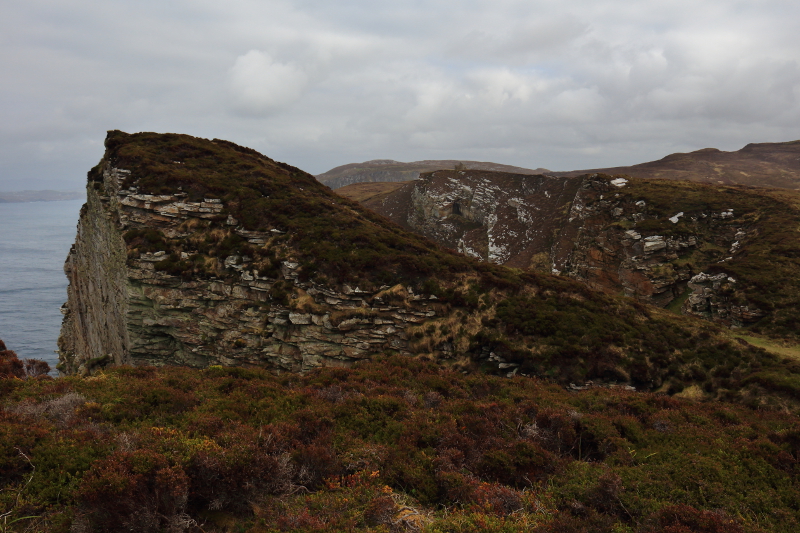 That viewpoint again from a different perspective.

It is this “horn” which gives the peninsula its name, and seen from futher west it is a more obvious analogy as some of the later photos hopefully illustrate.

From the horn-like prominence, I now wandered west along the indented cliffs.  Under moody skies, with the Atlantic crashing at their feet, the cliffs on this stretch of coastline are a perfect embodiment of “The Wild Atlantic Way”.

You can see the “horn” from the name Horn Head clearly from this direction. 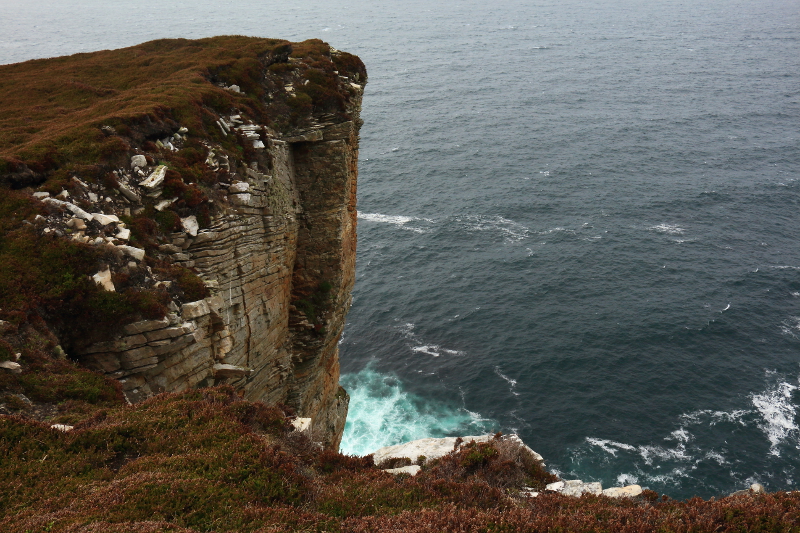 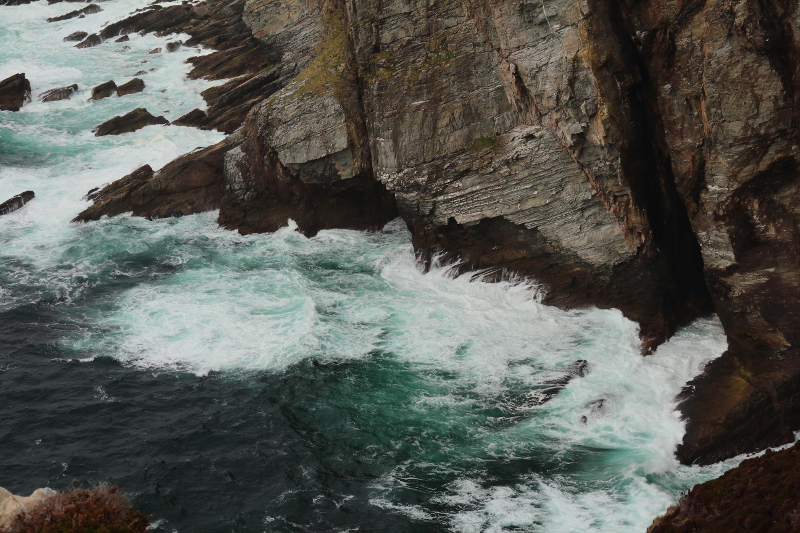 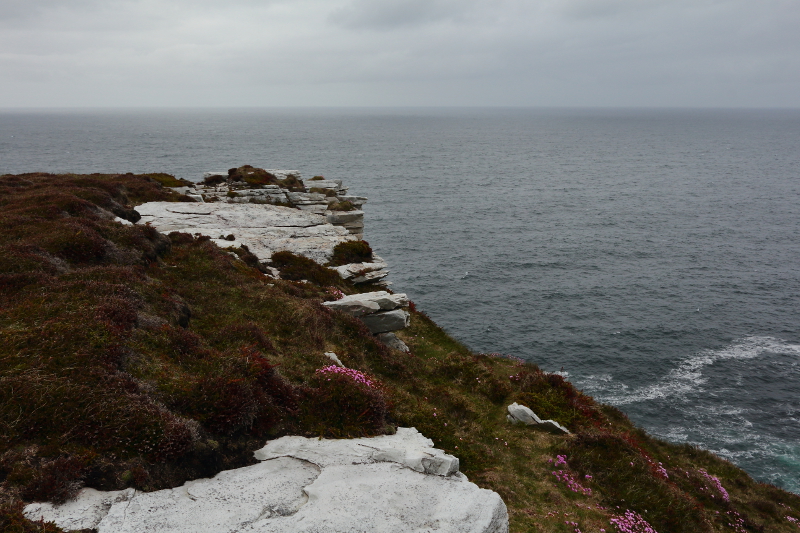 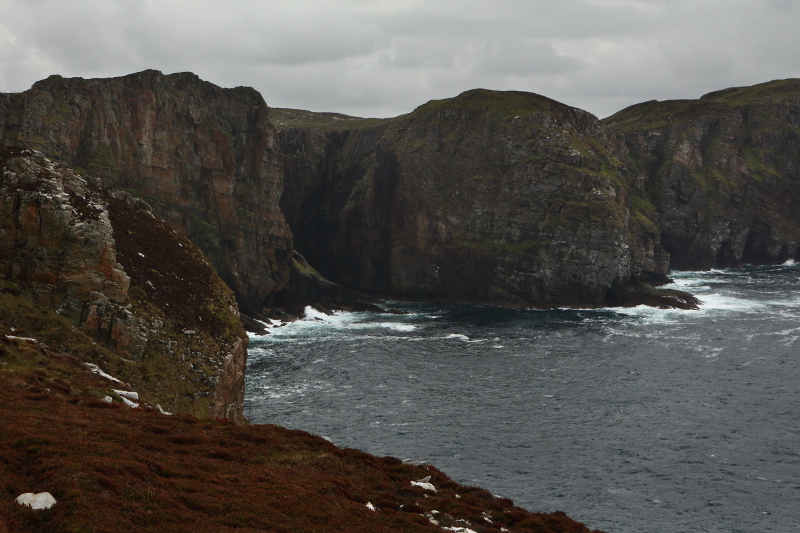 Deep indentations and caves in the cliffs, worn away by the Atlantic onslaught. 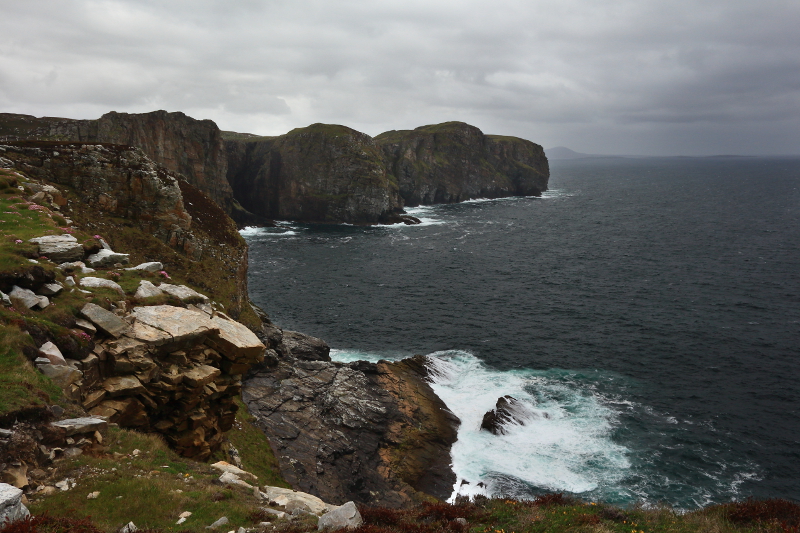