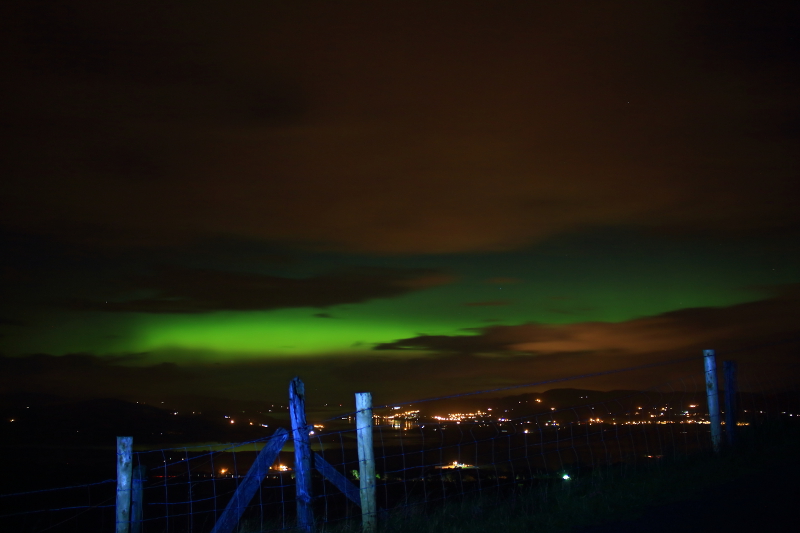 They may not be the best shots you’ll ever see of the aurora borealis, or northern lights, but I was hugely pleased to even get to see the phenomenon for the first time ever, and getting any sort of photograph was a bonus for me.  After work, seeing on the news that it might be visible, I set off as soon as possible for Greenan Mountain in Co. Donegal.  In hindsight, it might not have been the best place to go, as it took a while to get there, meaning that although I saw a great display just as I arrived, by the time I got to higher ground and set the camera up, it started to cloud over and I missed the best of the colour for photographs.  There was also more light pollution this close to Derry than would be ideal.  Right on the coast would have been better for some reflections in the foreground, but far enough that I probably would have missed it completely.  I was so excited at the seeing the borealis, that I found it difficult to force myself to concentrate on focusing and exposure etc too!

Still, I was absolutely thrilled to witness it, and its something I’ll never forget.