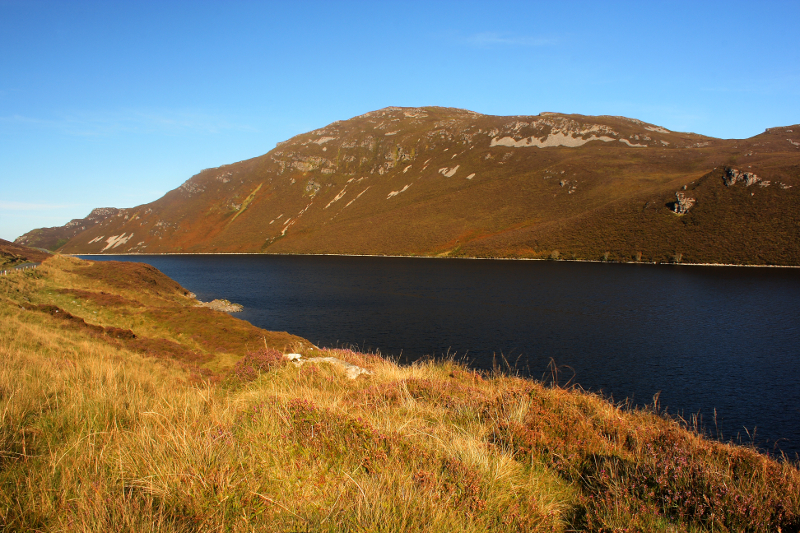 My next post will be on Lough Salt Mountain in Co. Donegal, but before that, I wanted to do a post on Lough Salt, from which the mountain gets its name, with some photos I took years ago when I was just starting to become interested in photography.  I was driving aimlessly around north Donegal when I saw a sign for “Lough Salt Drive” and followed it to explore.  I was captivated by the scenery I found.  The lough is used as a reservoir and it is potentially the deepest lough in Ireland – potentially as there seems to be no certainty of how deep it actually is!  Loughsalt Mountain rises steeply from the long eastern shore of the lough.  It is 469m high, and I finally got around to walking it in April, having wanted to do so since seeing it the day I took these photos.  On that day, I arrived at the southern end of the lough, where there is a pump house due to the lough being a source of drinking water.

At the southern end of the lough.

The road then hugs the western shore of the lough allowing for great views along its length and over to Loughsalt Mountain on the opposite shore.

Loughsalt Mountain on the far shore, from the roadside along the lough.

Further north along the lough, the road steers away from the shore a little, rising to slightly higher ground where there is a place to pull in and park, and a viewing point.  This is on top of the low rise on the western shore and allows for great views over Greenan Lough on lower ground below.  Beyond that is a wide panorama from the coast in the north, to Glen Lough a little south of that, and to the west, the chain of mountains stretching from Muckish to Errigal.  A fantastic view which was what made me want to climb Loughsalt Mountain, to see what its loftier viewpoint would be like.

Looking back down on the lough from the viewpoint, towards the southern end. 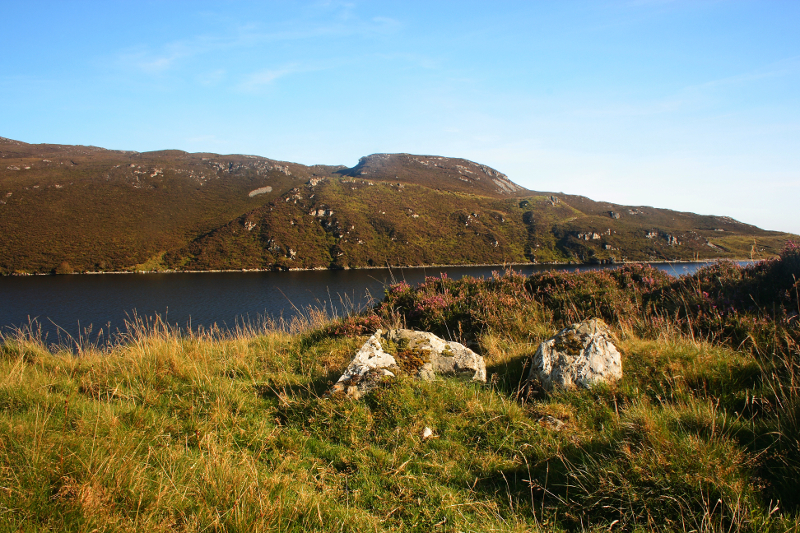 Across to the lower, southern slopes of Loughsalt Mountain.

Greenan Lough below, a glimpse of Glen Lough beyond, and futher still, the north coast. 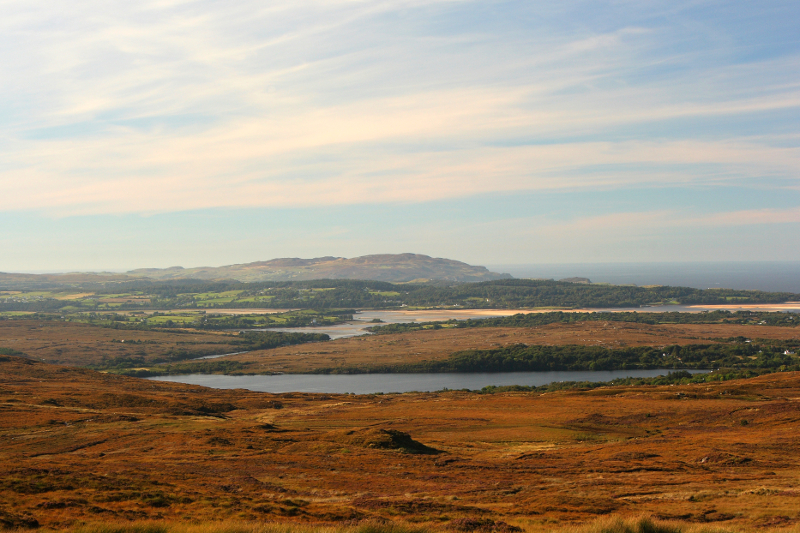 North west to the coast.

I stopped again at the northern end of the lough for a short walk across the grassy terrain to take in the views over another small lough, north to the coast again, and down to the norhtern edge of the lough to look along its entire length from this end.

Another little lough at the northern end.

View northward to the coast.

On the shore at the northern end, with Loughsalt Mountains rising steeply on the left. 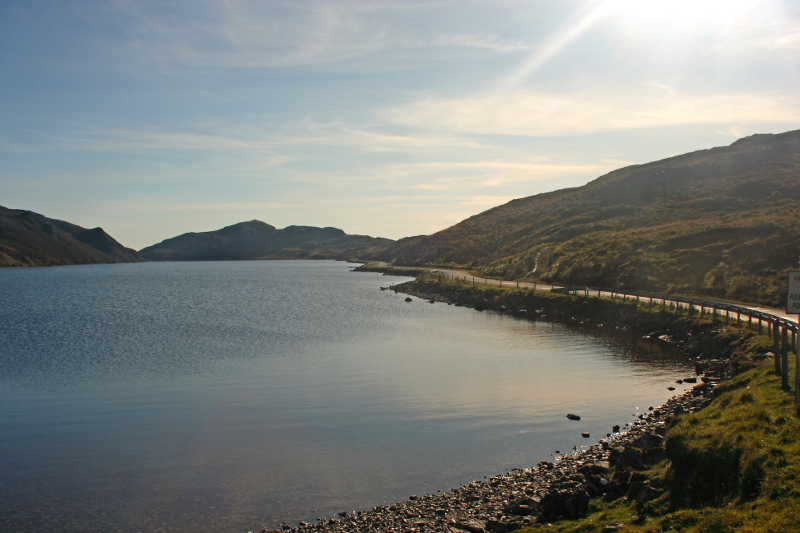 Looking south from the roadside along the lough.

A beautiful location, and my next post consists of more recent photos, from April 2015, taken on a walk up Loughsalt Mountain.  Interestingly, not everyone shares my enthusiasm for the area, and I’ve seen the following account quoted a few times on the internet, and although it has been dated as 1873, I couldn’t find any mention of who wrote it or the source.

“It is a very frightful pass of a quarter of a mile, the descent of the road being steep, the mountain rising over it to a vast height and often dropping down rocks from its abrupt precipices and the no less frightful lake below, sure to swallow up the traveller if he makes the least false step. And to make this place still more dismal, from the height of this declivity, the eye is shocked with an unbounded prospect, especially to the southwest, of barren mountains rising in endless groups beyond one another without one agreeable object or spot of green to relieve it”

Certainly a different point of view!