Clondermot Hill is one of those small Sperrin Mountains outliers that I’ve been picking off recently.  Overlooking the town of New Buildings and Derry City, it took me took me two attempts to get to the top of the little 220m high hill.  I was making the ascent on the way home from work, and I thought initially it would be just a matter of crossing a field or two from the Kittybane Road, which passes high along the side of the hill meaning much of the ascent is already done.  It wasn’t a long walk, but it was a bit longer than I thought, and on the first day I tried, I realised I wouldn’t have time to get to the top and back, before having to leave to pick up my wife on the way home.  I returned the next day, and having allowed a little more time, made it to the top.  The weather on both days was almost identical – sunny, but with the views restricted by haze.

Starting from the Kittybane Road, there was a stile leading across a field to another stile at the far side.

The stile on the Kittybane Road. 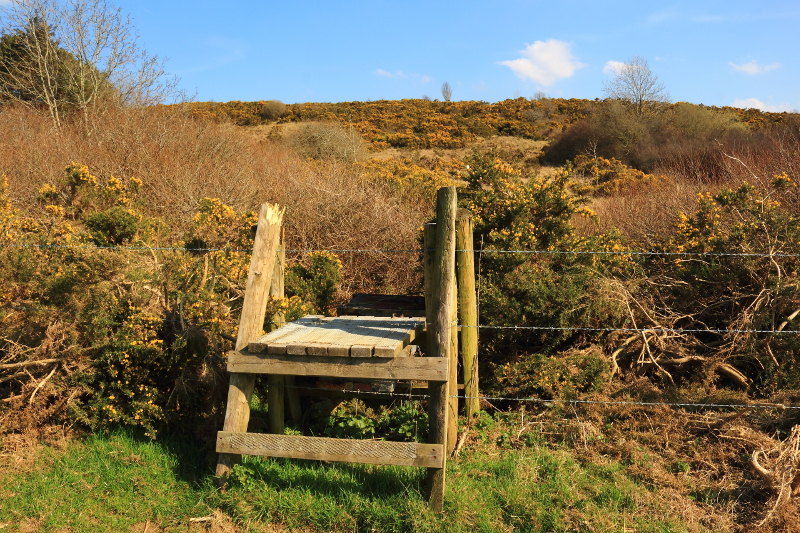 And another at the far side of the field.

The second stile led to this makeshift walkway across a ditch.

Having crossed the stiles, I found myself having to force my way through an area of thick gorse, or whin bushes as they are known in our part of the country.  There was nothing for it but to accept getting jabbed by the thorns as I pushed through.  To take my mind off it, I took occasional glances down towards the River Foyle in the valley below. 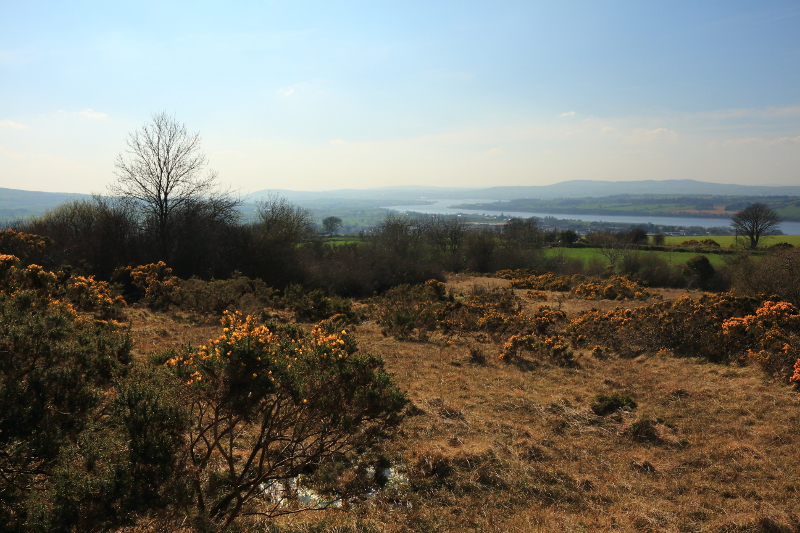 The River Foyle in the distance. 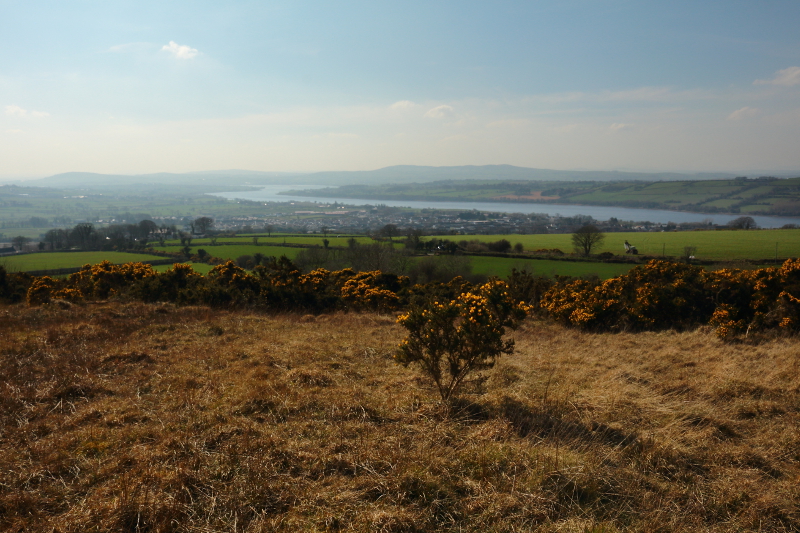 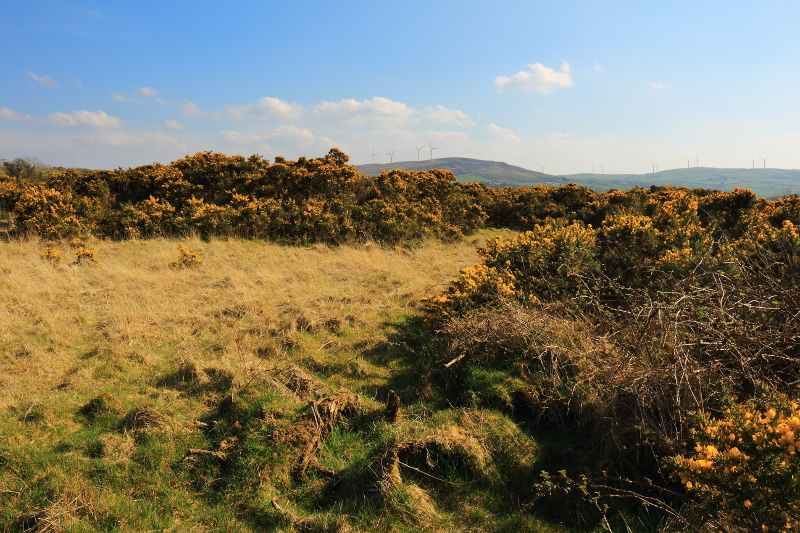 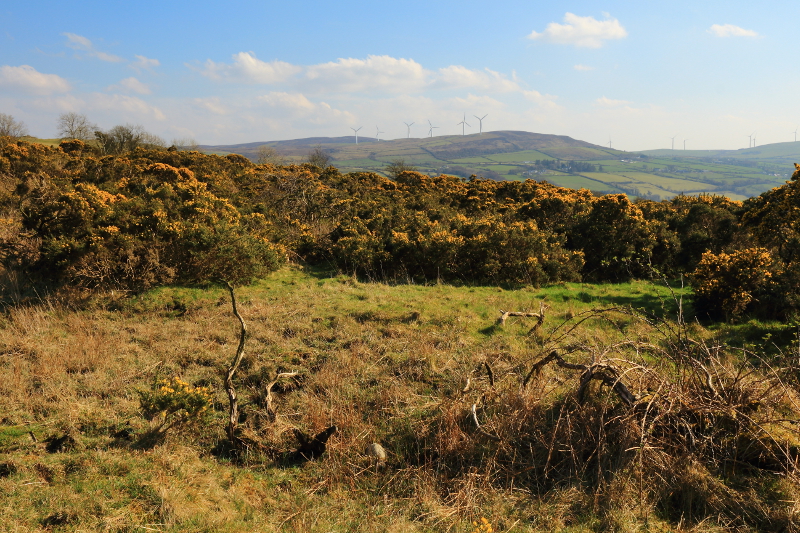 Emerging from this torture, I was able to see the summit ahead. 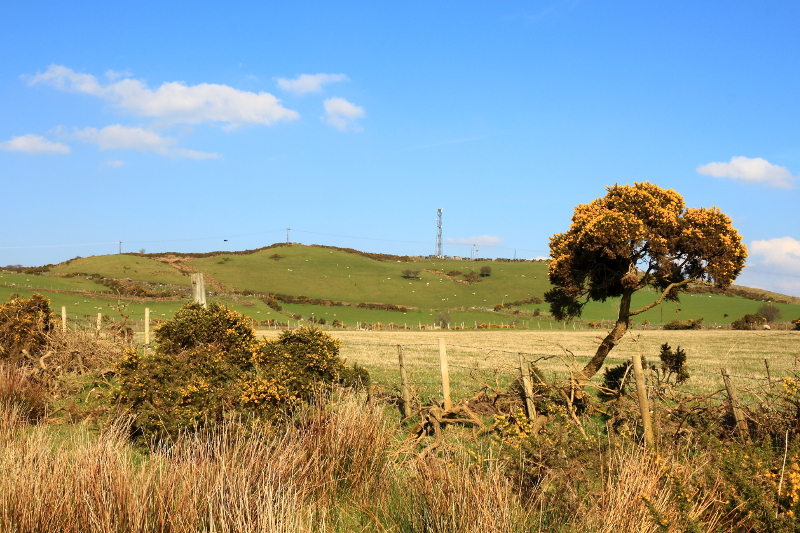 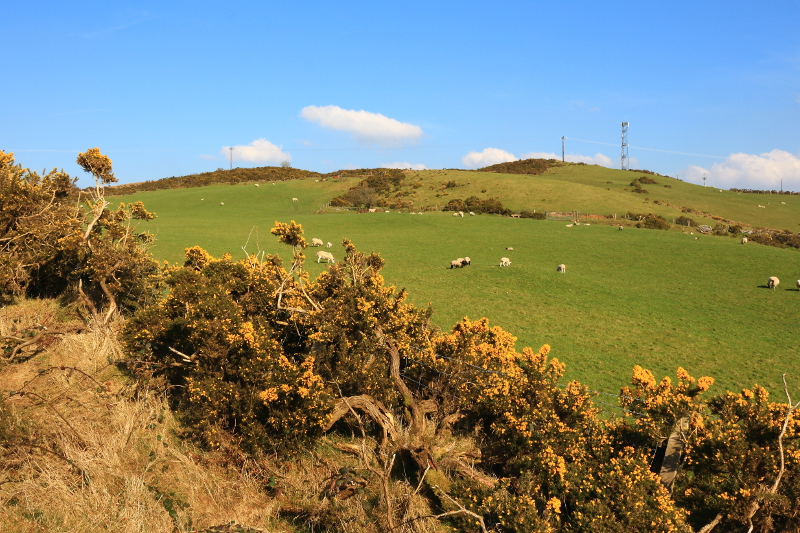 It was at this point, on the first day, that I realised it would take me at least another half hour or so to get to the top and back down to the car, and as I didn’t have the time, I turned back here.  The photos from here on were taken from where I left off, the next day.  There can be access issues on the smaller hills as they are more likely to be on farmland, and closer to dwellings, so as I could see stiles crossing the fences, I stuck to that route, rather than heading directly for the top.  With a bit more height, I now started to get views over Derry City, although it was very hazy. 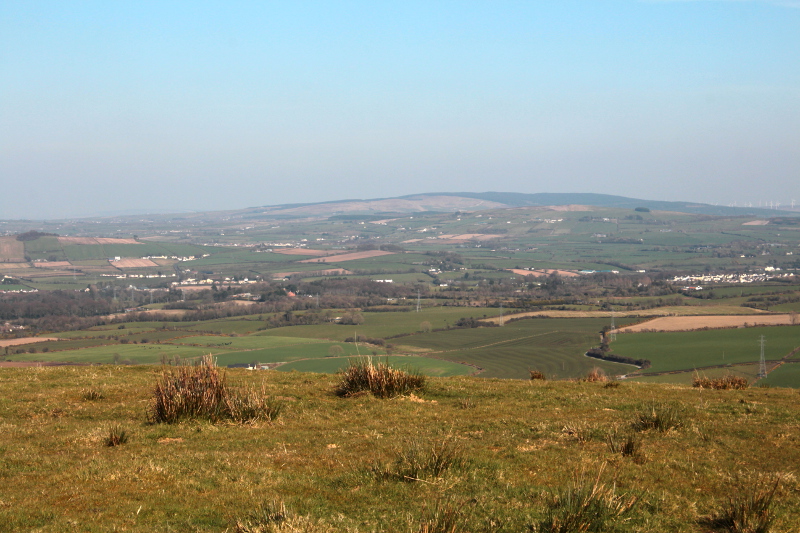 After another battle with the gorse, I was soon at the top, with new views now to the east too. 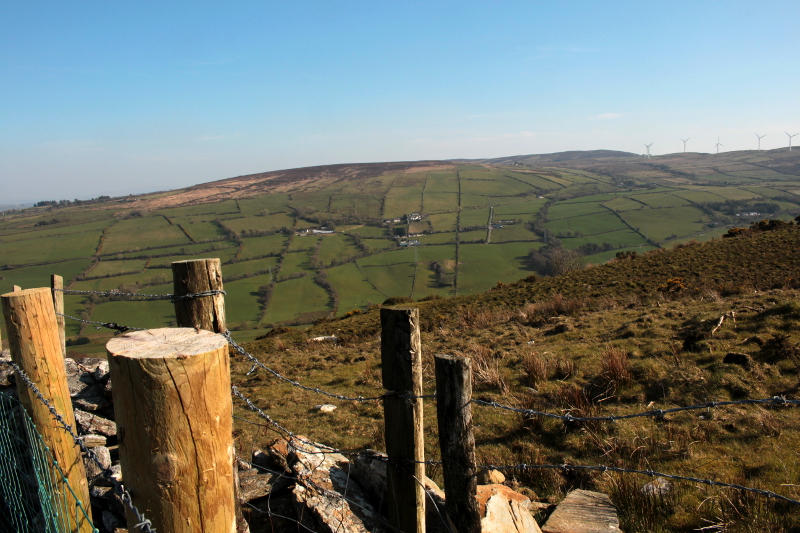 On the way down, I decided to avoid the gorse by taking a more direct route that I could now see, across a couple of fields and on to the Kittybane Road a bit further north of where I had started at its junction with the Gortinure Road.  It would be easier to walk along the road than through the thorny gorse I had faced on the way up. 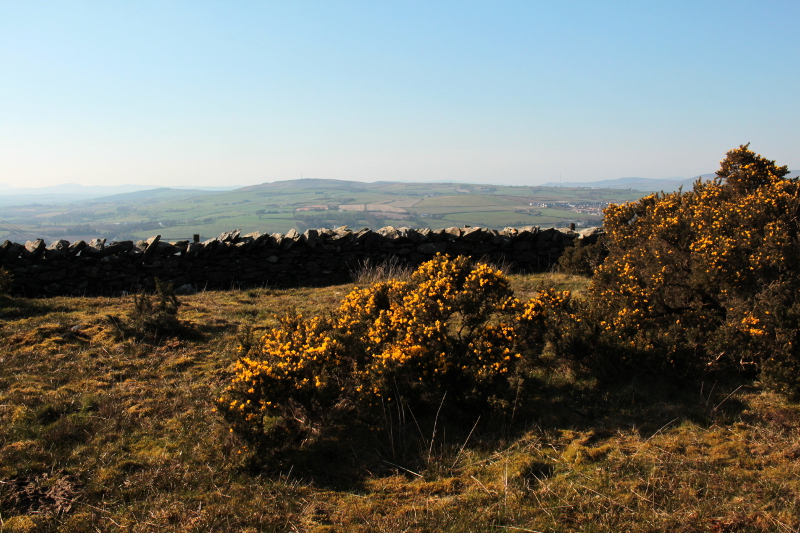 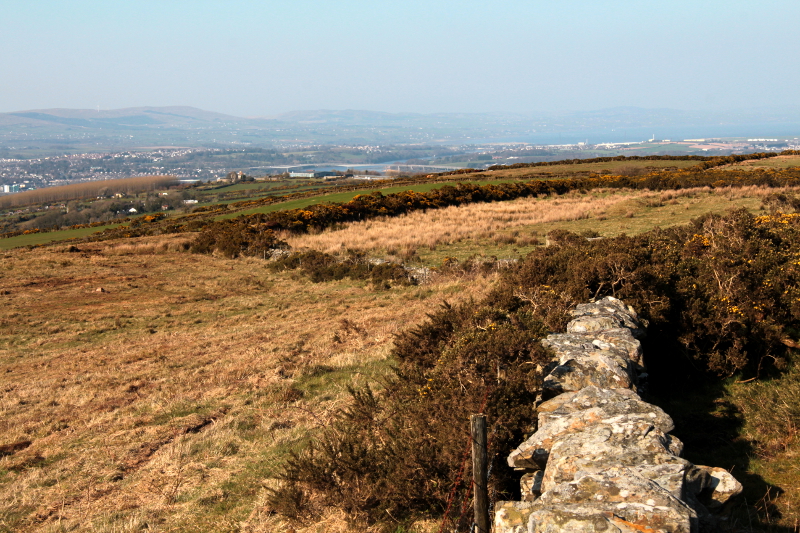 The Foyle Bridge in the distance. 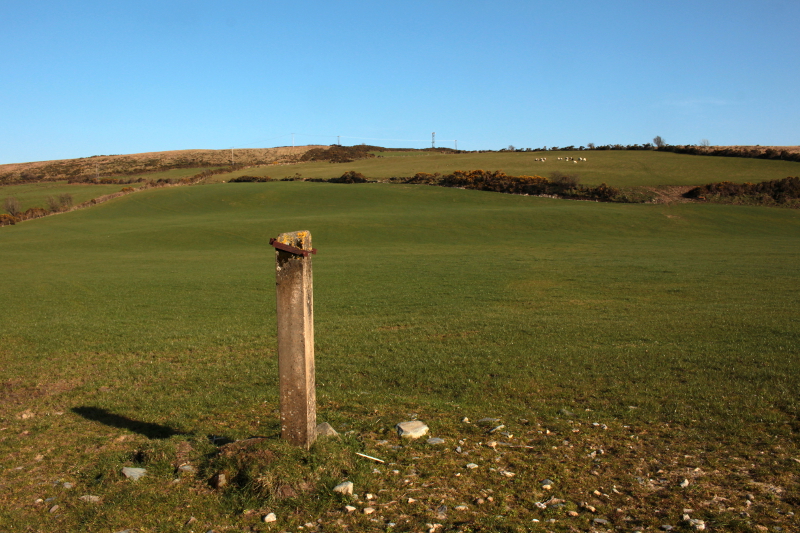 Back on the road, looking up to the top. 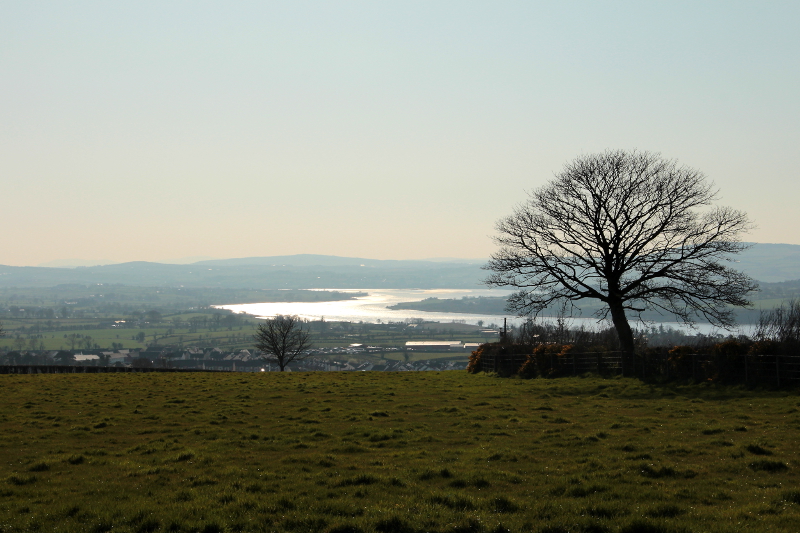 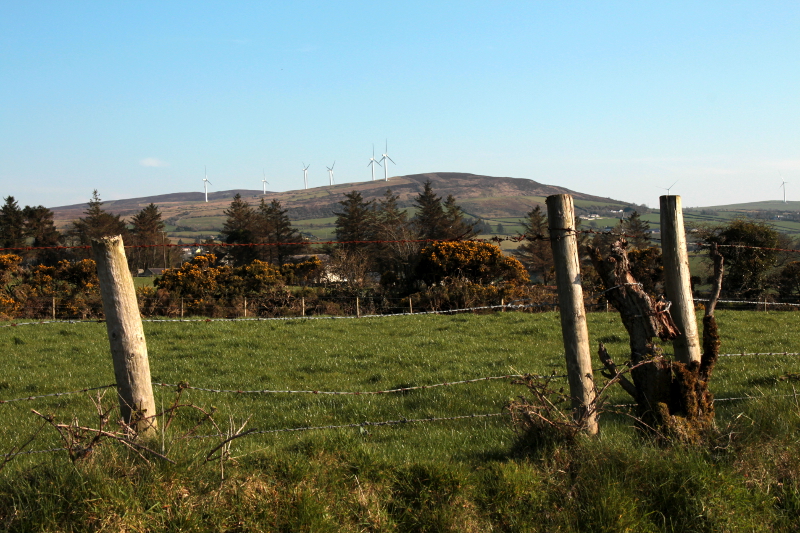 Walking along the road to the car.

A short, pleasant walk for a late Spring/early Summer evening.