View of Toralaydan Island, a huge sea stack, on the way up Port Hill.

In my last post I was giving an account of a visit to Port, Donegal, beginning with a short walk along the headland on the southern side of the bay.  When we returned to the little stony beach and pier where the road in ends, I persuaded my family that we should also take a walk at least part of the way up Port Hill on the northern side of the bay.  We set off on a the steep grassy slopes of the hill, passing just above the ruins of the abandoned famine village.  There were also good views across to the southern side of the bay that we had just visited, and further out on that side, Sturral Head.

The stony beach at the bottom of Port Hill.

Remains of the abandoned village.

Ascending the steep grassy hill, with views over to Sturral Head at the far end of the headland. 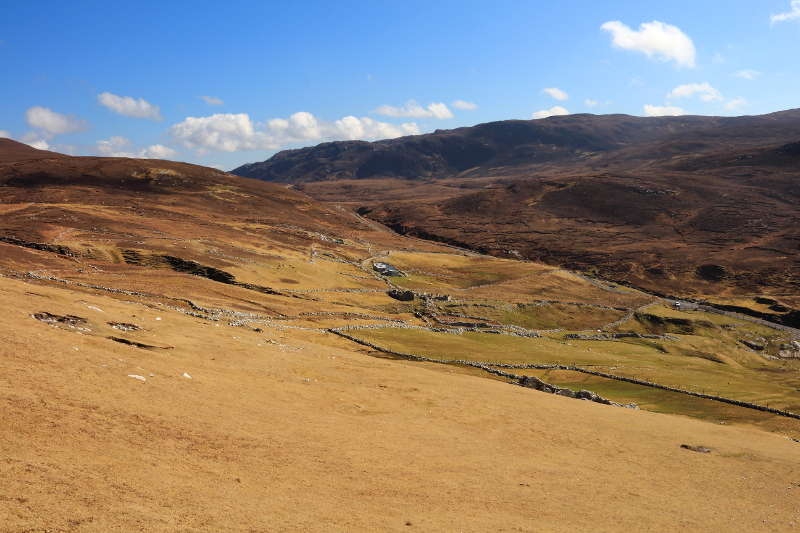 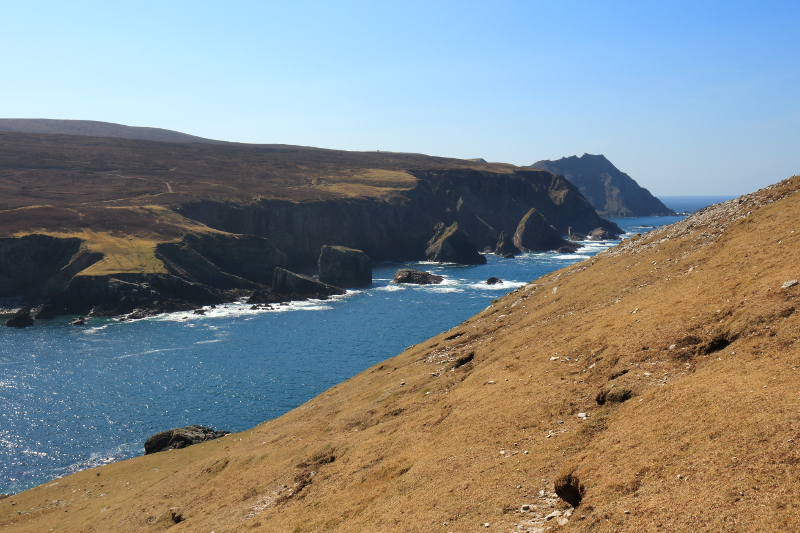 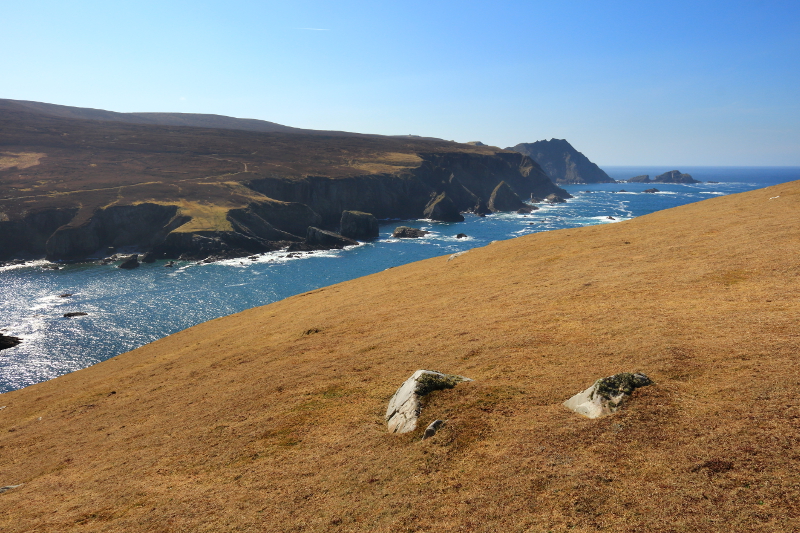 On the way up this initial stage, there appeared to be a little minor summit on the coastal side of the hill, with the slope continuing upwards on our right hand side.  As we got to this summit, it revealed itself to be a steep drop down a cliff to the rocks and sea far below.  Reaching this point also revealed the magnificent sea stack, the 90m high Toralaydan Island.  I had found the views so far to be breathtaking, but this was a new level again – amazing place!

Looking out to the Toralaydan Island sea stack. 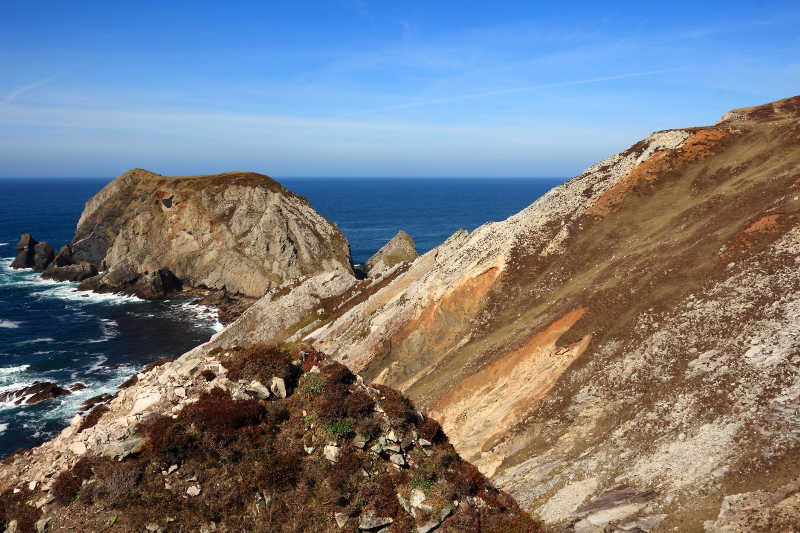 The height here also gave a new perspective on the other sea stacks we had already been able to see, and of Sturral Head.  Just behind Sturral Head, the lookout tower that we had seen from Glencolmcille (https://aidymcglynn.wordpress.com/2015/05/21/glencolmcille/) was just visible as a bump on the far headland.  It was incredible to think how close Glencolmcille was along the coast considering the long drive inland required to get here. 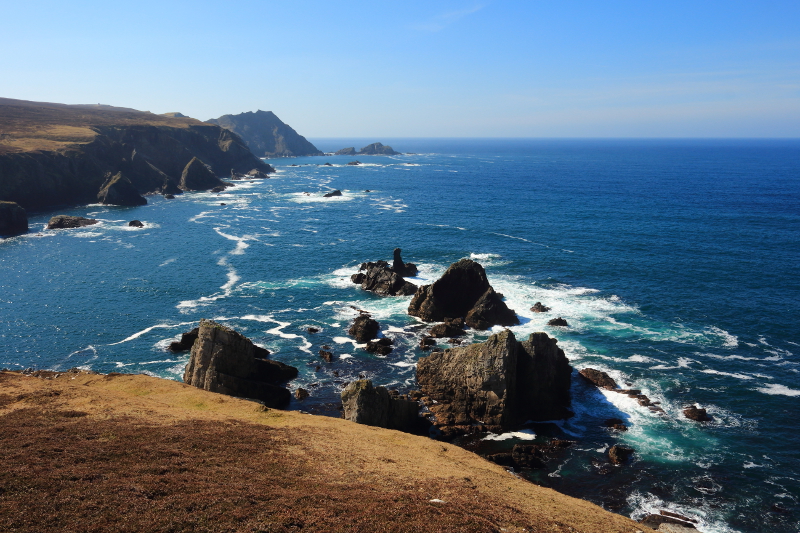 At this point, my family decided they’d had enough walking and elected to go back down to the car for food and rest.  I decided I would continue up the hill a little futher, although I knew getting to the top, and then exploring farther along the coast, and climbing Slievetooey Far West Top would be out of the question, for today at least.  I knew I wanted to return to do the rest of this walk another time, but I still wanted to see as much as possible now that I was here.  A little further up the hill, and there was a good view of the clifftop we had just been standing on. 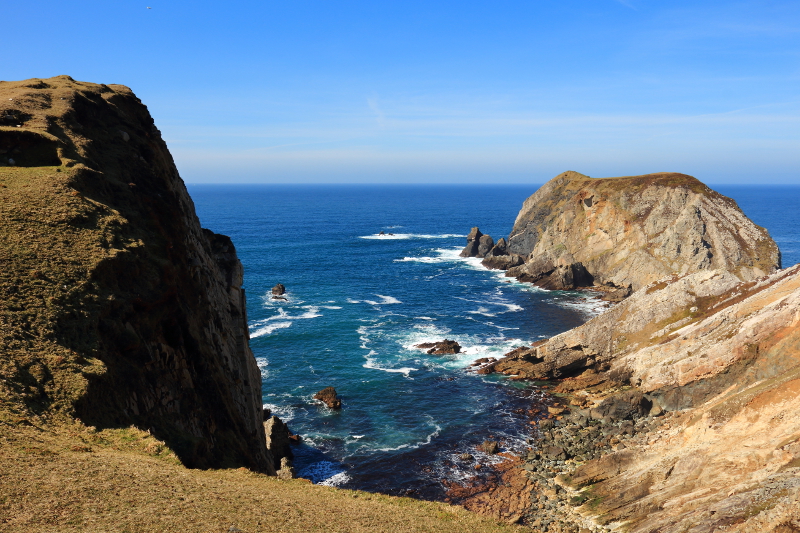 The cliff top we had just been standing on, on the left of the frame. 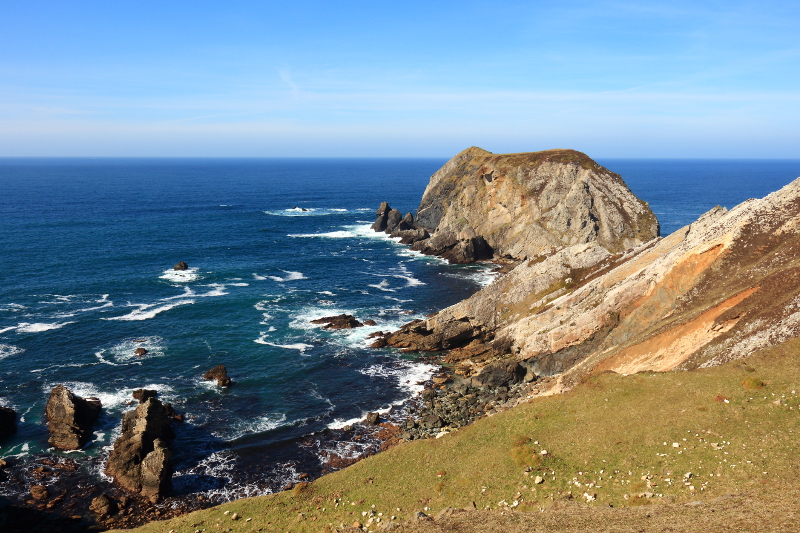 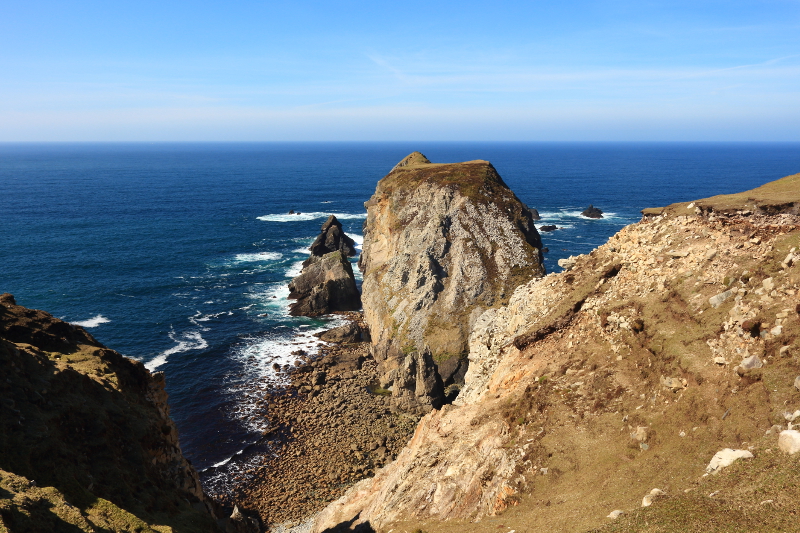 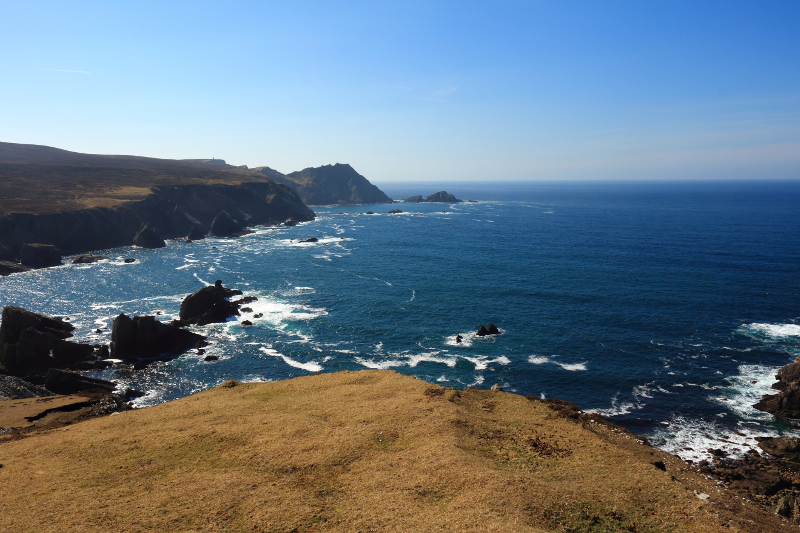 I really should have been turning to go back down to the car by this time, but the views were so magnificent, and I knew a bit about what else lay just a bit further north and higher up the hill, so I pushed on, and I’ll finish in the next post.