After leaving Toome Hill in Co. Donegal, we took the short drive to nearby Dooey beach.  The sun had now disappeared behind a thicker layer of hazy cloud, leaving a landscape of subdued hues and pastel colours.  There were some great patterns in the sand for foreground and also some interesting pieces of driftwood.  Unfortunately, there was also a lot of flotsam and jetsam washed up on the beach at the high tide mark just under the dunes.  Most of it seemed to have come from fishing boats, and included nets and floats, but also horrible, general, plastic rubbish.  In addtion, there was also the decaying remains of a dolphin, and some readers might want to avoid scrolling down, as it isn’t a pretty sight.  I felt I should include it however, as it is part of nature. 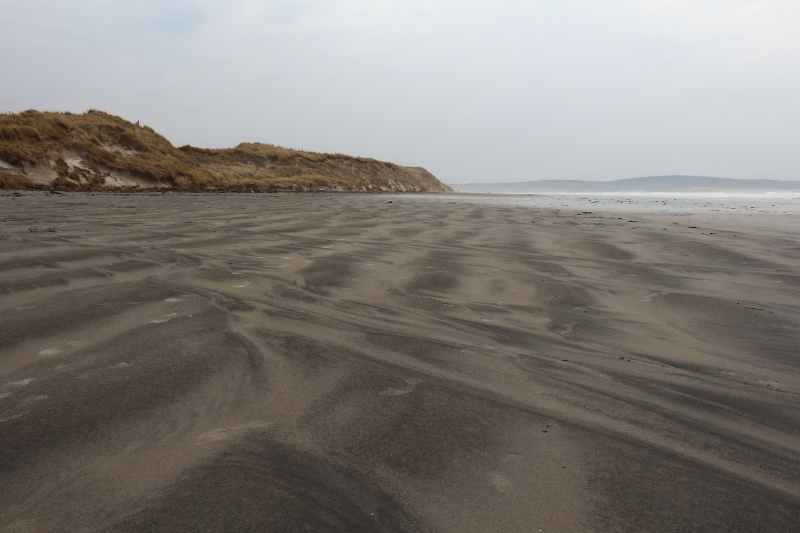 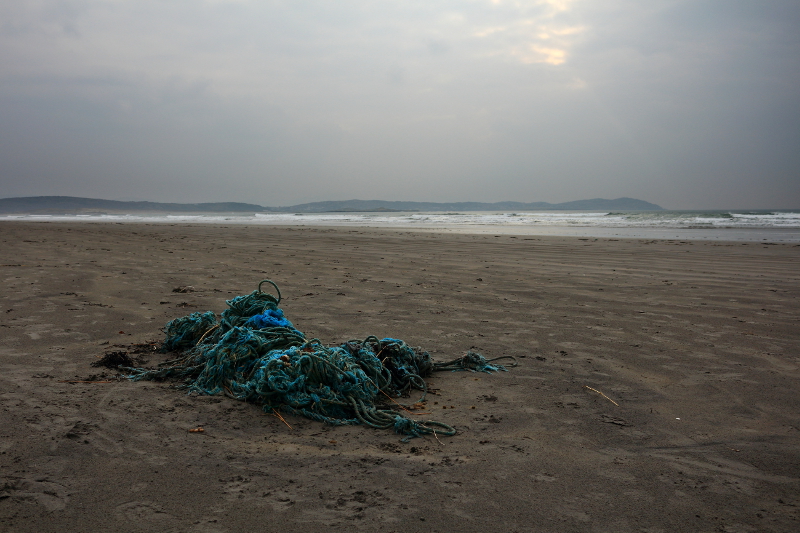 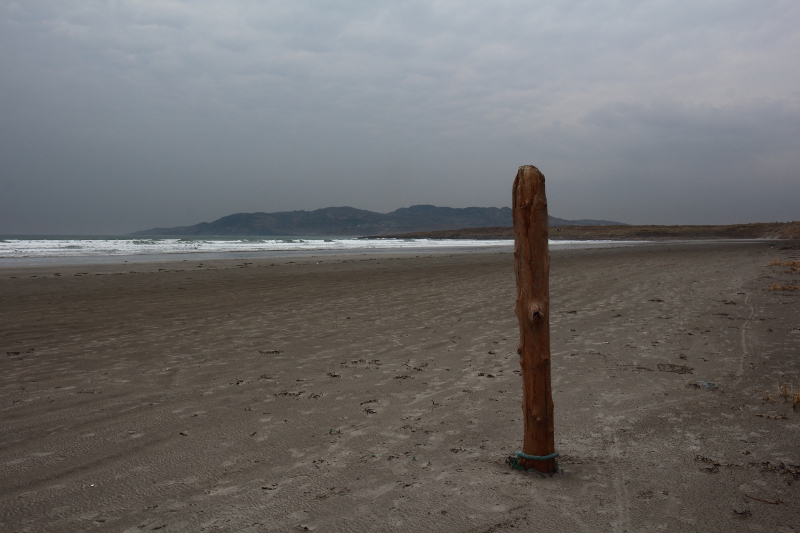