Along the Liffey to the Convention Centre and the Samuel Beckett Bridge.

I posted recently on being in Dublin for the weekend because one of my photos was chosen as Photo Of The Year by the Mountainviews.ie website, (any excuse to mention it again).  We only really had one day to explore the city, but I took a lot of photos in that time.  After a long day walking around the streets, my family wanted to relax in the hotel room before dinner for an hour or two, so I took the opportunity to head out again for some night shots.  I had two main goals, one being the Convention Centre, a spectacular building on the banks of the LIffey.  I had taken several photos of it earlier in the day, but wanted to get it at night from across the River Liffey.  The other objective was the Samuel Beckett Bridge, right beside the Convention Centre.

I walked from the hotel, rushing to get down to the Liffey while there was still some colour in the sky, rather than have it completely black in the photos.  Despite my hurry, and not being exactly sure of my route, I paused briefly to get a shot of the Gasworks in the dying light as I passed.

I also paused briefly at the Grand Canal Dock, and this is definitely somewhere I would like to spend a bit more time photographing.

I made it to the river in time to get some light in the sky, and spent the rest of my time taking shots of my two targets and a couple of other views along the Liffey as it got darker. 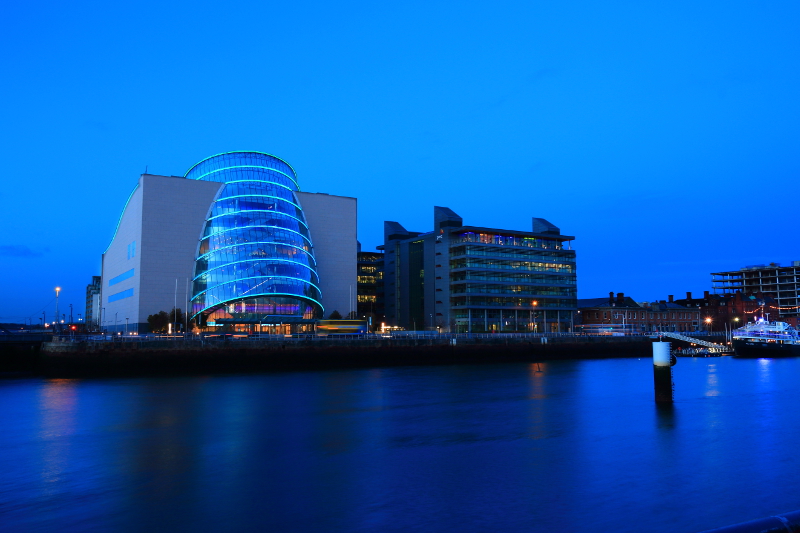 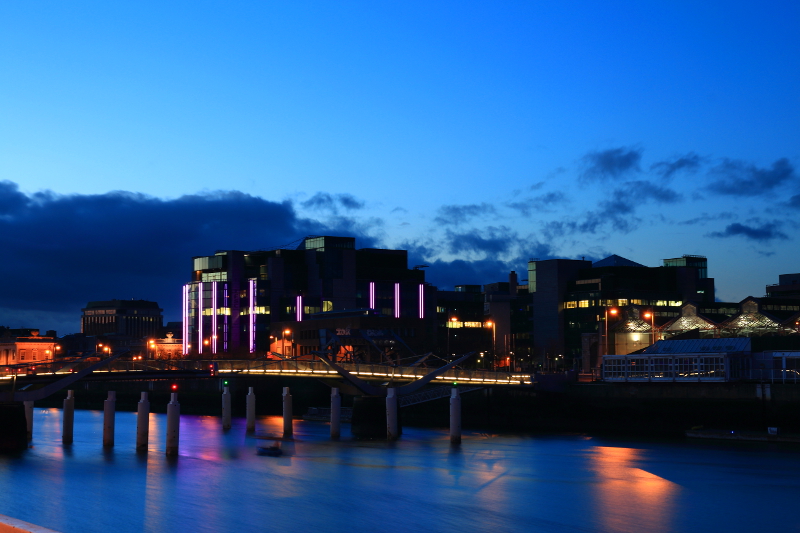 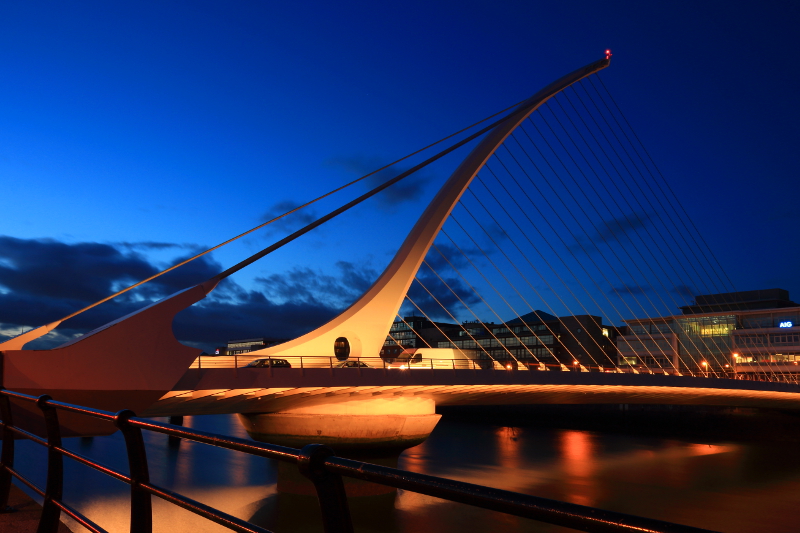 The Samuel Beckett Bridge was designed to echo the shape of a harp, the national symbol of Ireland. 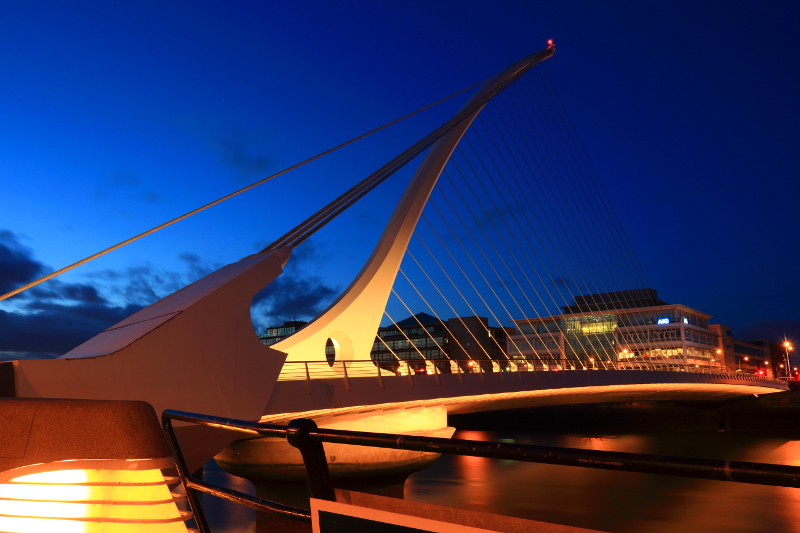 Not a bad way to spend an evening before heading back to the hotel for dinner!

2 thoughts on “Dublin By Night”