My last post but one was on Rossnowlagh beach in Donegal.  On the same day in late November 2014 when the first few photos from that post were taken, we continued along the coast a short distance to Tullan Strand, Bundoran.  There is a car park there overlooking the beach, and we left the car before taking the path down on to the strand for a walk to the far end.  The beach was busy with walkers, fishermen and even a few horse riders, and despite the strong winds, the light was beautiful and it was a great day for a walk.  It is a popular spot with surfers too, although we didn’t notice any that day.

Starting out at the southern end of the beach. 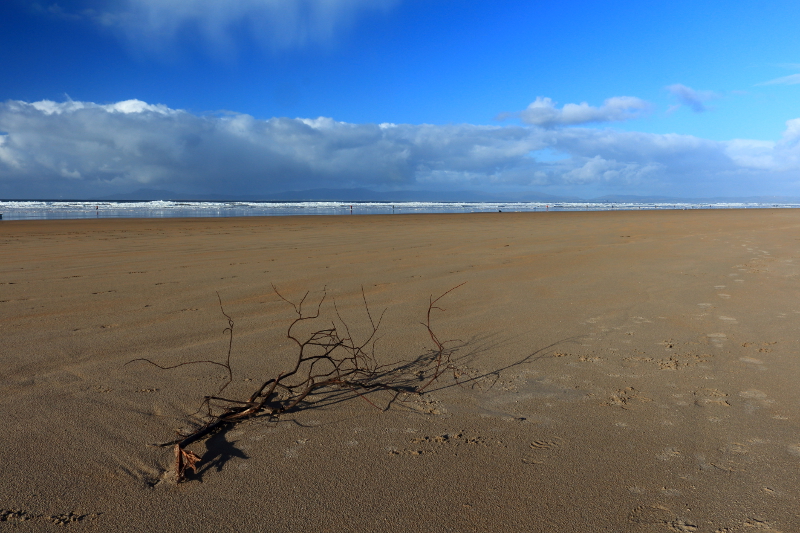 We were in sunshine for most of the walk, but the light was constantly changing, and there were more threatening looking clouds out to sea.

The waterline was lined with fishermen and their equipment. 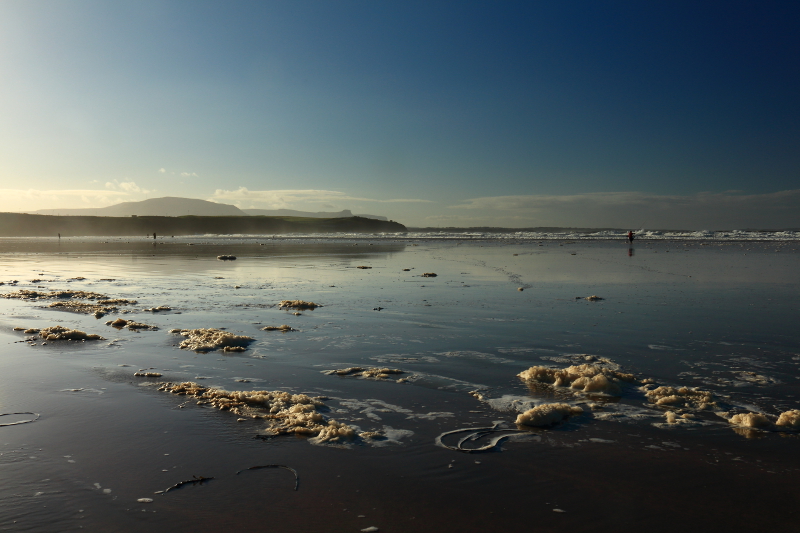 The wind was strong, sometimes blowing a fine spray off the sea, and whipping up froth on the water’s edge. 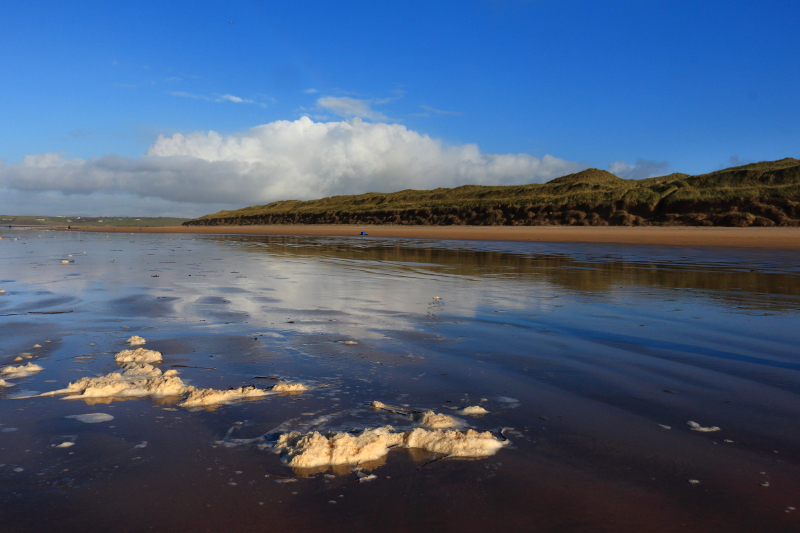 Some of the photos in my recent Rossnowlagh post were taken just along the coast earlier in the day, and this same rainbow can be seen in some of them, at virtually the same spot.  It remained there for hours as we walked along the beach.

There were interesting pieces of driftwood all along the beach – always good as foreground subjects. 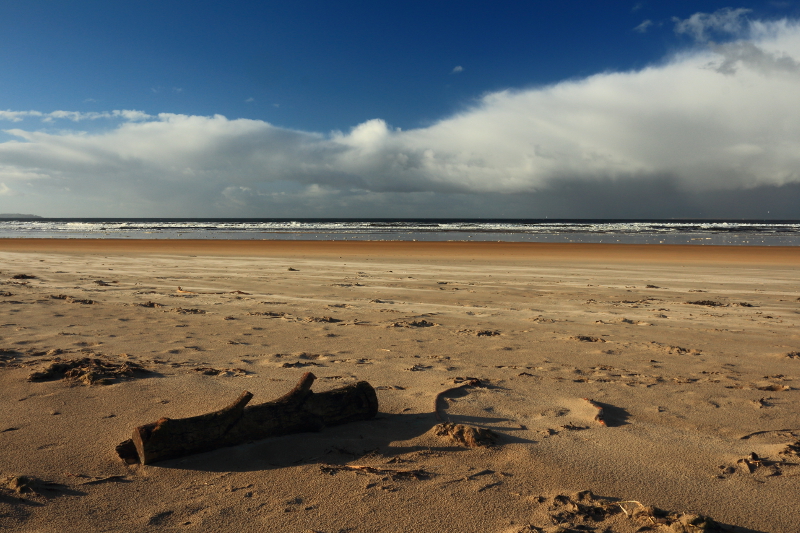 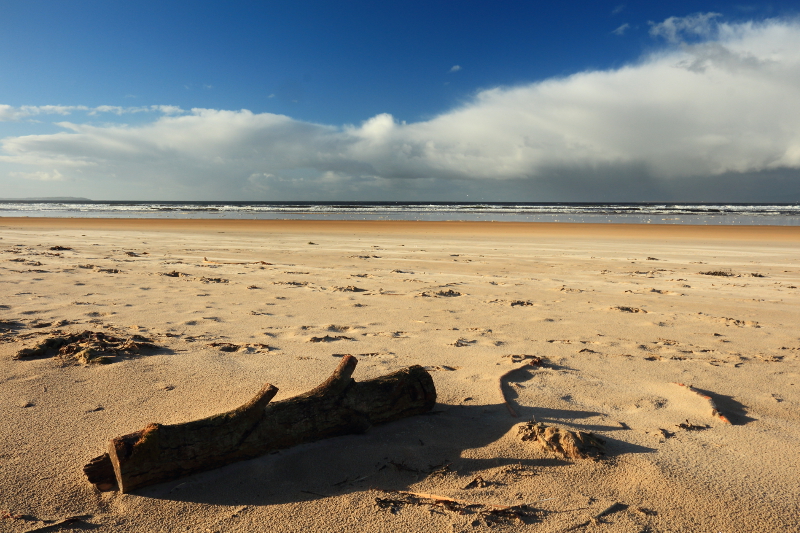 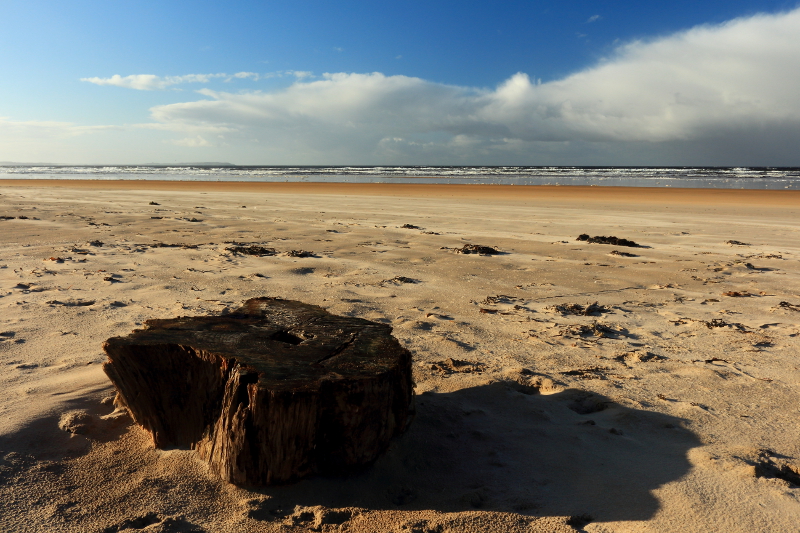 Stormier looking skies out at sea. 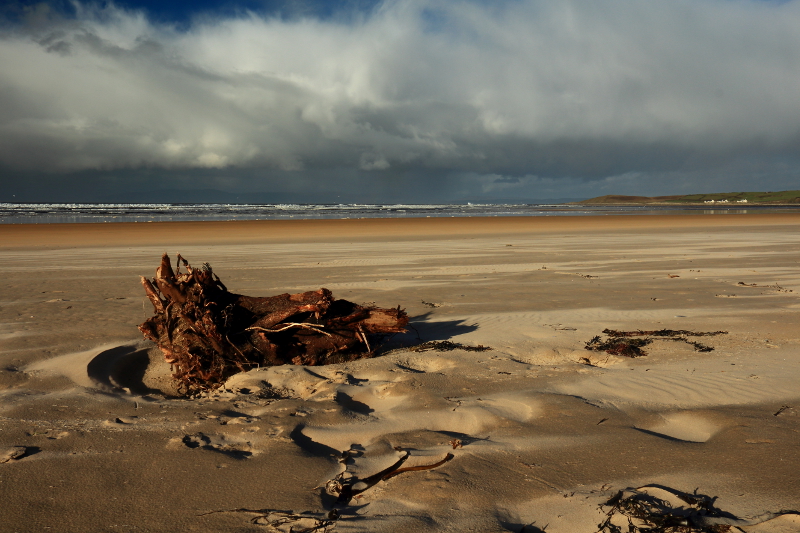 Ripples in the sand given definition by the low light, and there’s that rainbow again. 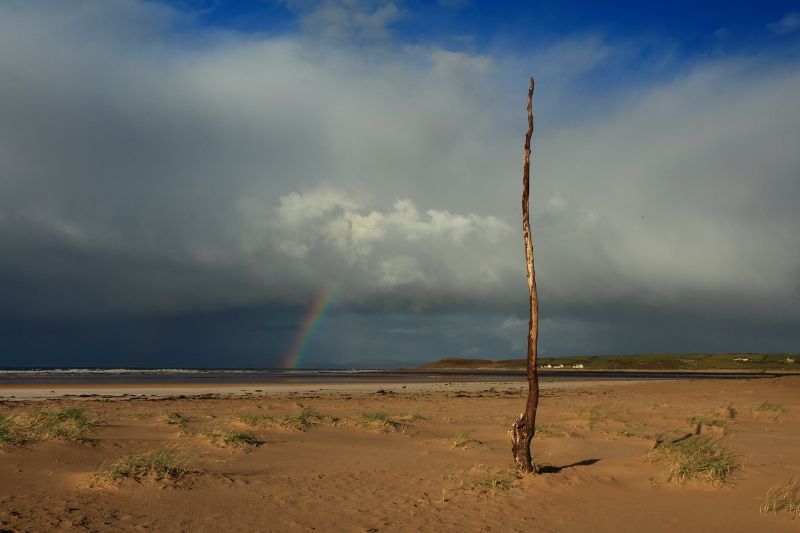 This was a huge piece of driftwood, about 12 – 15ft high, and someone had gone to a bit of trouble to stand it upright in the sand.  I liked the stark shape it provided for photographs.

From a slightly different angle, the driftwood’s curved shape became apparent, echoed by the rainbow in the distance.

Taken again, as the light changed.

At the far end of the beach.

Looking across an expanse of Maram Grass to the River Erne and towards Ballyshannon. 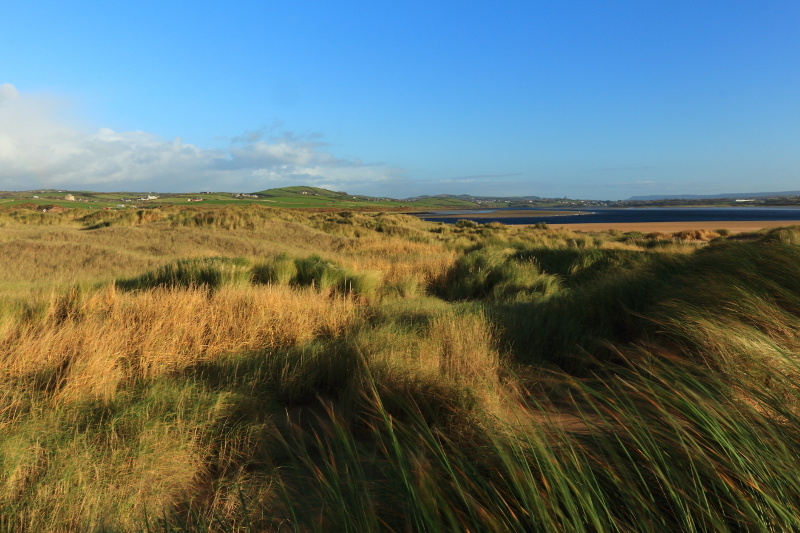 Dark skies as we turned back, and the wind began to pick more even more.

Couldn’t resist the driftwood as we passed it again.

The wind really picked up now, blowing drifting sand at great speed along the surface of the beach.  We were walking straight into the wind on the way back, and it actually took the breath away as it hit us in the face – a very strange sensation.

Sand being blown along on the wind.

Horse riders, with the Dartry Mountains in the background. 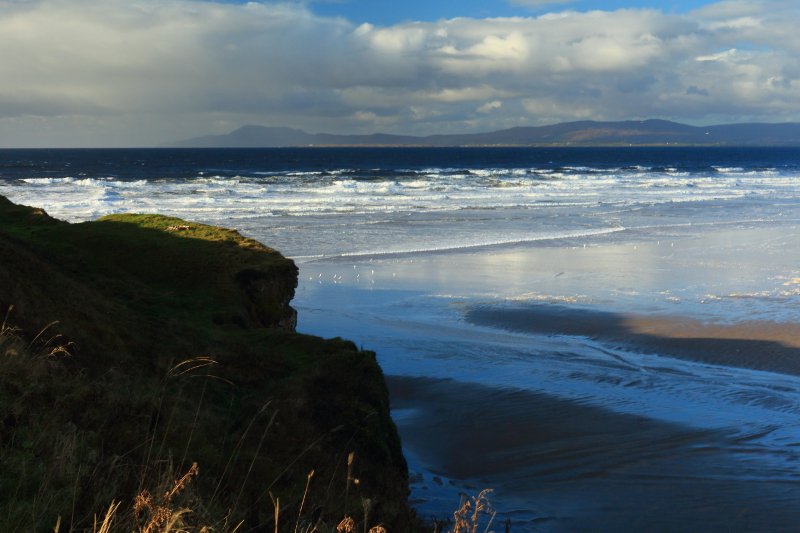 Back where we started on the cliffs overlooking the beach.

Another little stunning corner of Donegal.  I think you could stick a pin anywhere in a map of Donegal, and you would not be disappointed if you went to visit that random spot.