Looking down over the Viewing Point/car park from higher up on Soldiers Hill.  Below is Five Finger Strand and Trawbreaga Bay.

On a day trip round the northern end of Inishowen, our first target was Soldiers Hill.  It may be only 174m high, but its location promised great views.  There is also a road which reaches high up the hillside, and includes a car park and viewing point.  As this was a family trip, not one of my hill walking excursions, the viewing point would be a convenient place to take the short walk to the top of the hill.  At the viewing point, the views were indeed magnificent, and crossing a stile, it was only a 10 or 15 minute walk to the top of the hill.  Immediately below was the beautiful Five Finger Strand, said to be named for the knuckle-like shape made by the dunes, with Trawbreaga Bay behind.  Beyond was the rest of the Inishowen Peninsula, including Slieve Snaght in the interior.  West, futher along Inishowen were Binnion Hill, Dunaff Head and the Urris Hills.  And beyond that were the other peninsulas and mountains of north Co. Donegal.   As the top of the hill was reached, the views to the north and Malin Head opened up.  The hilltop itself was a riot of colour, covered in purple heather, with green lower slopes, and backed by blue skies and sea.  There are amazing views to had here for such a small hill and little effort. 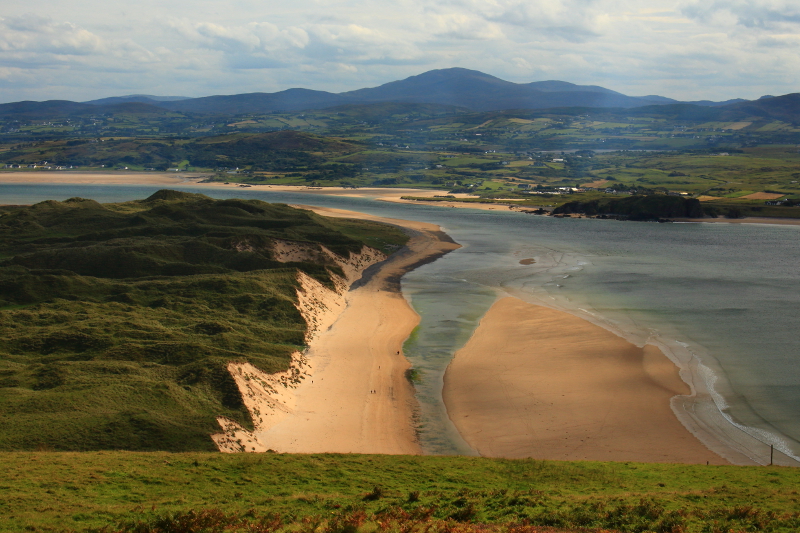 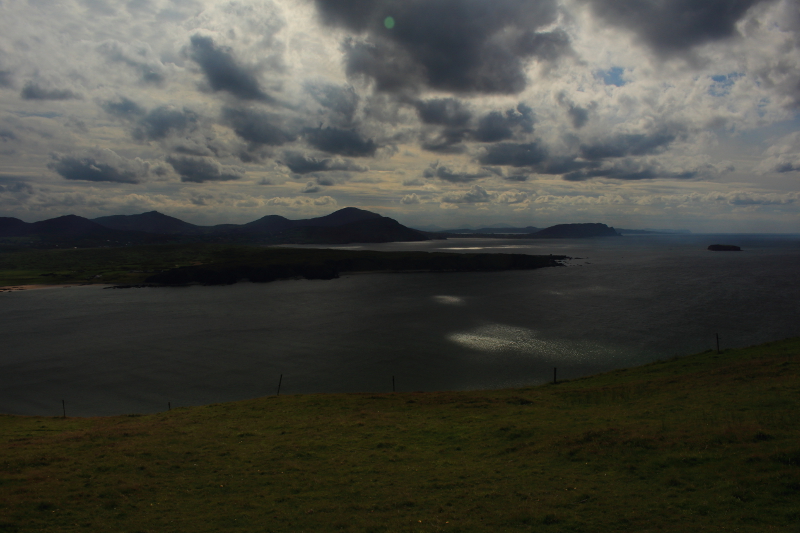 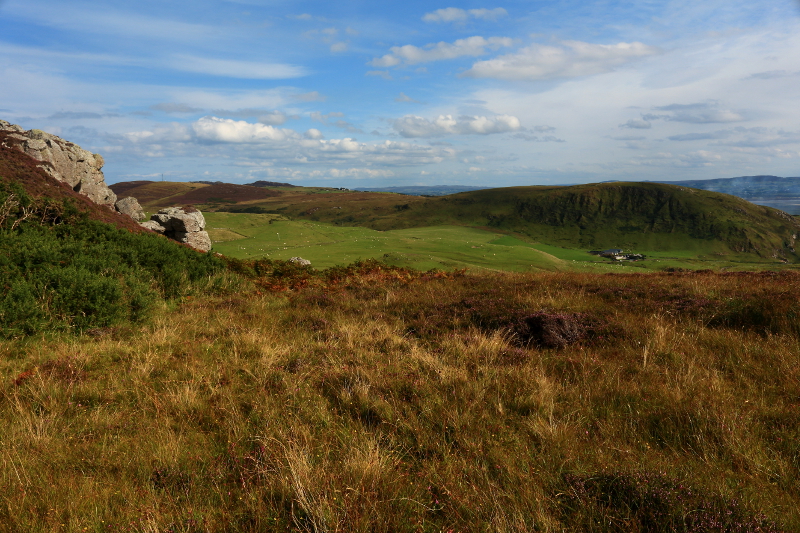 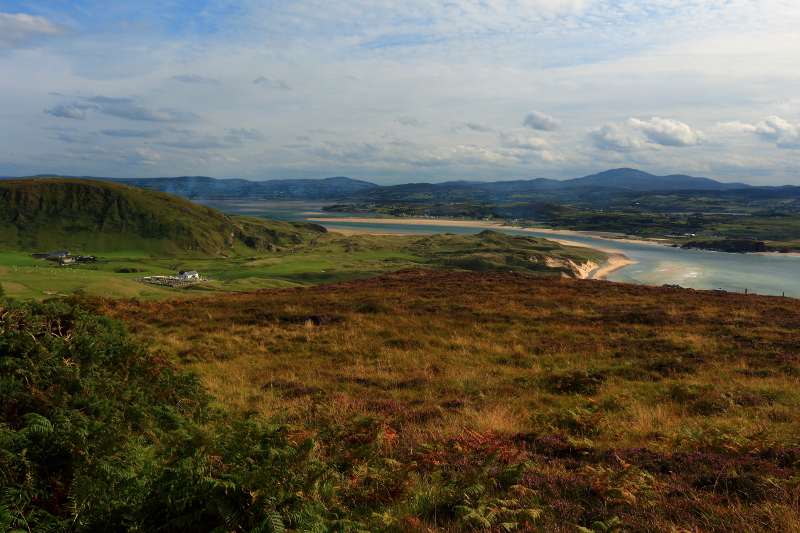 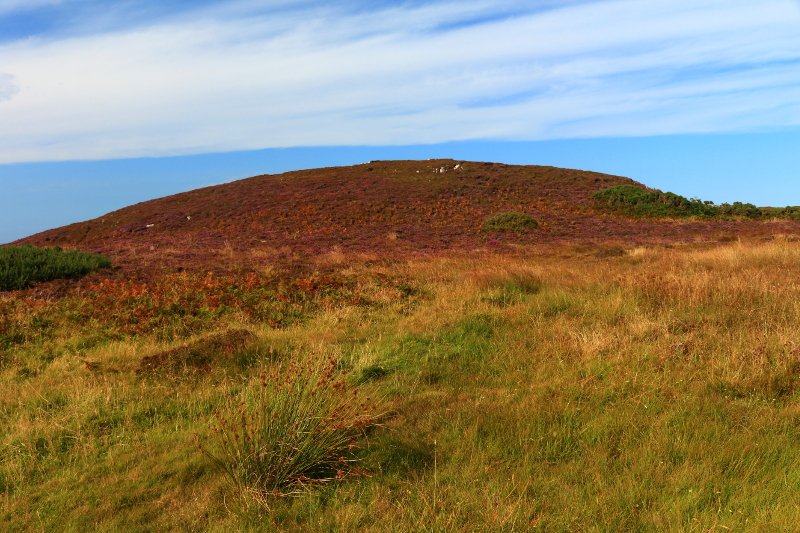 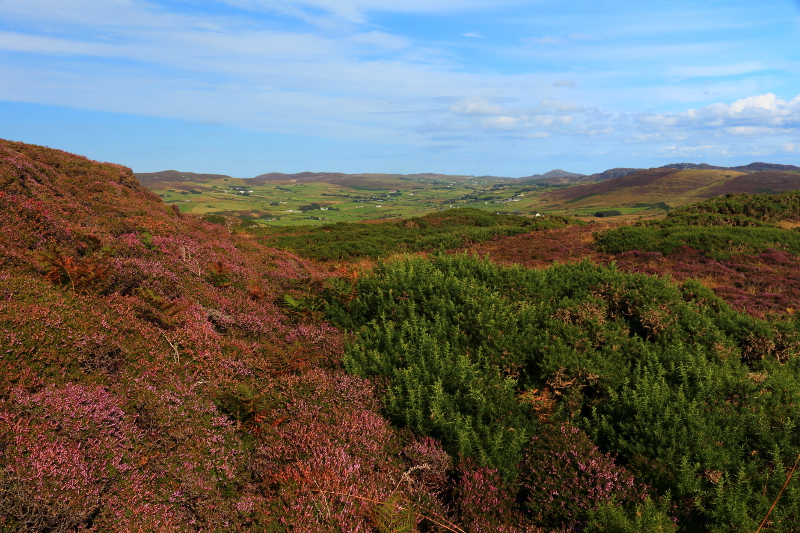 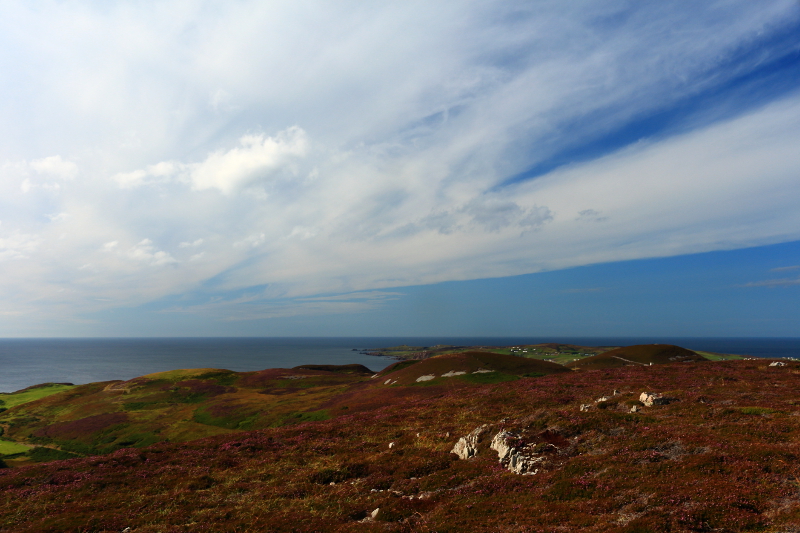 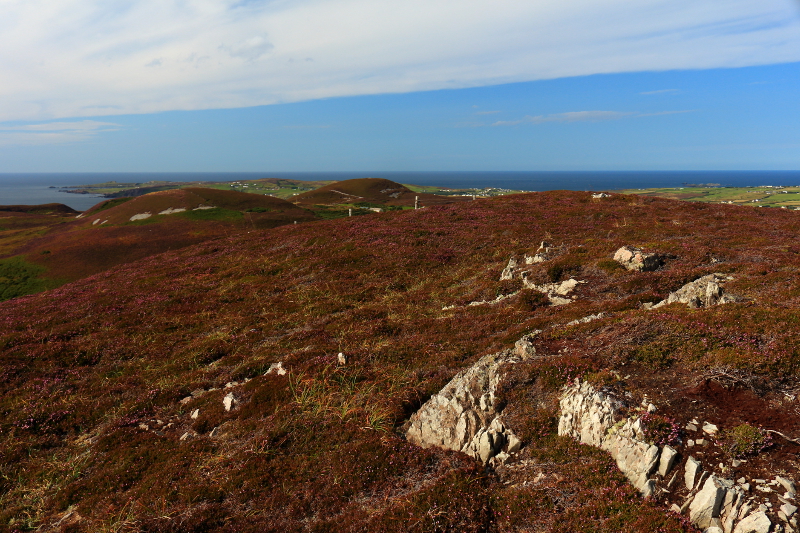 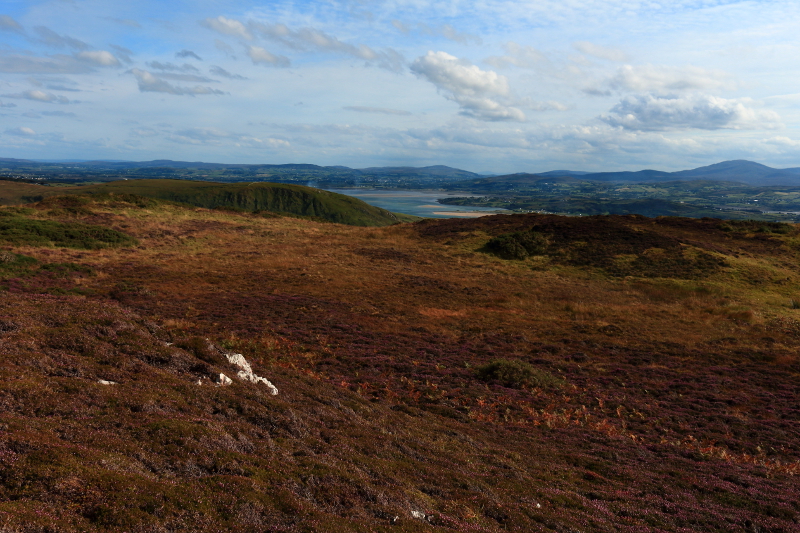 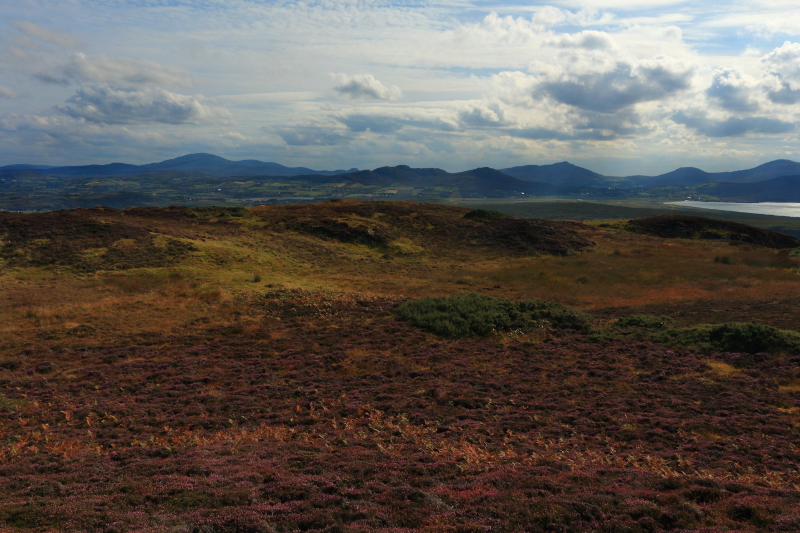 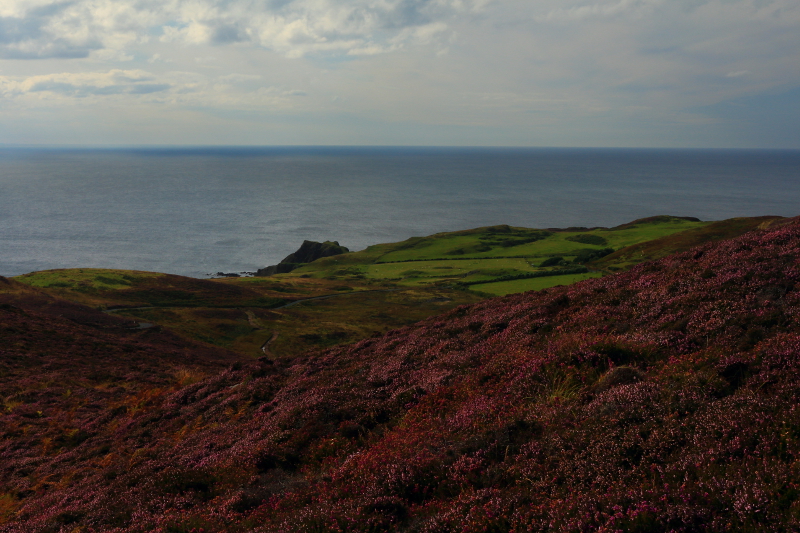 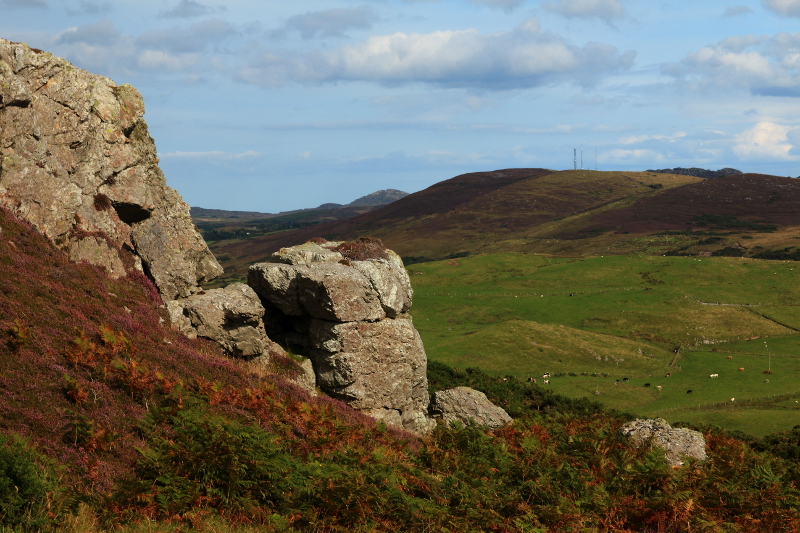