We were on a one night camping trip to Tramore beach, Rosbeg Co. Donegal, and after getting the tent set up, had taken a drive through the town of Ardara, to Assaranca waterfall.  We spent the rest of the day a bit further round the peninsula at Maghera beach.  Parking up, the mountains of the peninsula formed a beautiful backdrop.

A short walk through the dunes brought us down to the beach, through rabbit country. 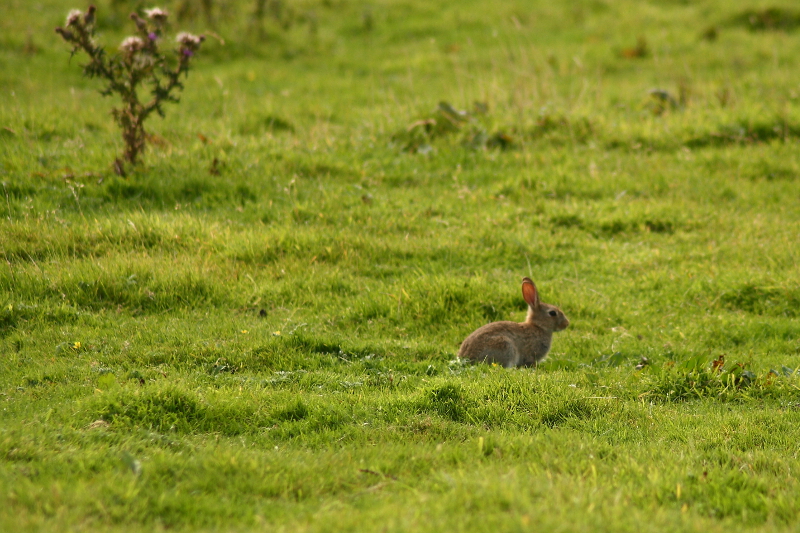 The beach itself is beautiful, lying at the base of towering cliffs – the seaward side of Slievetooey mountain.  Futher out at the end of the peninsula are some of the most impressive sea stacks in Ireland.  You can’t see them from the beach, but my next post from our camping area, provided a good view.  The beach was notable for its golden sand and fascinating rock formations.  There are also some impressive caves, but unfortunately the tide was in too far for us to see them this time. 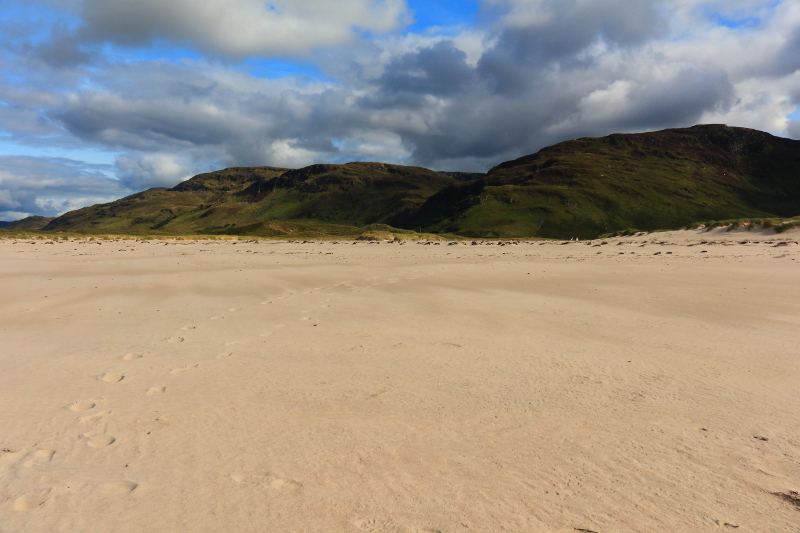 We dscovered thousands of these ltlte creatures washed up along the tide line.  I’ve never seen these beautiful creatures before and later discovered they are known as By The Wind Sailor jellyfish, or Velella Velella.  The transparent structure on top acts as a sail, proprelling them along the surface of the ocean, and unfortunately sometimes causing them to be stranded by the thousands on the shore. 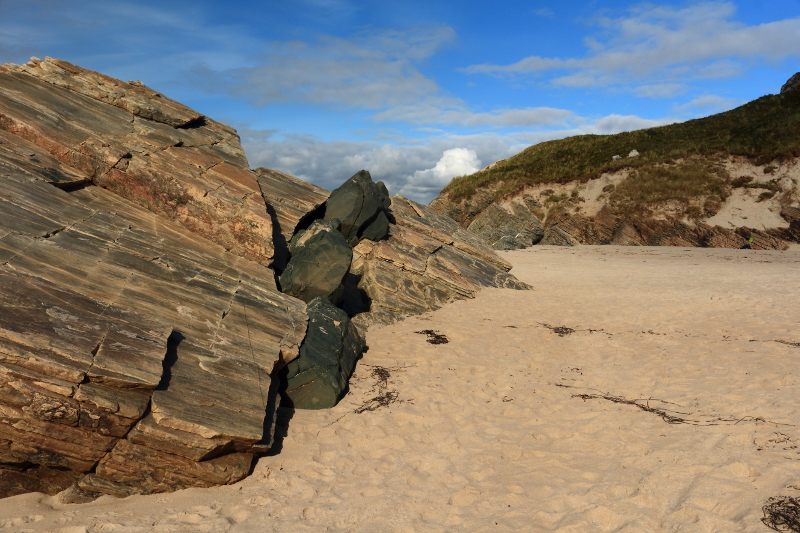 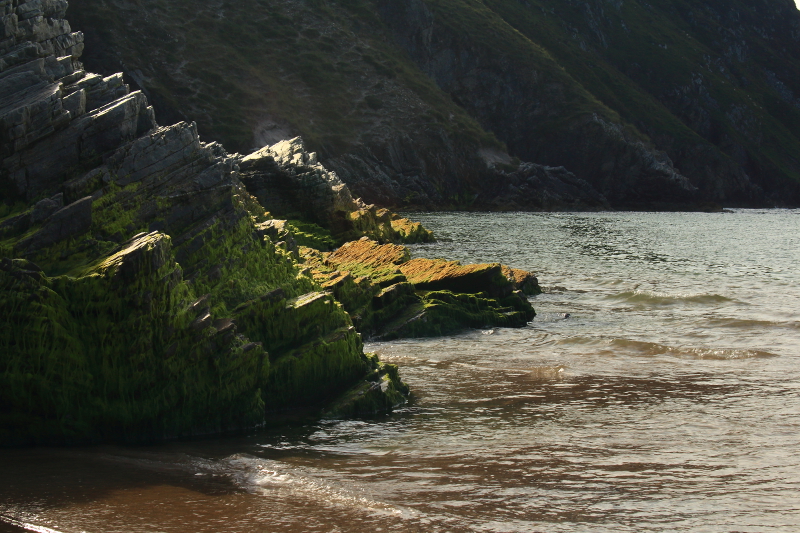 The caves would have been just round the cornerof these rocks. 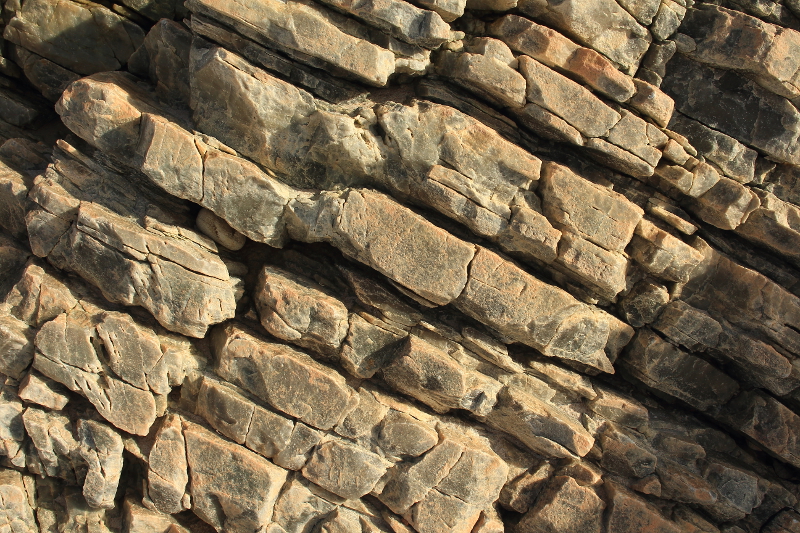 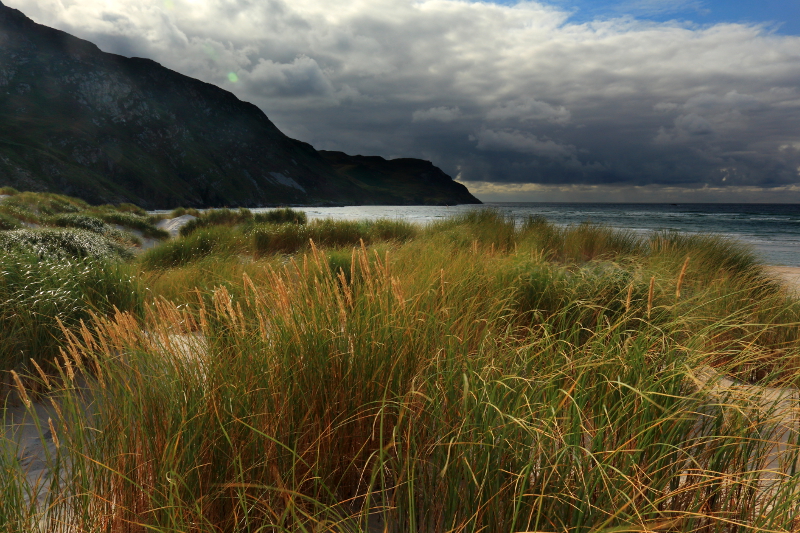 Leaving now to go back to our campsite further north along the coast at Rosbeg. 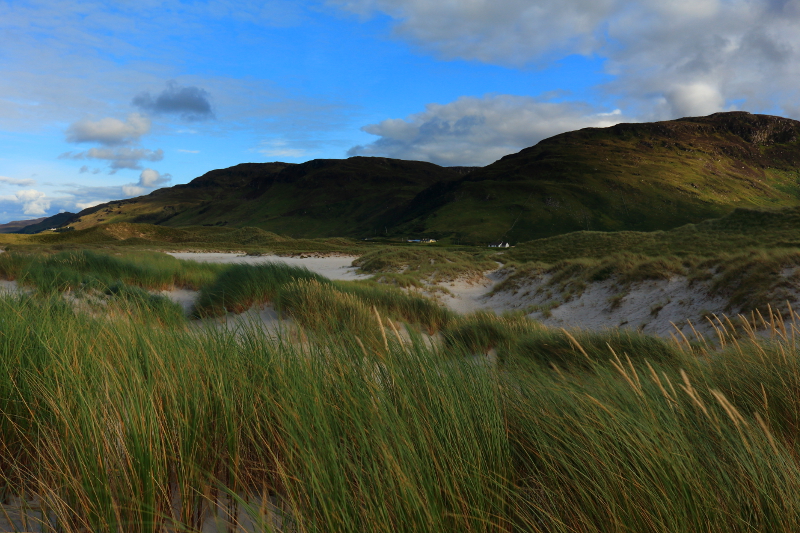 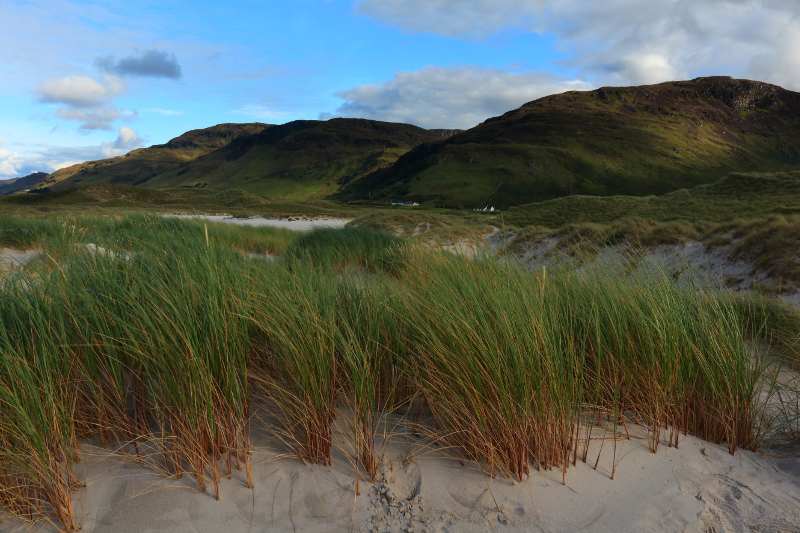