I have recently posted on Killybegs, Fintragh Bay and Slieve League – all locations visited on a single days drive around parts of West Donegal.  Just to round off the day, here a couple of images that didn’t fit into those locations, but taken on the same trip.  They were actually the first and last images taken that day. 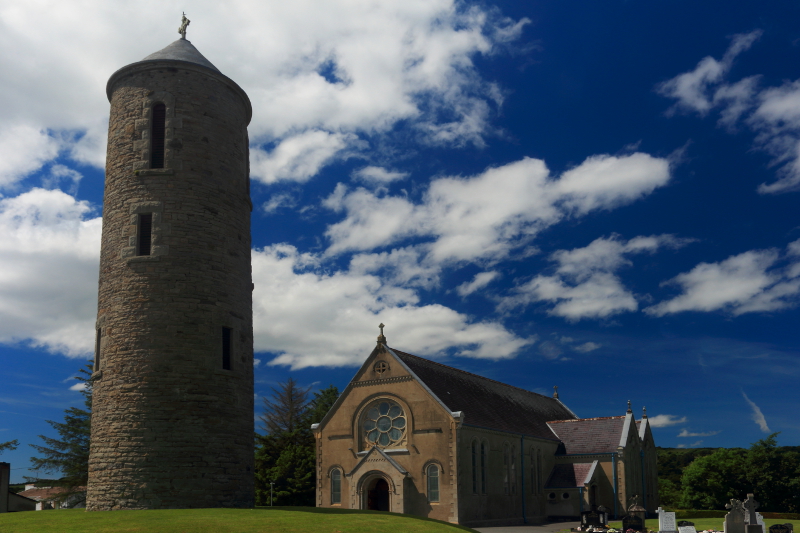 The first image of the day, taken at the church and round tower in the village of Bruckless.  The tower is sometimes referred to as restored, but it is not actually one of the ancient round towers found in Ireland.  It was built just over 100 years ago, and there was never one of the earlier towers at this spot. 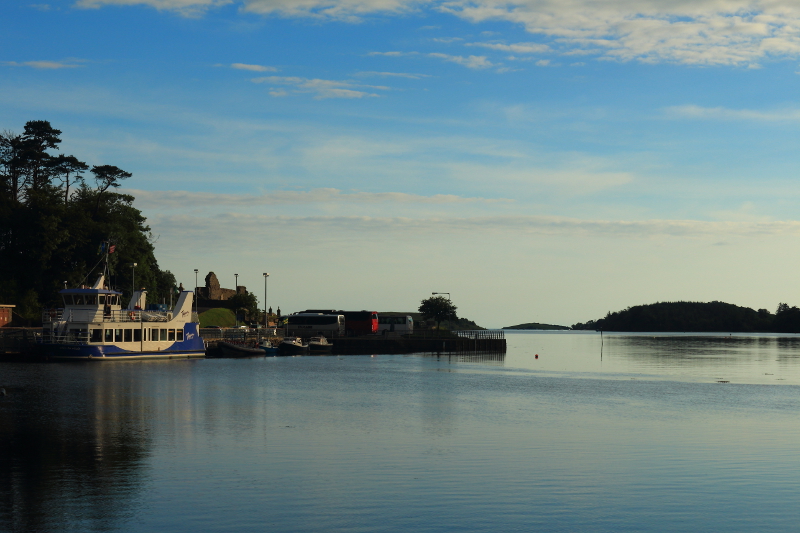 The final shot of the day, taken in Donegal Town, overlooking Donegal Bay, with the Abbey ruins visible to the right of the boat.