Looking back to Slieve Donard on the way up Slieve Commedagh.

Having climbed Slieve Donard, and come back down on to the col between it and Slieve Commedagh, I had already gained most of the altitude needed to reach the top of Commedagh, so I summoned the energy for the walk up along the Mourne Wall to the summit. 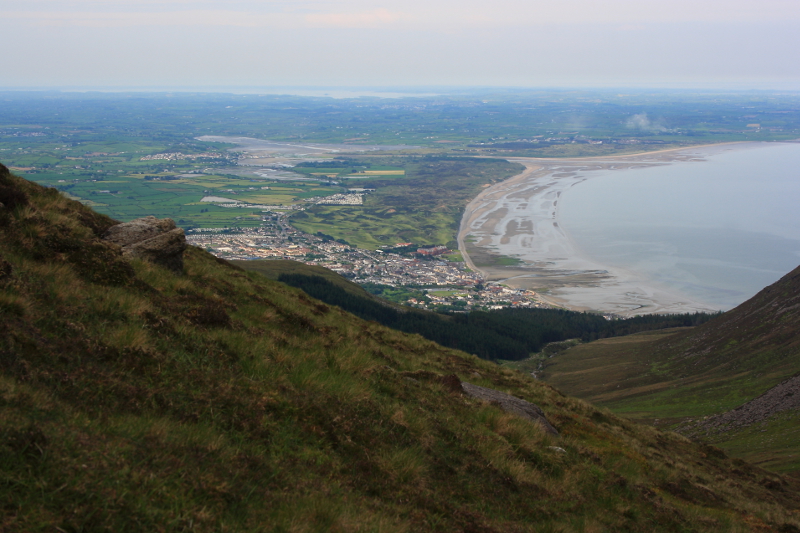 The view down on Newcastle. 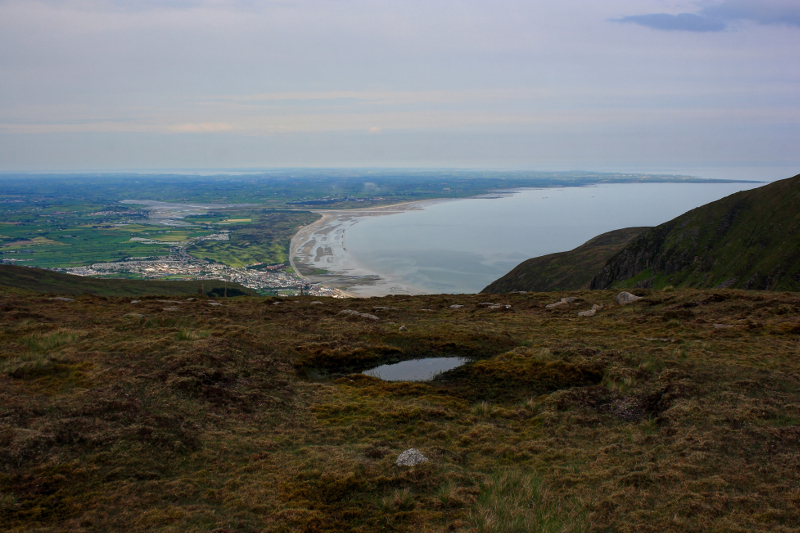 Following the Mourne Wall, and looking over the Annalong Valley. 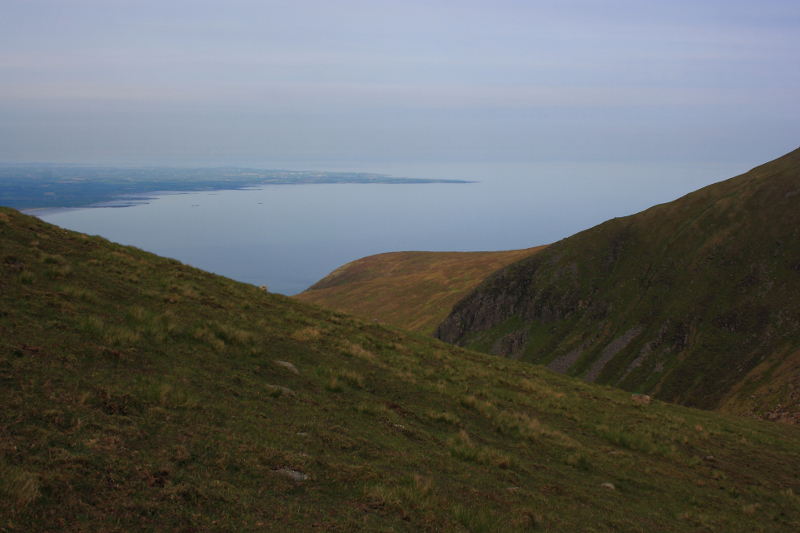 Looking across the northern slopes of Slieve Donard to St John’s Point in the distance.

As I ascended Commedagh, I got my first decent light of the day for photos.

The sun just beginning to break through and light up the Mourne Wall. 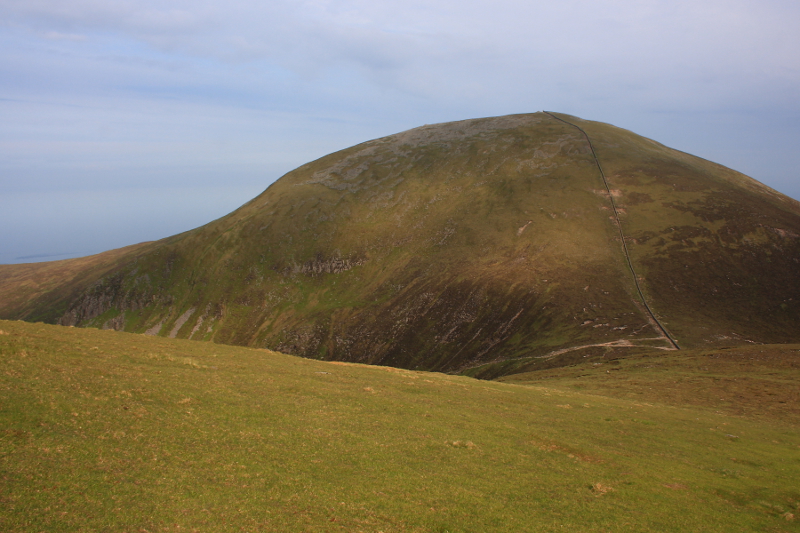 Looking back at Donard. 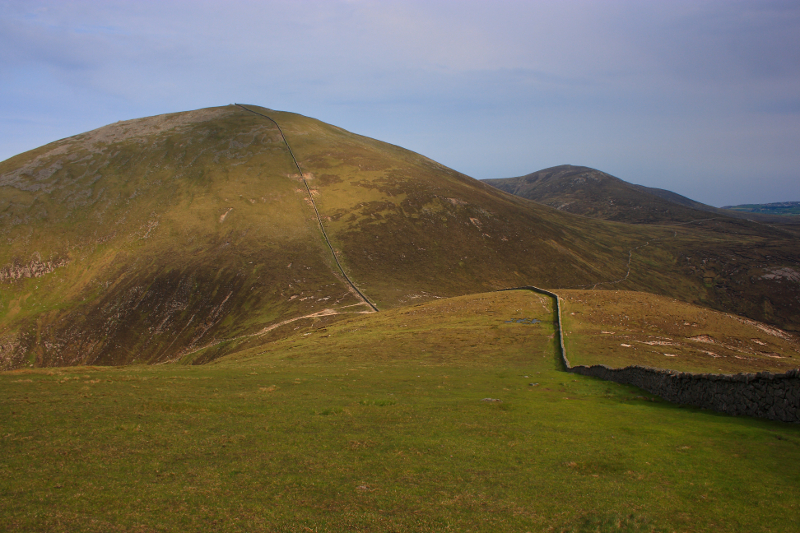 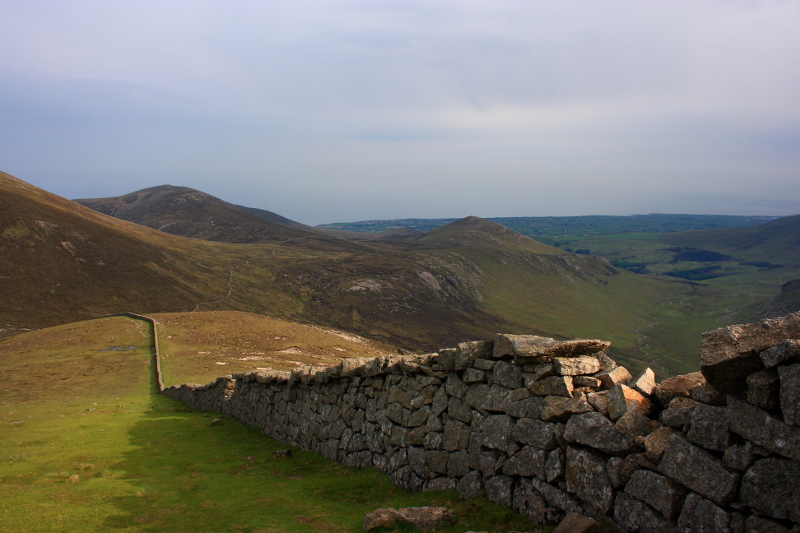 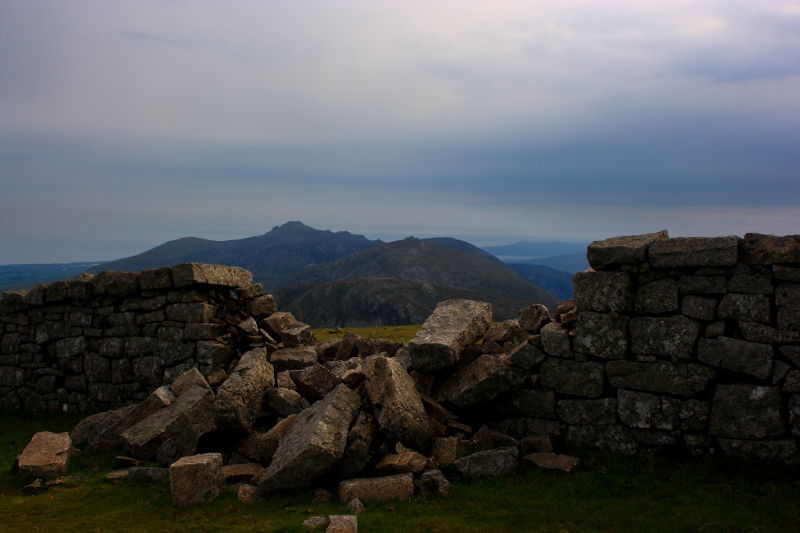 After a steep but short climb, I reached another of the stone shelters, similar the one on top of Donard, built by the workmen constructing the Mourne Wall to provide shelter while completing the rest of the job.

I had the best light of the day here, so paused to take some photos looking into the heart of the Mournes. 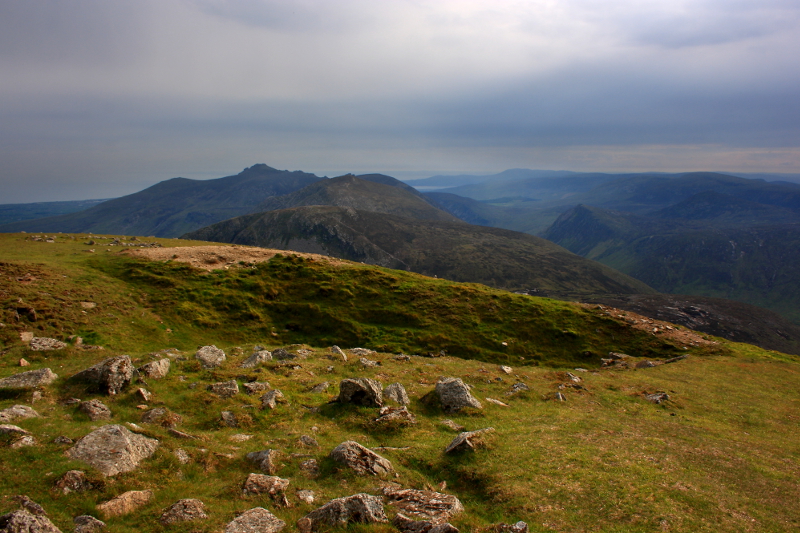 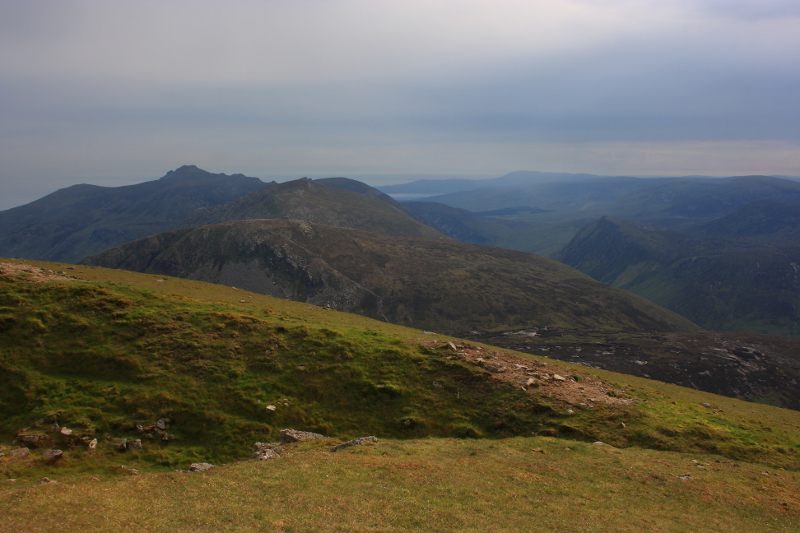 At this point, I now left the Mourne Wall, crossing the stile and heading Northeast for the clearly visible summit cairn. 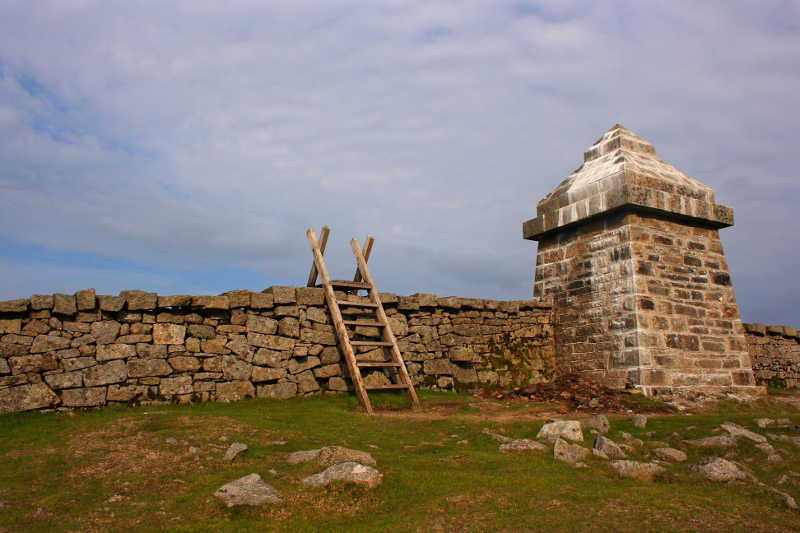 Crossing the stile and leaving the Mourne Wall for the summit.

The summit cairn on Slieve Commedagh, at 767m, the second highest mountain in the Mournes.

It had been a long day’s walking to reach this point, taking in Slieve Donard also, so I paused here for a while to rest the legs.  Rather than retrace my steps down to the col, I instead followed the ridge on Commedagh’s northeastern side, taking a differnt route back down to the Glen River.  This provided some fresh views of Donard from the top of the cliff-like ridge. 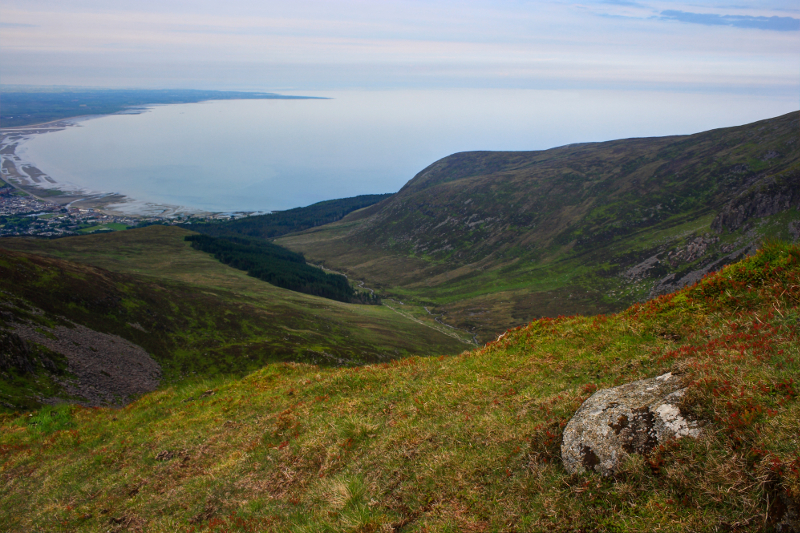 A look down on the route I had taken on the way up from Newcastle, through the forest and along the Glen River.

Looking across to Donard in fading light.

A final shot, before entering the forest and wearily making my way back to Newcastle.

As I finally arrived back in Newcastle, I was tired but had thoroughly enjoyed the walk, taking in the two highest mountains in the Mournes, Donard also being the highest in Ulster.  Luckily, I was staying in Newcastle, so with no driving to do, it was time for a few well-earned whiskies.