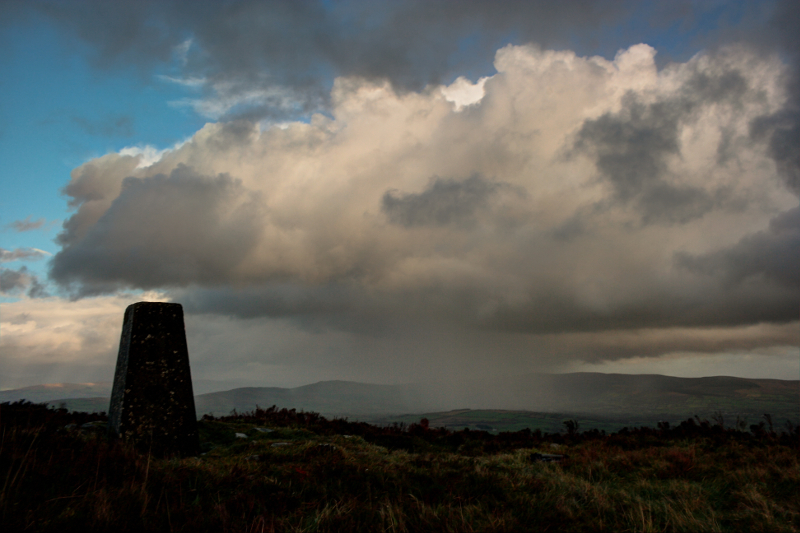 Thunder clouds from the summit of Bessy Bell.

Another post featuring older shots, this time from a walk on Bessy Bell in late October 2013. Bessy Bell is a 420m high western outlier of the Sperrin Mountains, standing isolated, between Newtownstewart and Castlederg. It was a day of thunderstorms, with extremely strong winds and driving rain when I went up. For most of the time I couldn’t even take the camera out of the bag, and when I could, it was impossible to use a tripod due to the wind. As a result, I had to increase the shutter speed to get shake free shots, and this led to underexposed photos in the dark, gloomy weather. I then brightened them on the computer, but of course this has resulted in a lot of noise in the images. Still, I think they give an idea of the weather conditions that day, and let you see the views from the hill. I ascended the hill from Cashty Road, taking one of the rough access roads for the windfarm near the summit.

Starting out, looking across to Mullaghcroy hill.

A misleading break in the weather. It deteriorated after this!

Another look towards Mullaghcroy, through sun showers, from higher on the flanks of Bessy Bell. 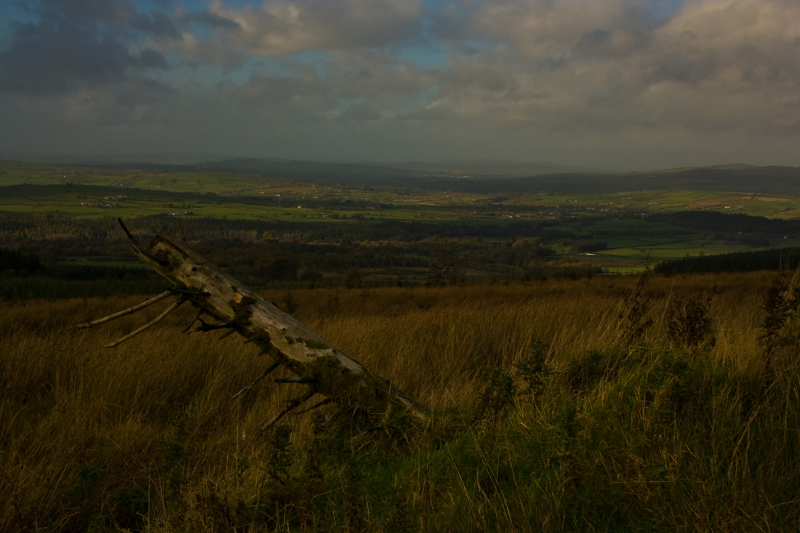 Looking down on the Baronscourt Estate.

A patch of sunlight in the gloom.

A similar view, with a denuded tree in the centre, some of the commercial forestry making stark shapes on the right, and a hint of a rainbow.

A little more sun breaking through, strengthening the rainbow.

The remainder of the photos are all taken at or around the summit, showing the trig pillar in some, and with views of the thunder clouds all around. 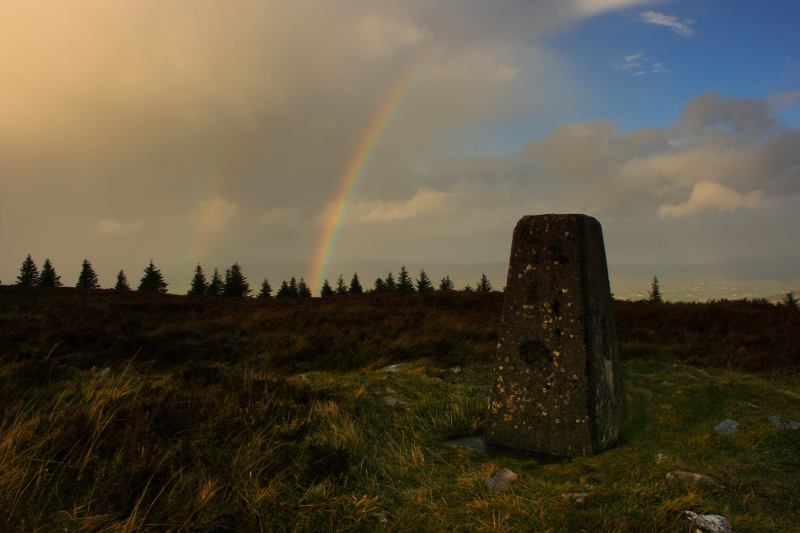 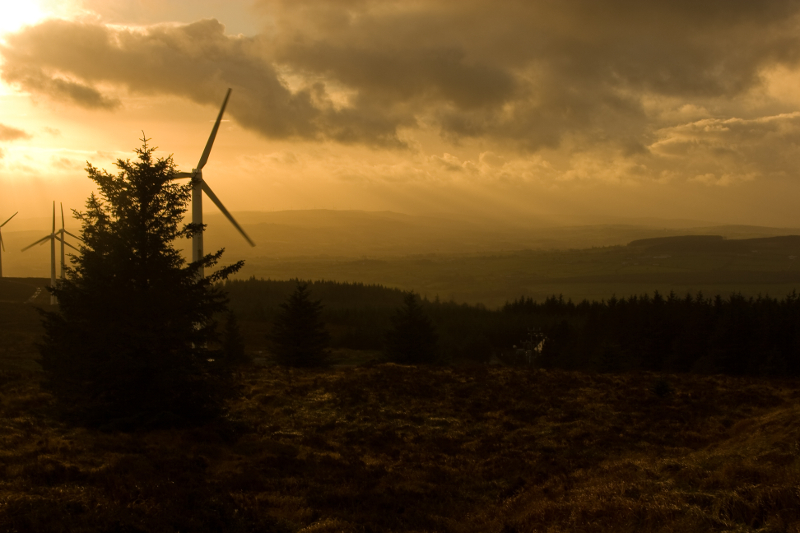 It can be hard to force youself out in such conditions, but when you do, its invigorating to experience the dramatic skies, and its difficult not to feel very pleased with yourself afterwards for braving the storm!