At the end of part one I had reached the summit of Crockkinnagoe, a hill in Co. Donegal, near the village of Pettigo. The hill had extensive views in all directions, as far as Benbulbin in Co. Sligo, Lough Erne and Cuilcagh Mountain in Co. Fermanagh, and the Bluestacks, Slieve League and Derryveagh Mountains in Co. Donegal. Probably the best view however, was over Lough Derg. The lough also contained the clearly visible Station Island, the location of St. Patrick’s Purgatory. I took a couple of last shots from this vantage point looking down on Lough Derg.

I then left the summit, roughly retracing my steps on the way back to the starting point, and the car. On the way up, I had encountered a beautiful little lough and had resolved to pass by it on the way back. I stopped on one of the little rises on the summit area, overlooking the lough and took numerous photos from above. I found its shape and colour irresistable for photography. 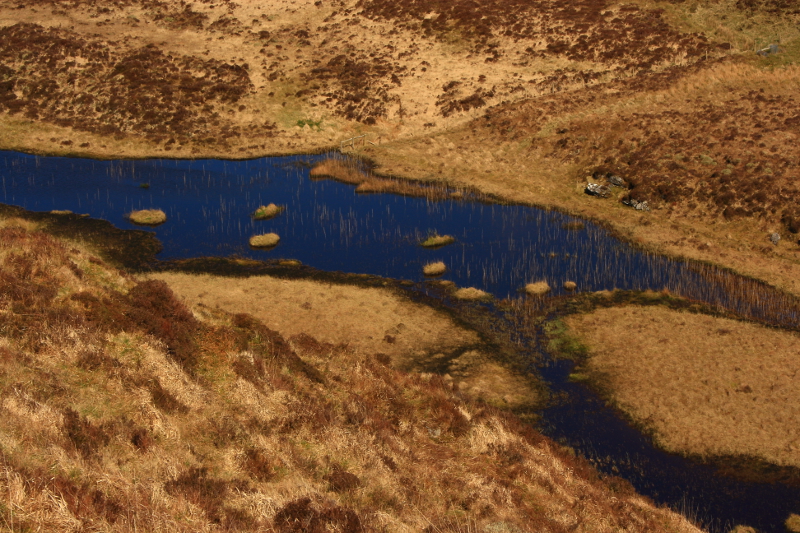 Eventually, I tore myself away, and resumed the descent. While still on higher ground, I took time to photograph some more of the wider views. 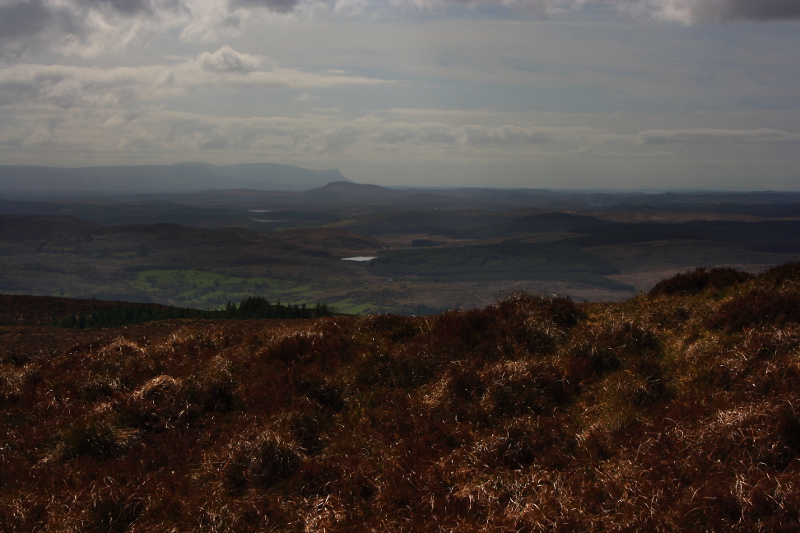 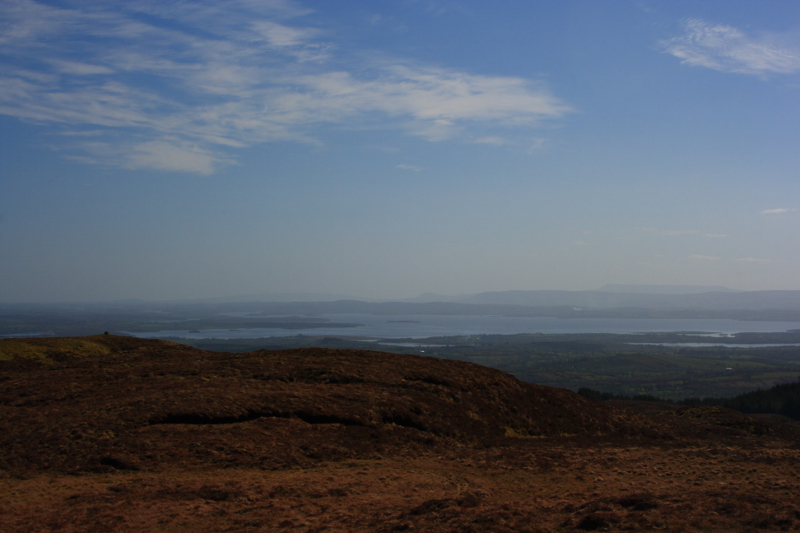 On the way up I had stopped on a minor summit with its own cairn, seen here in the foreground, with Lough Erne behind, and the flat Cuilcagh Mountain on the far horizon. 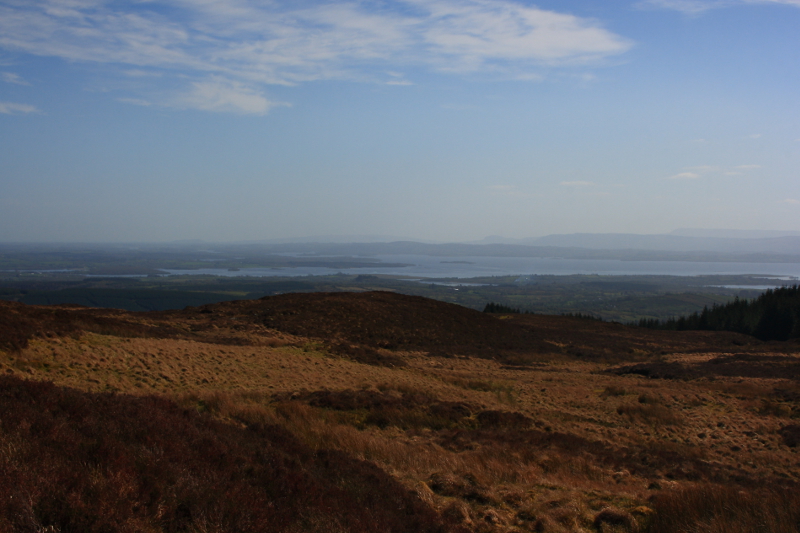 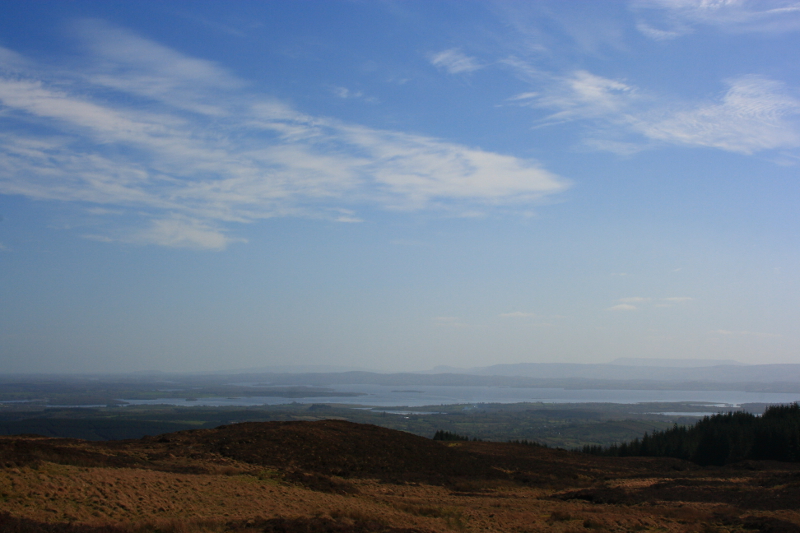 Having taken many shots of the surrounding landscape, on the descent I was able to turn my attention to some of the smaller details.

Colourful moss amidst the heather.

Lichen making its home on an old fence post.

By now I was about to start down the large gap in the forest where I had started ascending the open hillside on the way up. I would now lose sight of most of the hill, so stopped for a final look back. 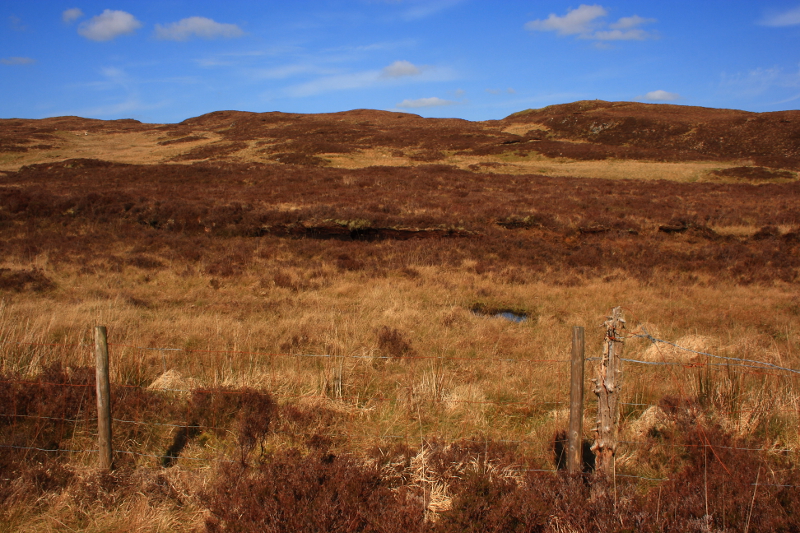 A last look back, taking in the lower summit, on the right of the frame.

I was making my way down the hillside between the stretches of forest, to the track at the bottom which would lead me to the car. I had enjoyed this part of the walk on the way up, and almost loathe to leave Crockkinnagoe, I again stopped for a few more shots, delaying my departure. 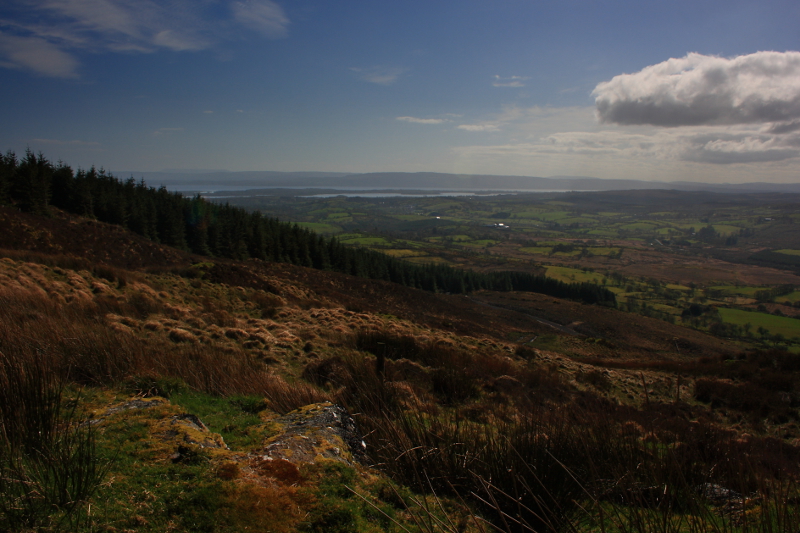 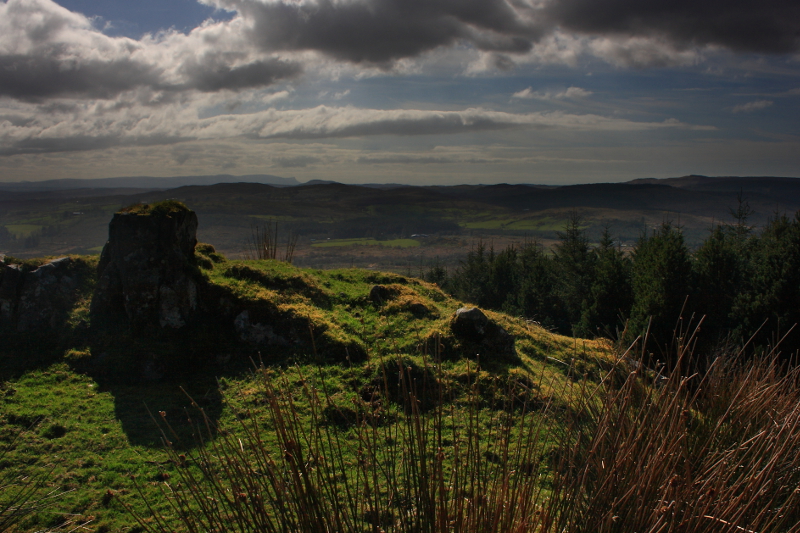 The rocks in the photos above were covered in patches of colourful lichen, and I also took some close-ups here, some of them (in my head at least) looking almost like high altitude aerial shots of the Amazon or somewhere similar. It was very sunny, and I wasn’t wearing a hat, which might have something to do with this notion. 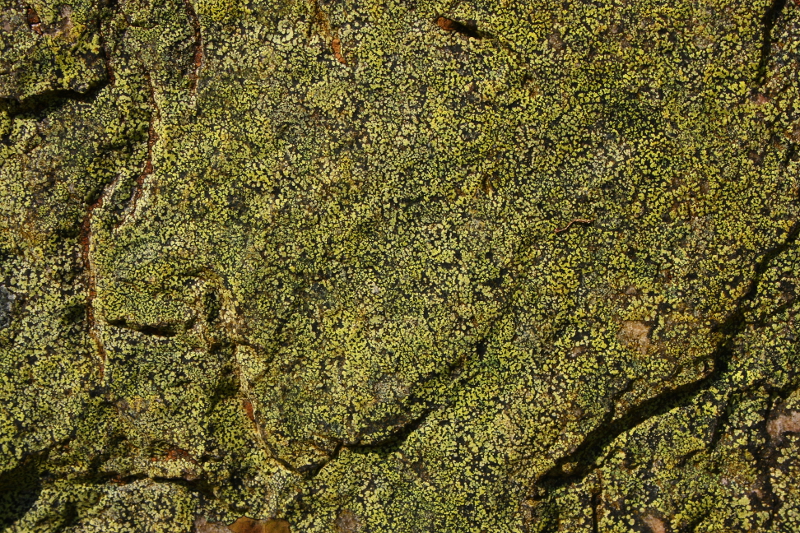 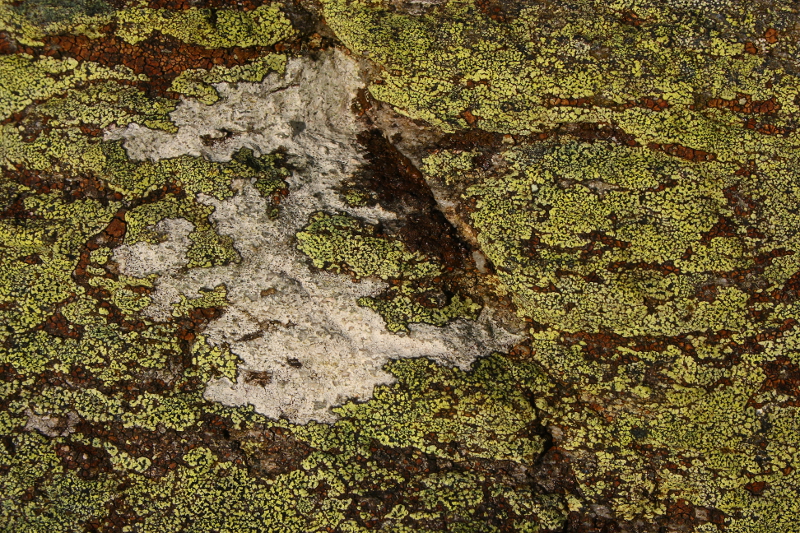 Eventually, I rejoined the forestry track, and followed it down to the road and the car. I was sorry to leave, and Crockkinnagoe, which I had expected so little of, had proved to be a beautiful walk. Back at the starting point, I took a look up the path I had set off on at the beginning, and hoped to be back here again.

For now, there was still plenty of daylight left, and Lough Derg had looked very attractive from the summit, so I headed off in the car for a visit to that historic location.