On the summit of Croaghmeen

These neighbouring hills in the Bluestack Mountains are quite near home, and I’ve previously posted on Croaghnameal, but I’ve never walked Croaghmeen until now. It was a nice Saturday afternoon, and I found myself with a bit of spare time, so took the trip to the same starting point as my previous walk on Croaghnameal, just through Killeter Forest, on the Donegal side. From here, Croaghnameal is virtually on the route to Croaghmeen anyway, so I thought I might as well pass over its summit again as well. Although it was a pleasant evening, it was very hazy, and distant views in particular, were obscured.

Just starting out on the slopes of Croahnameal, looking back to the south and the starting point. On my previous visit, from here I could see Cuilcagh Mountain in Fermanagh, but today it was invisible through the haze. 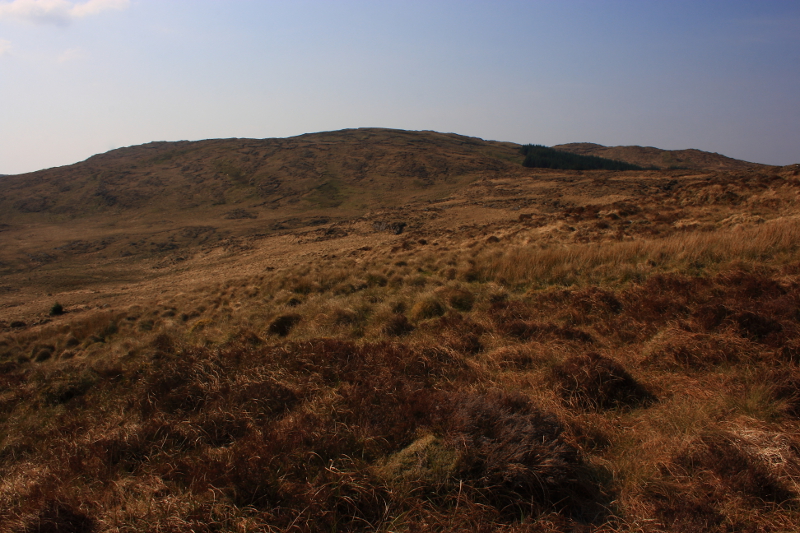 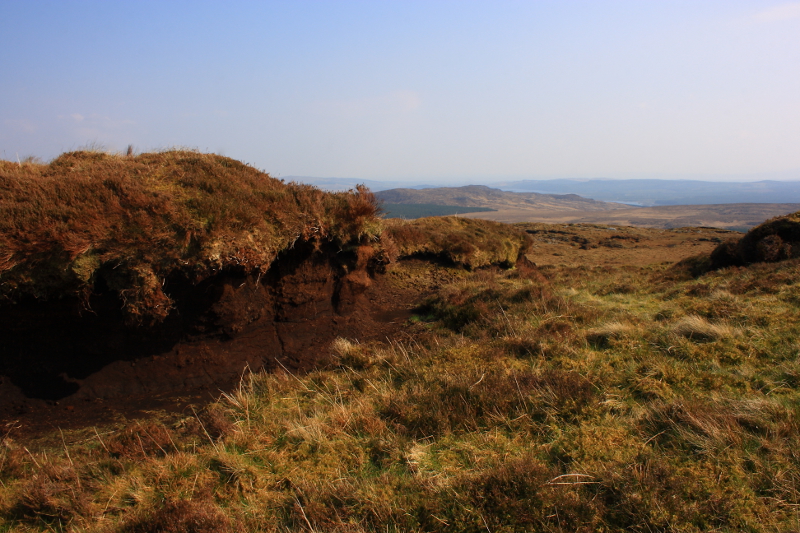 Negotiating an area filled with peat hags, always a bit of a chore.

The summit of Croaghnameal now in sight. 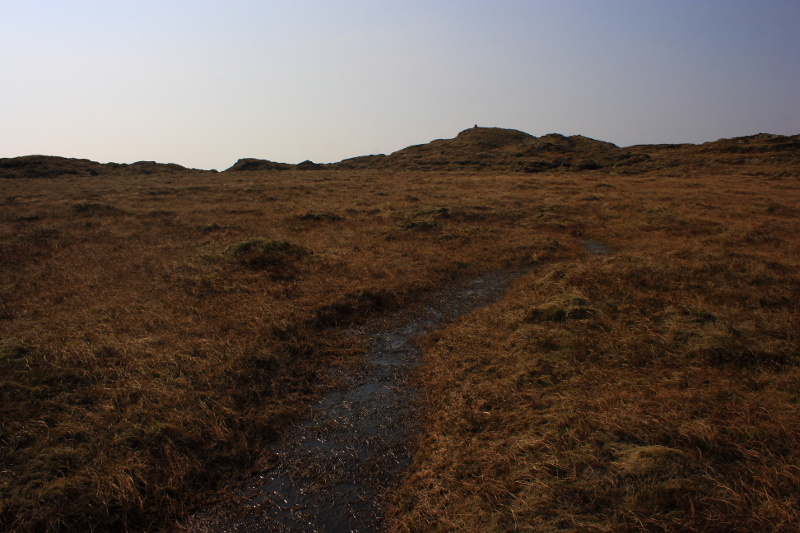 Even after a dry spell, this is still a boggy area.

The first stage of the walk is complete upon reaching the top of Croaghnameal, with a cairn marking the top, overlooking the small Croaghnameal Lough.

Croaghnameal Lough, with the summit cairn on the small rise.

Another couple of views of Croaghnameal Lough. 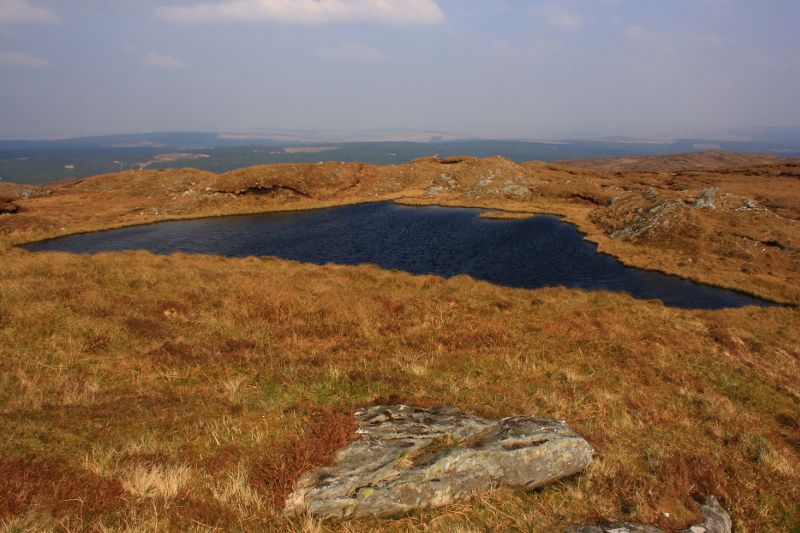 From Croaghnameal, I could now look across the Barnesyneilly Valley to Croaghmeen and its forested Southern slopes. To reach it, I would need to descend the steep northern side of Croaghnameal, into the valley, and ascend Croaghmeen, staying to the east of the trees. 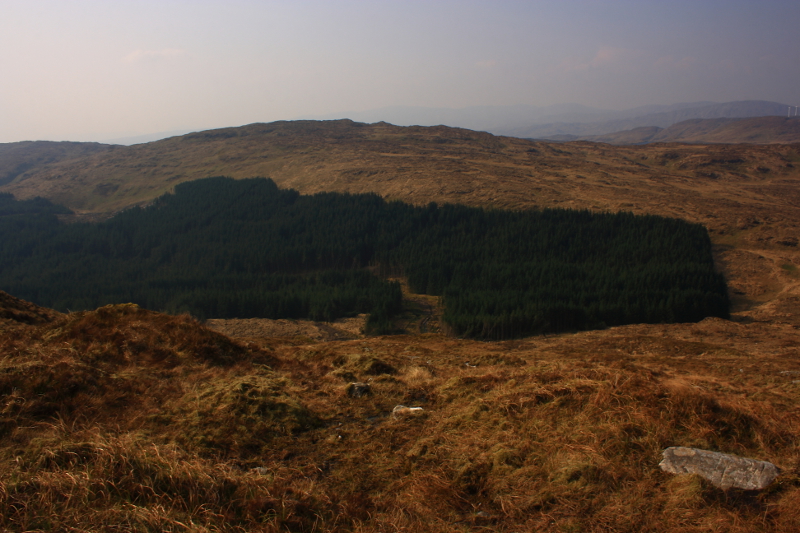 Crossing the small burn at the bottom of the Barnesyneilly Valley.

Emerging from the Barnesyneilly Valley, beginning the ascent of Croaghmeen, and looking back on Croaghnameal’s northern side.

Another look back from further up Croaghmeen.

Croaghmeen has a large, broad summit area, covered in smaller bumps and hollows, and the little Lough Ancarn. The particular bump which contains the highest point lies just to the southeast of the lough, but has no cairn or trig pillar to mark the spot. 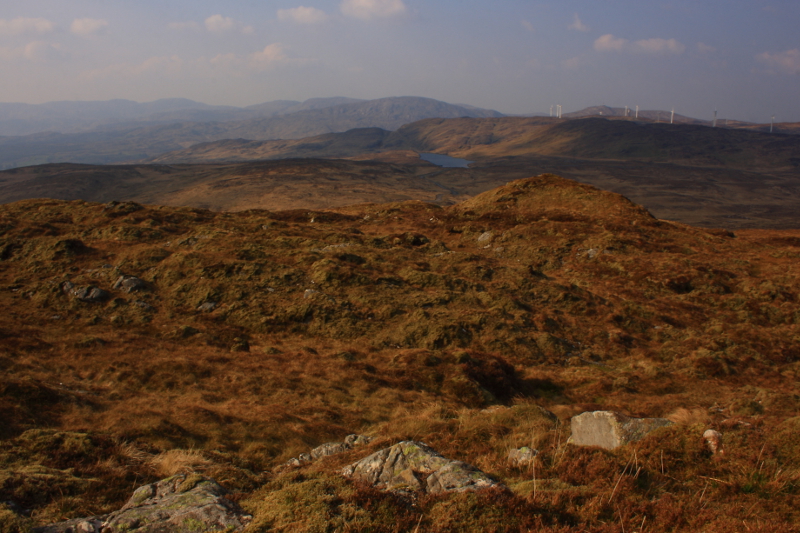 At the summit of Croaghmeen, looking north to the main Bluestacks.

A similar view north to the Bluestacks, spoiled by the haze. 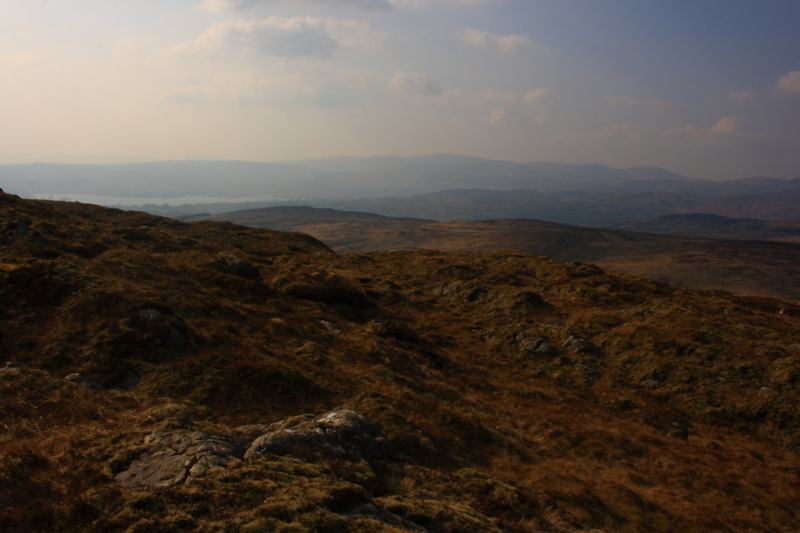 A hazy view towards Lough Eske. 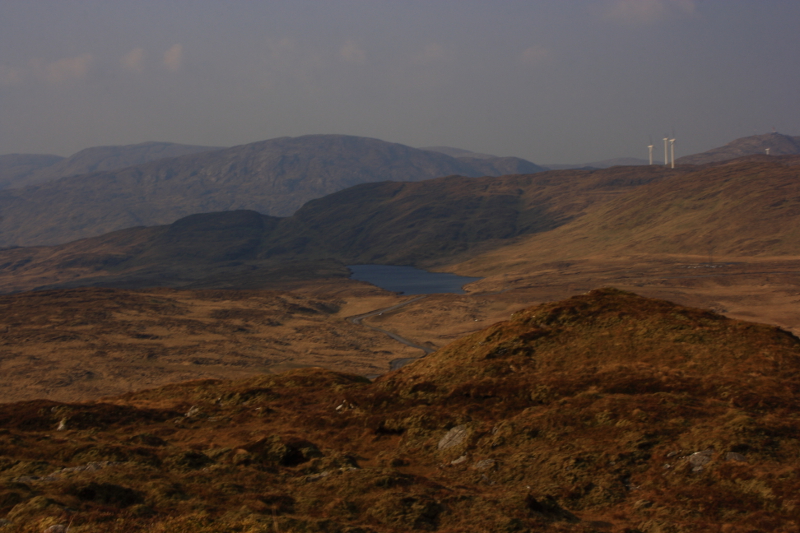 Zoomed in on, what I think, is Lough Shig. 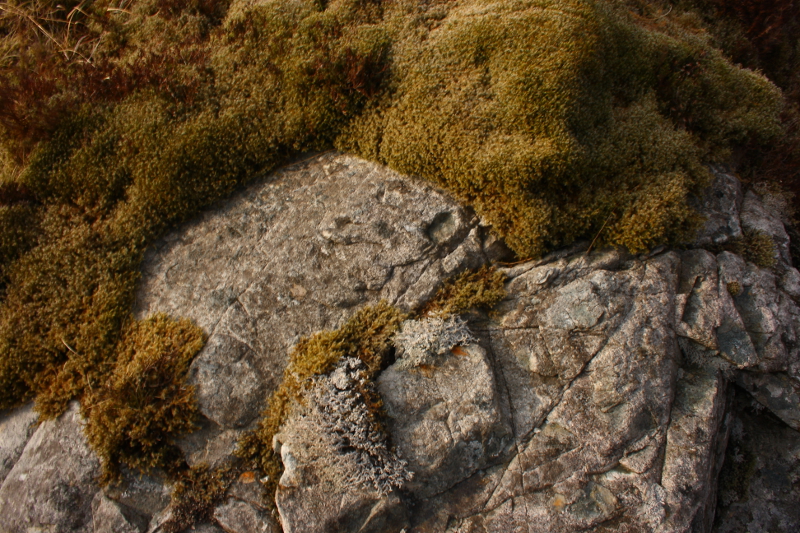 Indistinct view of the Bluestacks. 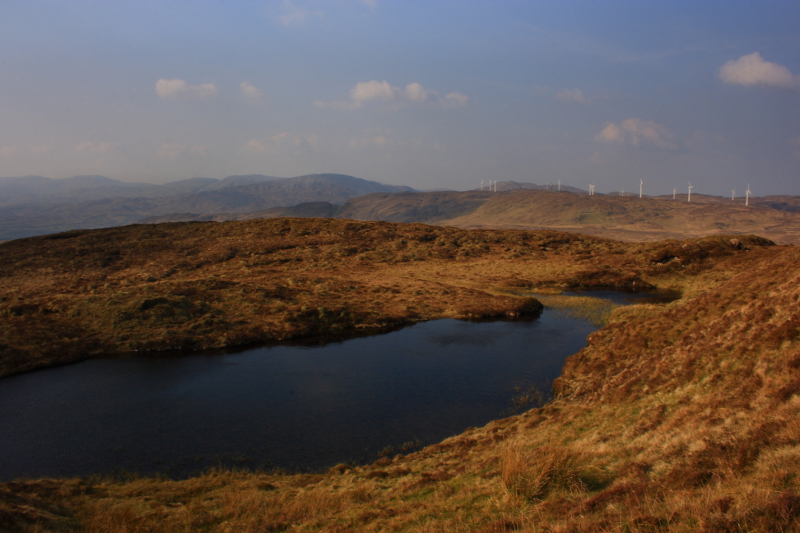 Lough Ancarn, near the summit. 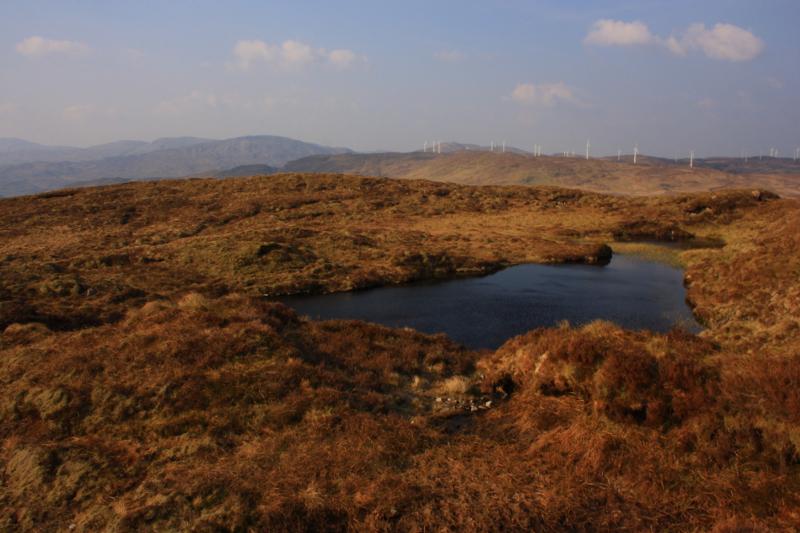 Another view towards Lough Eske.

Having visited the summit, I went along the ridge to the west, to another high point, only just lower than the top.

Moving to the west, along the summit ridge, towards another high point, only slightly lower than the summit.

After visiing the second, minor summit, it was time to make my way back to the starting point, via Croaghnameal again. Before I could descend to cross the Barnesyneilly Valley, I first had to go back east to get round the forested area. This time I travelled along the south face of Croaghmeen, rather than along the top. 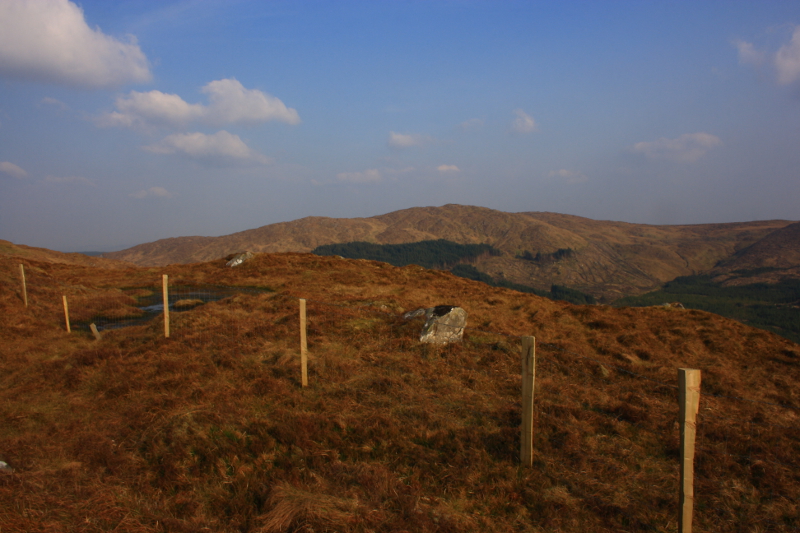 Looking over to Croaghnameal, on the walk back along Croaghmeen’s southern side.

I would need to get to the far side of the forest in the photo above before descending Croaghmeen, and going back up Croaghnameal.

On the eastern side of the forest, well down into the Barnesyneilly Valley, looking towards the walk back up Croaghnameal. 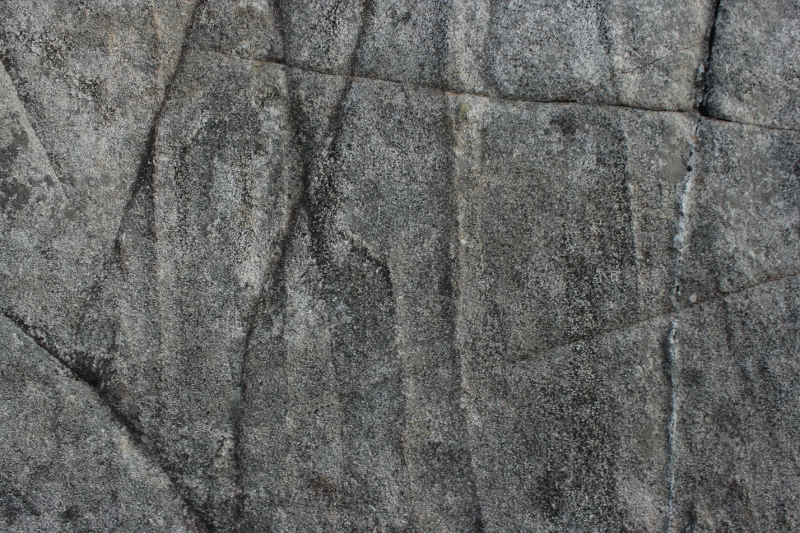 A slab of Bluestacks rock, showing the blue/grey colour which when seen en masse, especially from a distance, is probably what gives the range its name. 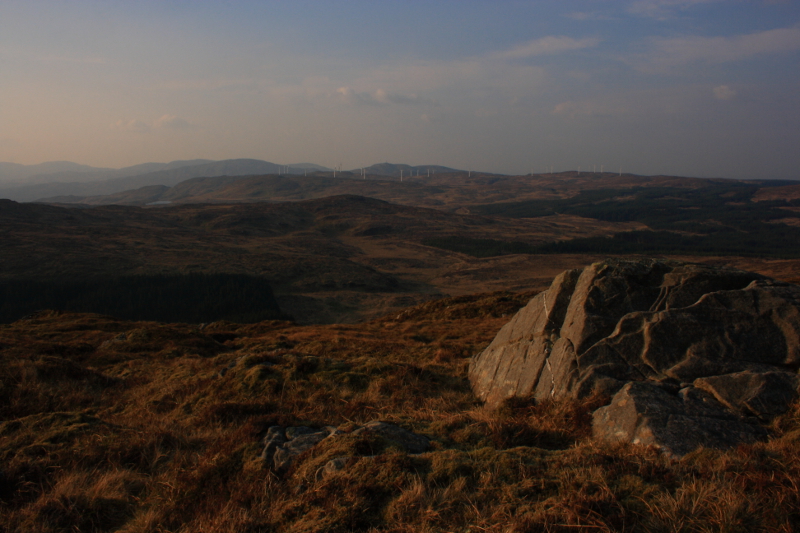 High up Croaghnameal again now, and a last look back at Croaghmeen and the rest of the range. 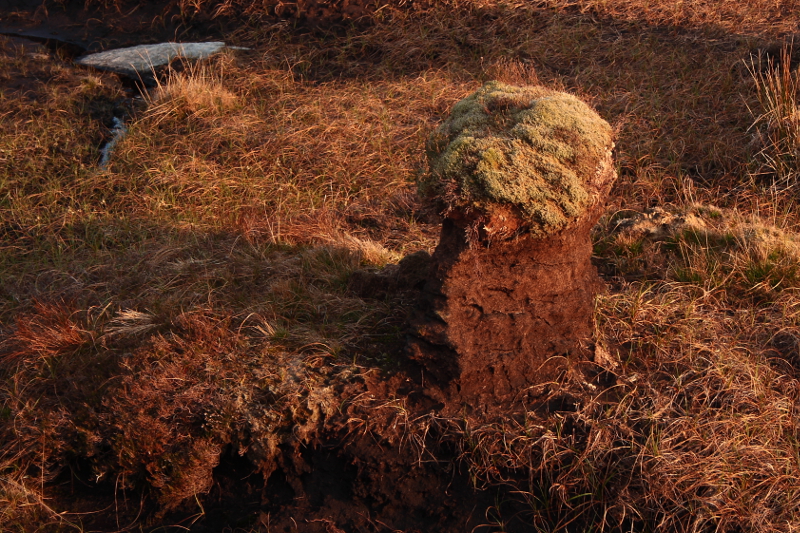 A small isolated peat hag on the descent of Croaghnameal, heading back to the starting point. 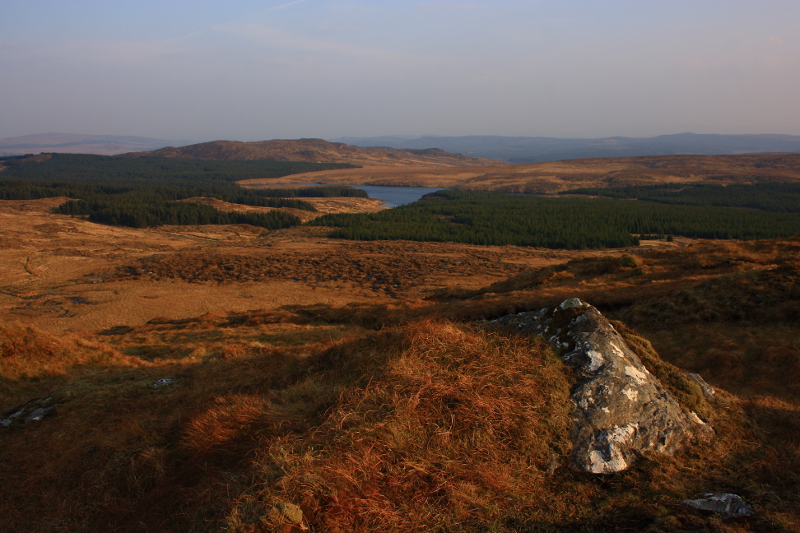 The last shot of the day befoe descending to the end of the walk near the trees.

Despite the haze, which made for murky photographs, it had been a great afternoon, and good conditions for walking. The shots I had taken to the west looking towards Donegal Bay were so bad I didn’t even bother to process them. Given how poor the shots I posted here are, you can imagine how bad they were! But, I had spent almost four hours walking the two summits, and explored another little corner of the Bluestack Mountains so I was happy with the outing regardless.