Continuing my walk around the cliffs on top of Binevenagh in Co. Derry. In part 1 I had started on the eastern edge of the cliffs, and by now I was moving round to the west, opening up views over the Roe Valley, and ever-changing views down the cliffs themselves. And initially Benone Strand and Magilligan were also still plainly visible, as was Inishowen on the other side of Lough Foyle. 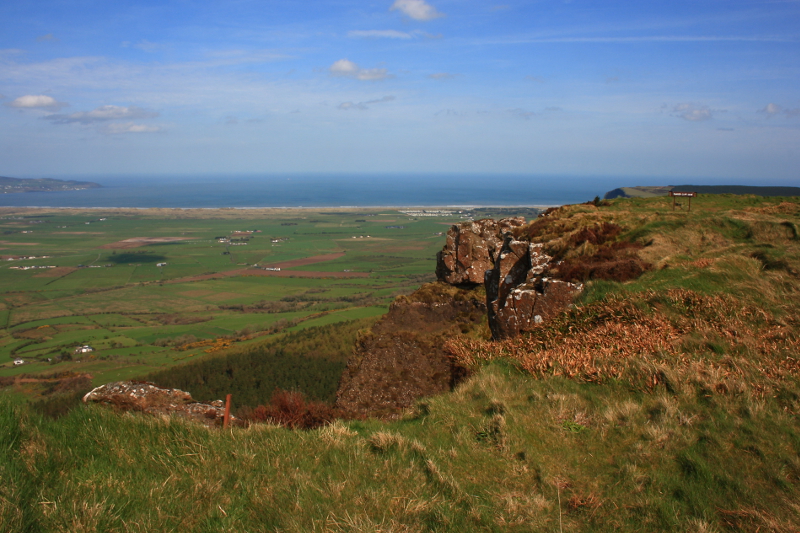 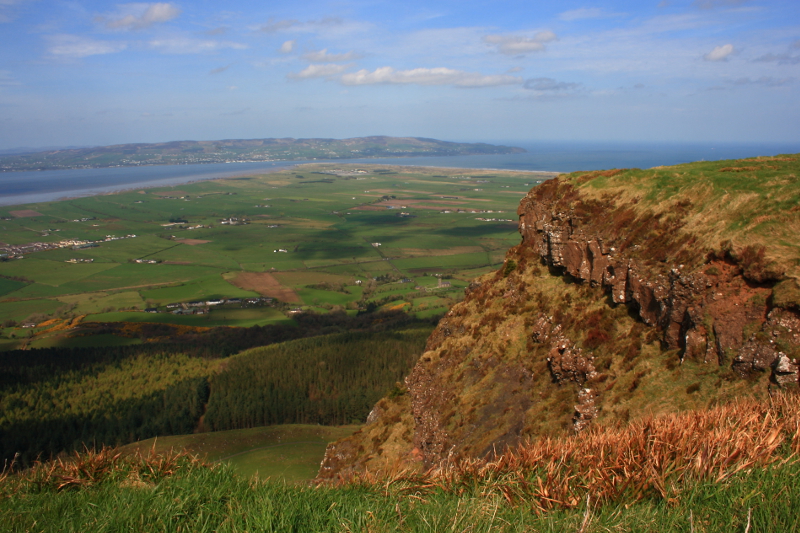 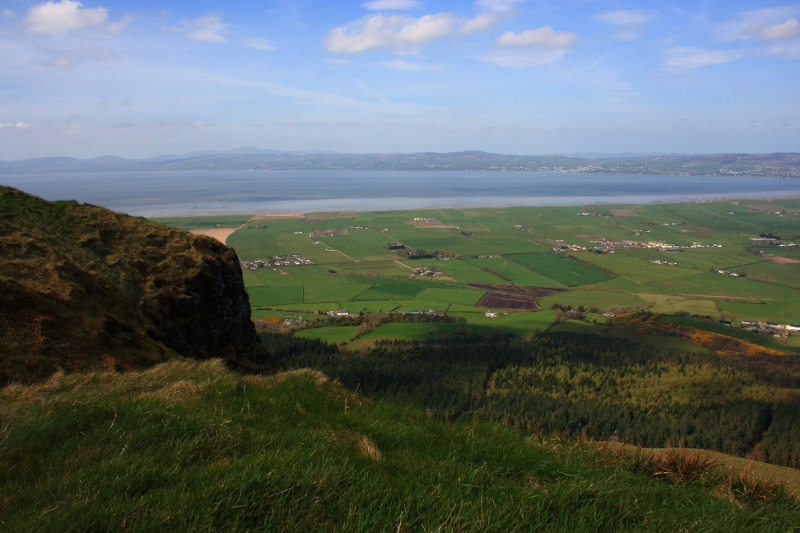 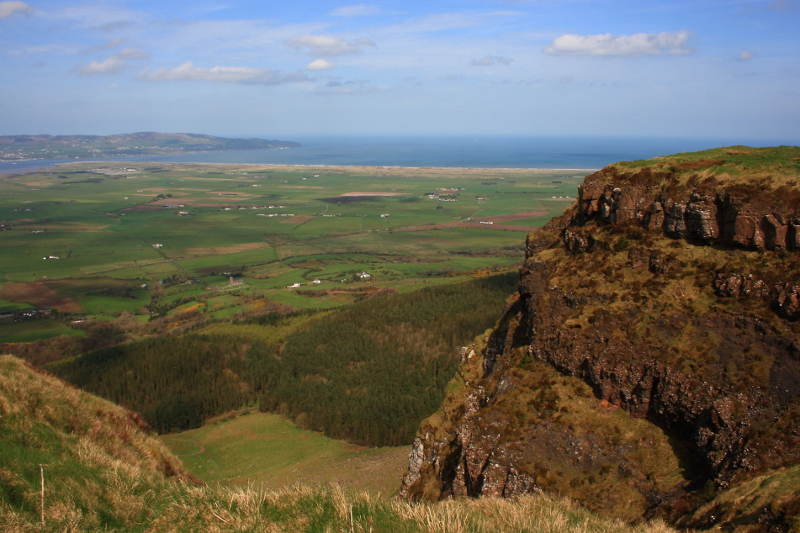 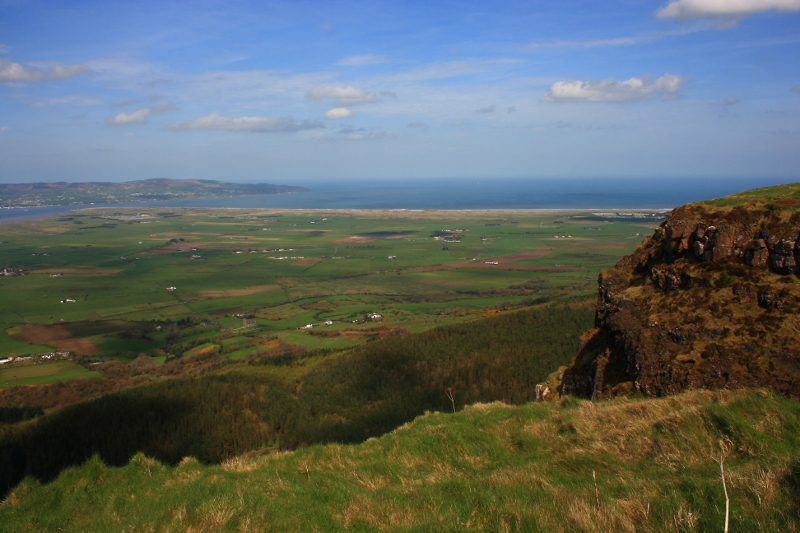 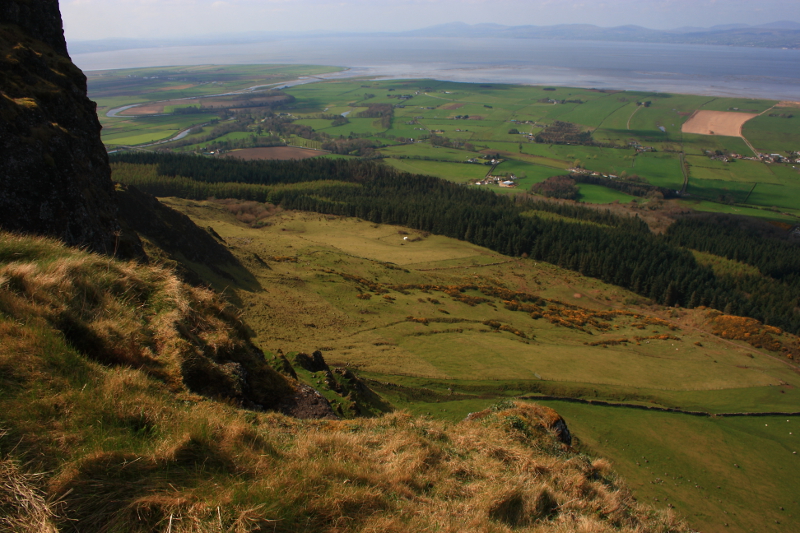 The views over the Roe Valley in particular began to open up from this side of the mountain, with the River Roe snaking its way towards Lough Foyle. 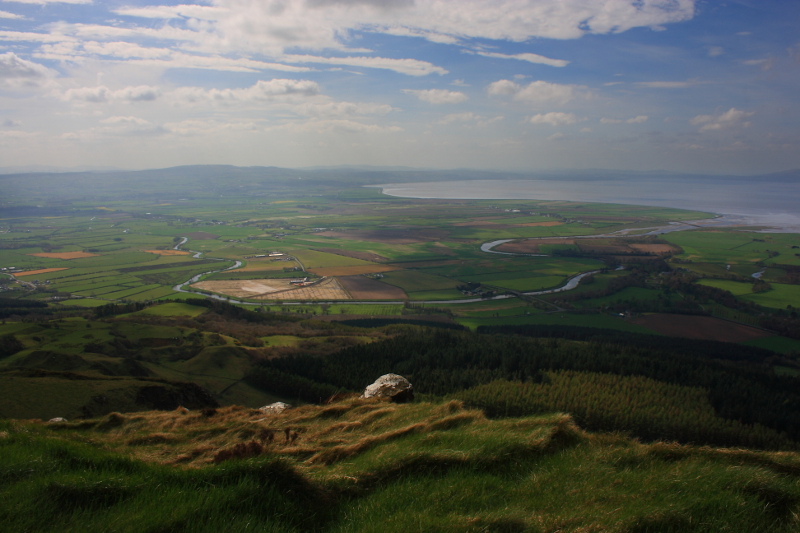 The ground around the foot of the cliffs began to take on a fascinating character, with drops to more, lower cliffs, undulating terrain, and magnificent rock pinnacles. It increased my resolve to walk through this area later in the day. 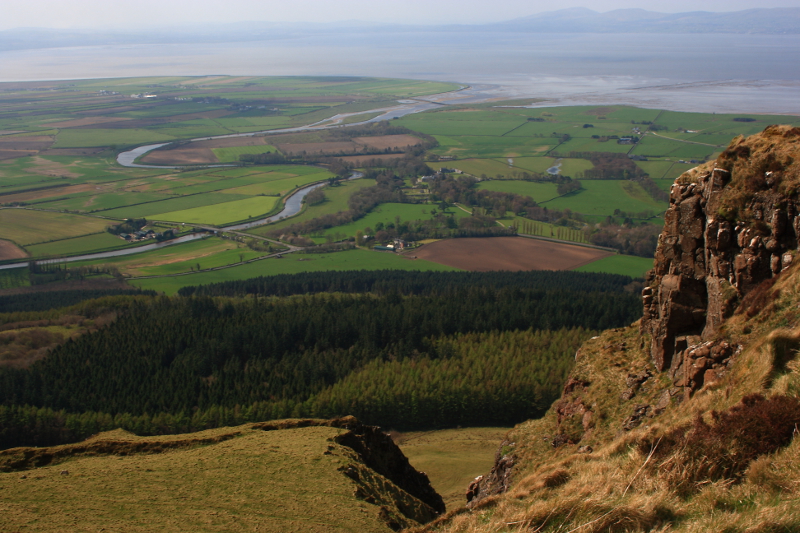 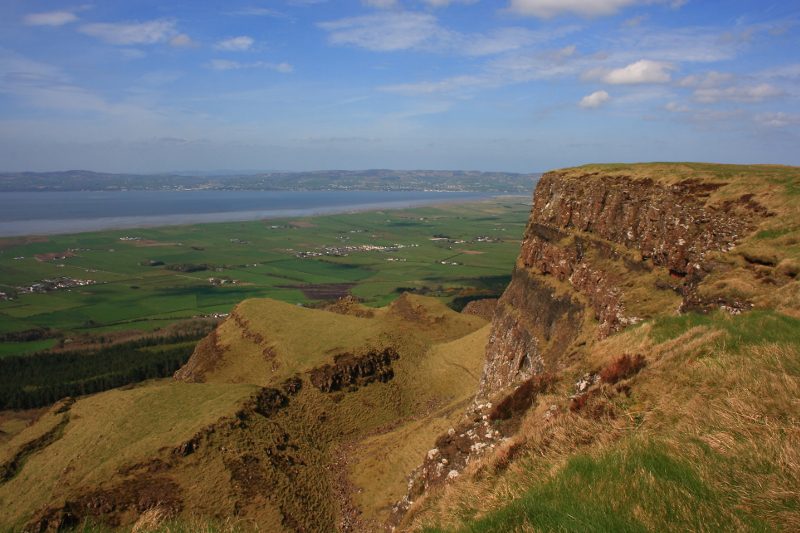 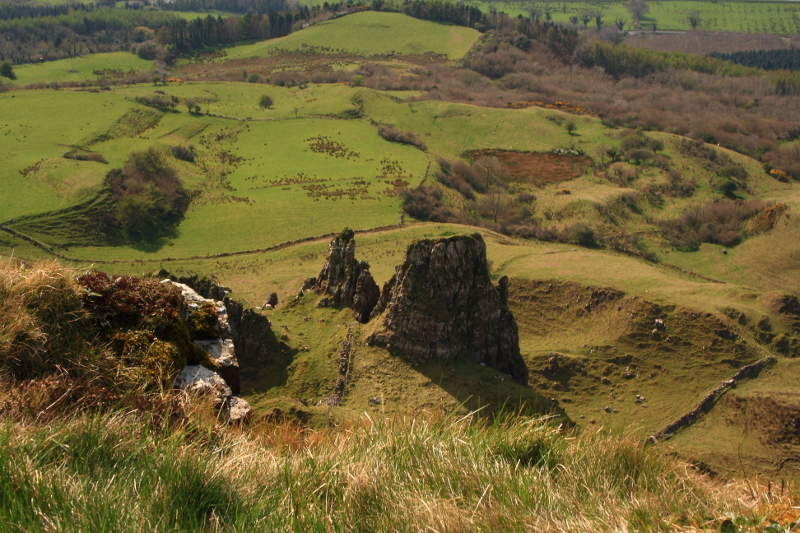 I had now just about reached the end of the cliffs, and all that remained was to visit the actual summit, situated on the flatter ground in the middle of the mountain. I’ll save that part of the walk for another post.