The following photos were all taken on a short drive in Southeast Tyrone, between the villages of Caledon and Aughnacloy. Approaching Caledon from the Dungannon side, the first thing to catch my eye was Enagh Lough, a small lough, clearly of interest to anglers.

The village of Caledon itself is very picturesque, obviously having a plantation feel with its planned look and uniform stone buildings. 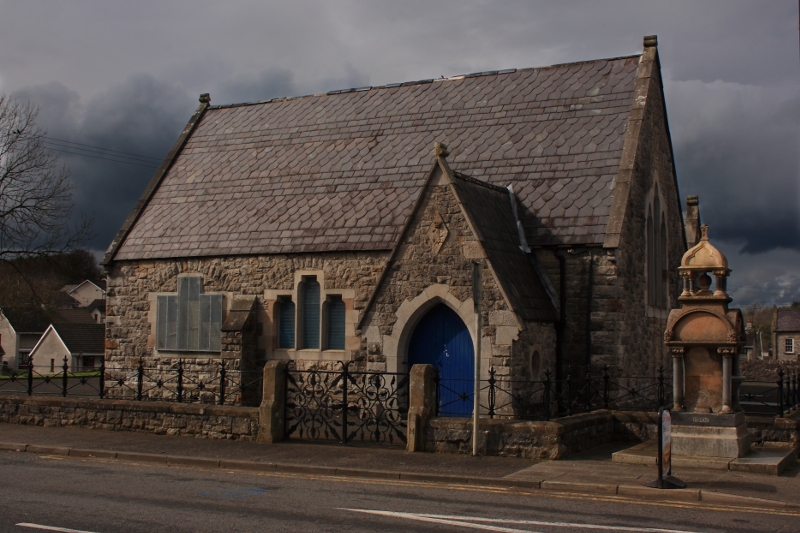 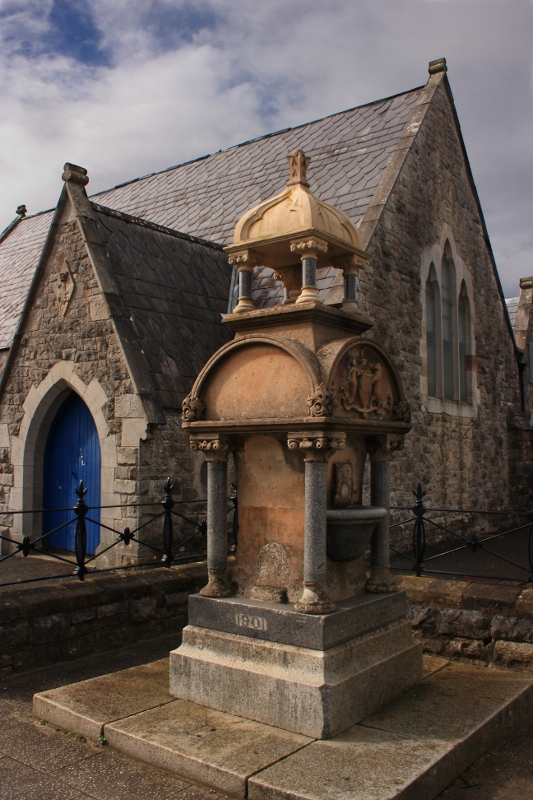 The countryside around here is an attractive mix of drumlins, rolling fields and hedgerows. What really caught my eye was the abundance of venerable old trees, many of them standing isolated or in small groups. When found standing alone in the middle of a field, they are known in Ireland as faery trees, and it is considered bad luck to cut them down, hence their survival. If someone is rash enough to want to fell them, it is genuinely difficult to find anyone willing to do the job! A rare instance of superstition having a beneficial outcome, or just people recognising the beauty of these trees and looking for an excuse to keep them?

Apologies for the repitition in these shots below, but it was an evening where the light was rapidly changing, and I just couldn’t stop trying to capture the changes this made to the scenes. 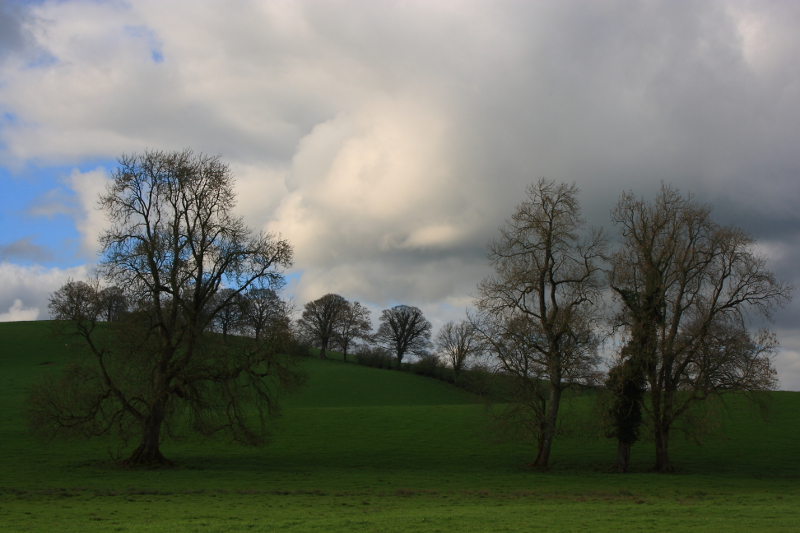 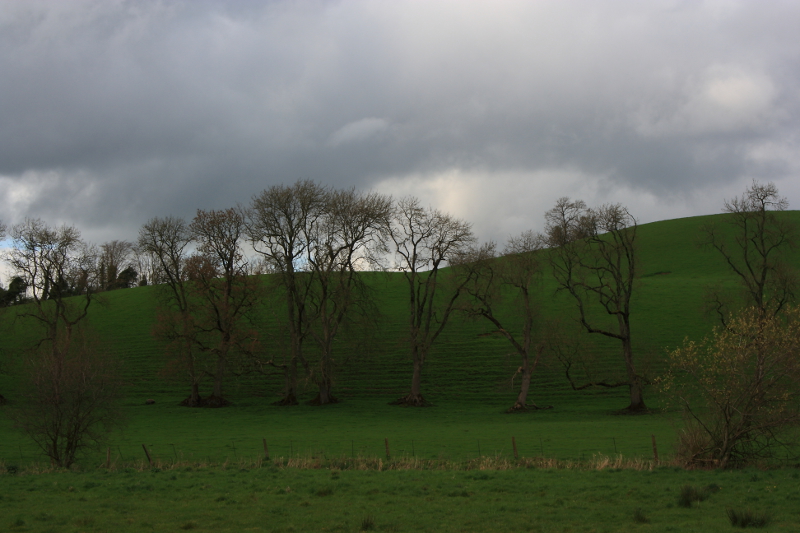 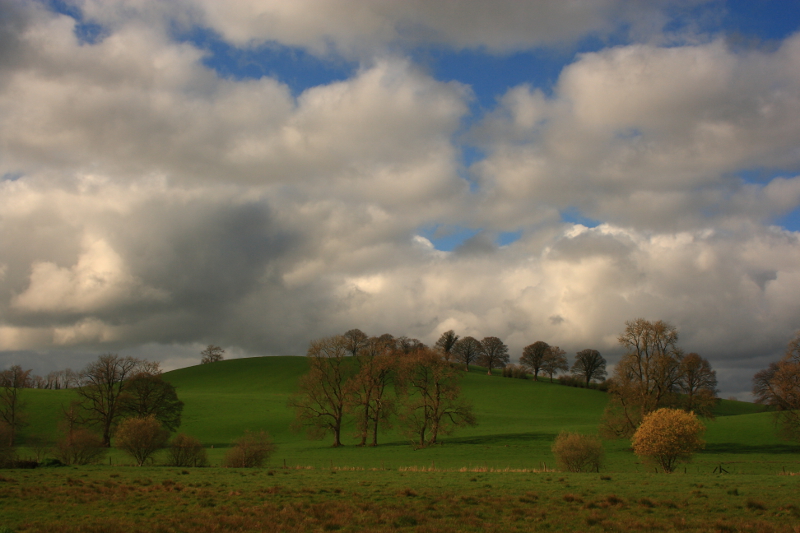 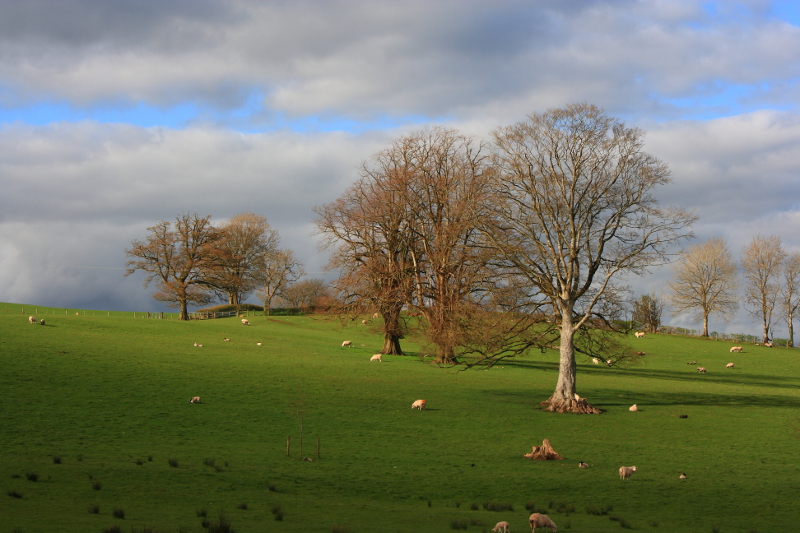 Only had time for a brief stop here, and the church was the thing that immediately captured the attention in the town. 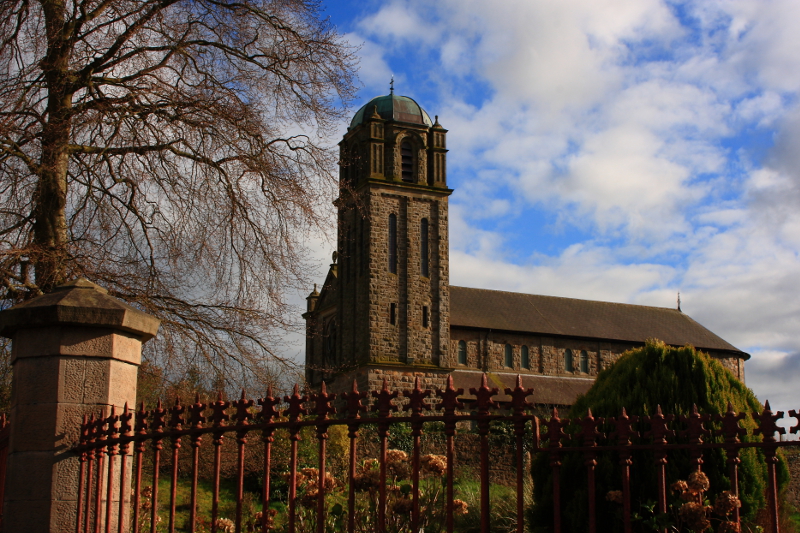 This is a small area, but has plenty to see, and I intend to go back as there were other things to explore but time didn’t allow. The stone buildings in Caledon, and many small loughs in the area would definitely be worth a look. I also believe there is an estate in Caledon, which has in the grounds, giant sequoia trees, although I don’t know if the estate is open to the public. Plenty for the photographer in this part of Tyrone.

4 thoughts on “A Drive In Southeast Tyrone”