Croaghnameal is a 438m high hill in County Donegal.  Although it is not always listed in guides to hill walking as part of the range, it is probably the most Southern peak which can be considered part of the Bluestack Mountains.  It has a special significance to me as it was only the second peak I hiked, and the first in the Bluestacks, starting a bit of an obsession with this range.  I visisted Croaghnameal twice in August 2013.  The first was a sort of a reconnaissance trip only, on a nice evening, which I knew probably wouldn’t give me enough time to reach the top.  I approached from the Southwestern side, having driven through Killeter Forest in Co. Tyrone into Donegal.  Driving along the Southern edge of the hill, I took a rough, unsurfaced track through the bog, as far as I could, until I feared the car would become stuck.  I parked up, and headed off on foot up the slopes on the Southwest side.  I did not get far before darkness began to close in, but the views were enough to make it inevitable that I would return and reach the summit itself.

I was glad I’d made this preliminary trip, as it allowed this view from the Western slopes which includes Lough Cuill.  The Lough can not be seen from the summit, being hidden by lower rises and minor summits.  Beyond Lough Cuill, is Donegal Bay and Donegal Town, and further again, appearing as the merest bump on the horizon, are mountains in North Mayo!  On the right hand horizon, Slieve League can be seen.

I could see as far as Ben Bulben in Sligo.

Although in reality civilisation is not too far away, any signs of it appear insignificant, and there is a real sense of wilderness and remoteness in the boggy, rocky terrain.

Nightfall drove me down before reaching the top, but I was captivated, and inevitably, a week later, I was back.  This time, taking the same route by car, I did not go as far to the West, and started on foot soon after emerging from Killeter forest, on the Southeastern side of the hill.

This was my view of the hill from the starting point in the late afternoon light.  Although the distance was short, it would prove to be difficult walking across the boggy ground and the tussocky grass and heather.

The walking was easier on the hill itself as the terrain was rockier.  Even before much height was gained, the views to the South were magnificent.  I could see beyond the bleak bog and small loughs to Lough Derg, and even to Lough Erne and the table top of Cuilcagh Mountain in Co. Fermanagh.

And it wasn’t just the distant views that appealed.  I was captivated by the surface on the hill itself, with the underlying granite breaking through the bog forming fantastic shapes.  This area of peat hags, shown below, formed an alien looking landscape.

A look Eastwards back towards Co. Tyrone and Killeter Forest.

The top is crowned with this small Lough. 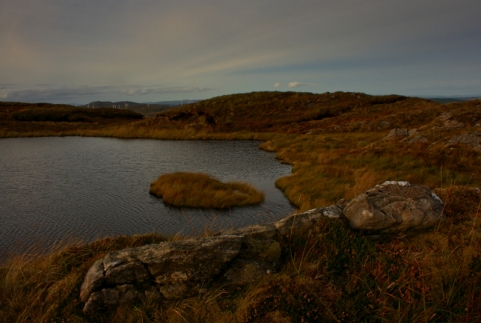 The summit itself was found on a small rise beside the Lough, and was marked by this cairn. 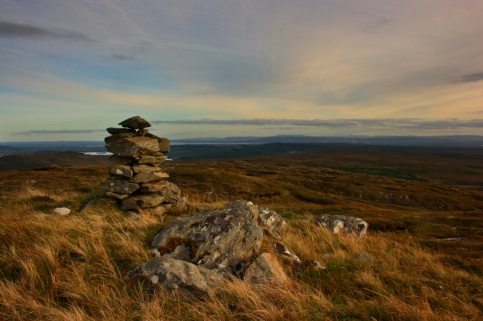 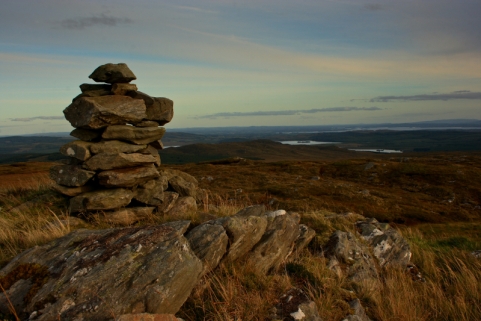 By now, the light was fading, but there was plenty of time to wander around and take in the views.

Looking down on the summit Lough from the highest point. 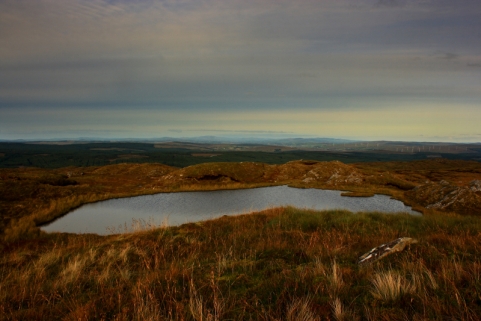 North, to the higher Bluestacks. 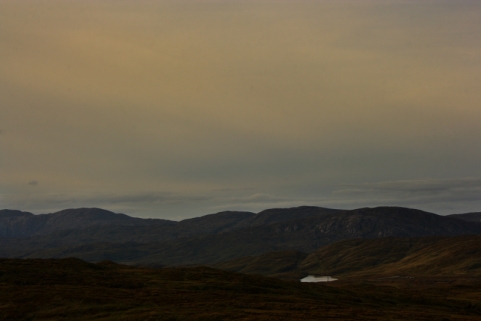 South to Lough Derg and then Fermanagh.

Looking over near neighbour, Croaghmeen, to the rest of the Bluestacks. 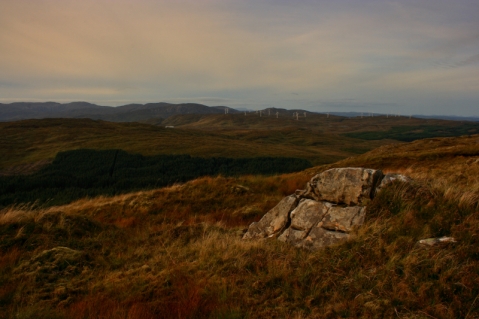 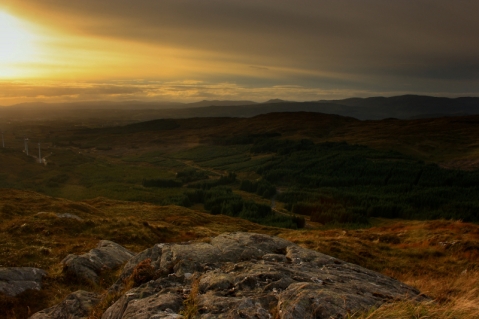 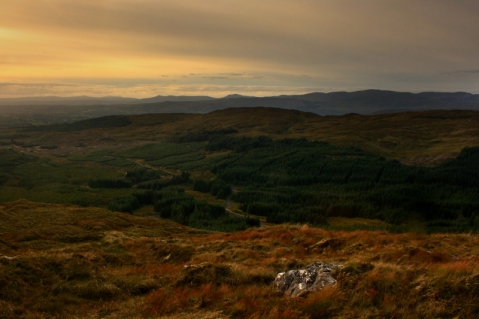 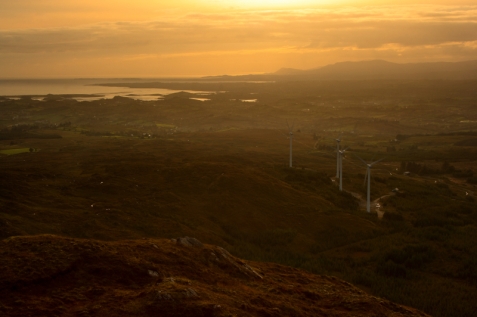 Southwest, with Ben Bulben in Co. Sligo in the distance. 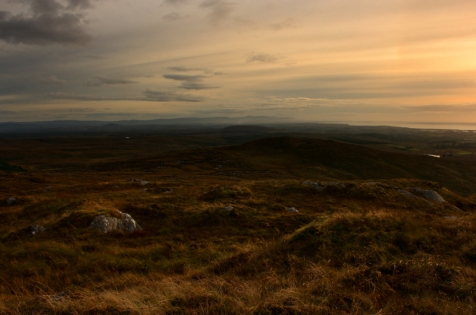 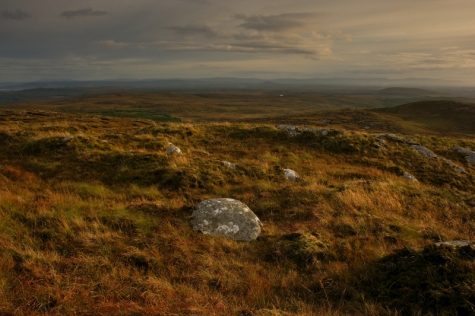 Croaghnameal would be easy to overlook with the abundance of higher peaks in the Bluestacks, and its remoteness from the main range, but its small stature is misleading.  The views are extensive, and a hike here could easily be extended to take in Croaghmeen, or further still.  I was lucky to discover it on only my second hill walking excursion, and its charms ensured that other mountains would follow.