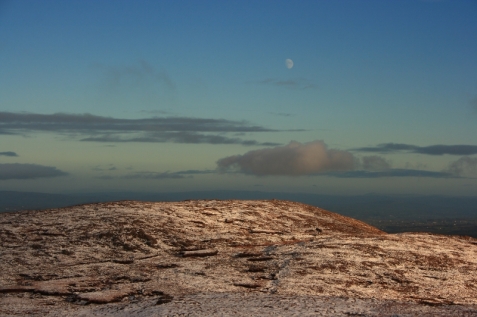 – as I made my way up the slope to Croaghnageer, I looked back to see the moon over Brown’s Hill.

There were brighter skies to the North, and the mountains there were still catching glimpses of sun.  I was stunned by the beauty of these mountains in the snow.

The summit cairn coming into view. 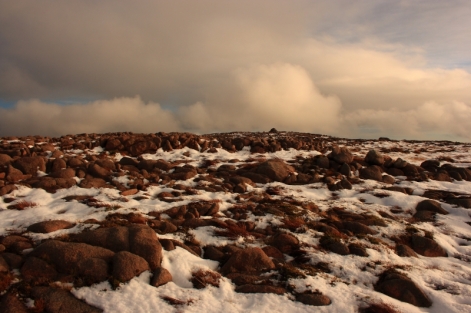 A look over to nearby Croaghanirwore in the warm evening light.  If it hadn’t been for oncoming darkness, I would have taken the short walk over, but time was against me now.

West towards Lough Eske and the Atlantic.

Lough Mourne on the left of the picture, and towards the right, Lowerymore River winding its way round the foot to Croaghconnellagh to Barnes Gap. 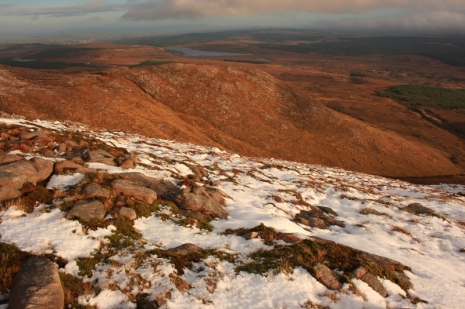 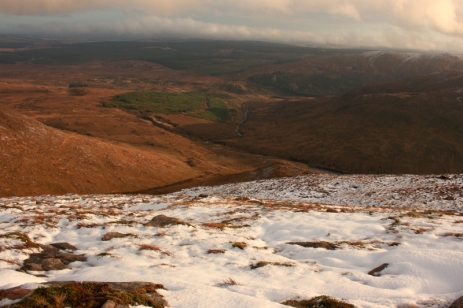 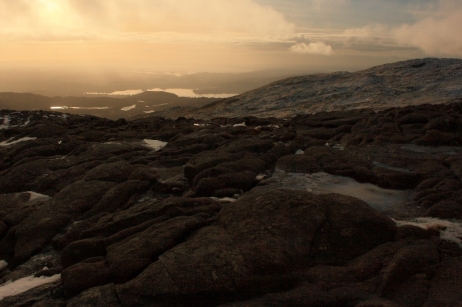 The large summit cairn, and I had finally reached the top. 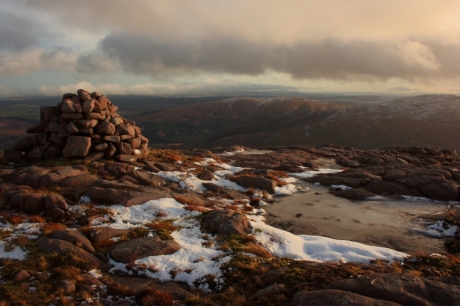 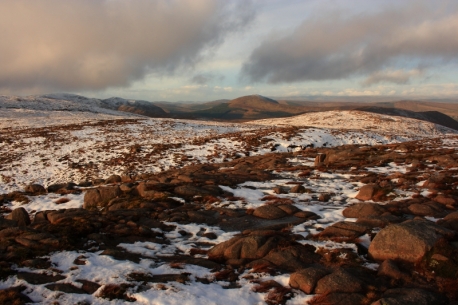 I had reached my second summit of the day, and the half way point, as I was returning by a similar route, so again, it seems like a natural point to break.  I will describe the descent in a final part.