When I first began to get interested in hill walking, and was deciding which mountain to make a start with, Sawel Mountain in the Sperrin range was one of the obvious choices.  At 678 metres or 2224 feet it is fairly high for an Irish mountain, and is the highest point in both County Derry and County Tyrone.  It appears in Paddy Dillon’s “The Mountains Of Ireland” and Paul Clements entertaining “The Height Of Nonsense”, his account of climbing all of Ireland’s county tops.  Its name in Irish is Samhail Phite Méabha which apparently means resemblance of Maeve’s vulva!  You can judge for yourself.  All in all, a good mountain to start with.

I approached the mountain from Plumbridge in Co Tyrone, along the picturesque Glenelly Valley on a bright, late Autumn afternoon.  Perfect weather for walking it seemed.  The valley will probably get its own post, so I haven’t included any photos taken there, except this wider view of Sawel in the centre with Dart Mountain to the left. 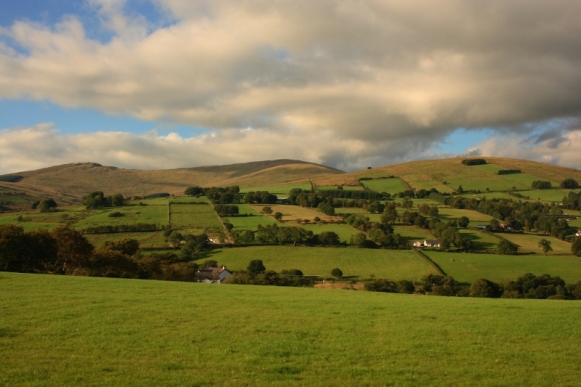 From here, it was a left turn on to the Sperrin road which took me to the foot of the mountain, and a fence which could be followed up the East flank almost all the way to the summit. 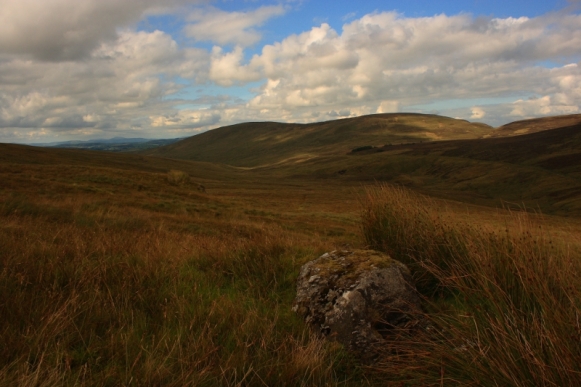 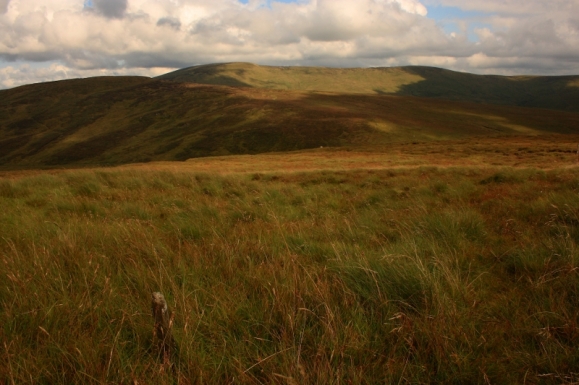 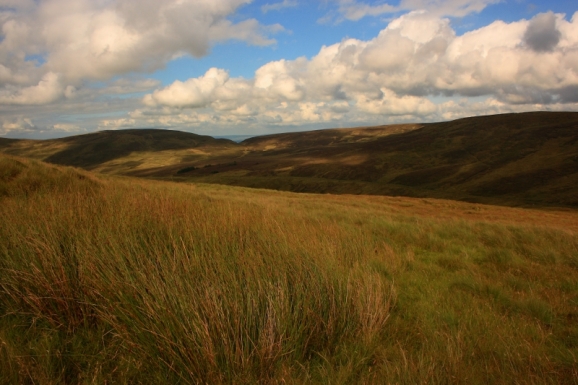 Unfortunately, the weather became increasingly murky with altitude, which wasn’t great for photograply, but the views remained stunning. 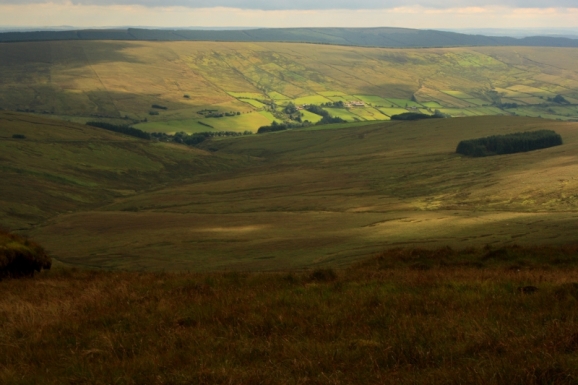 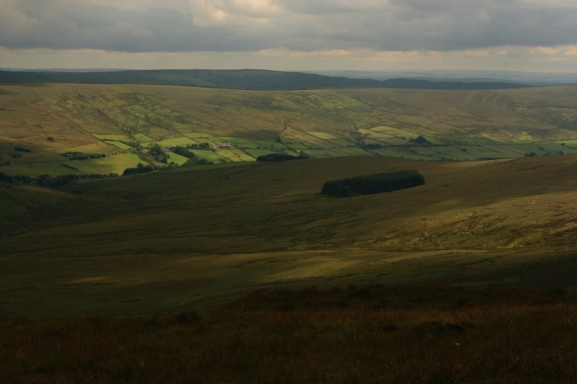 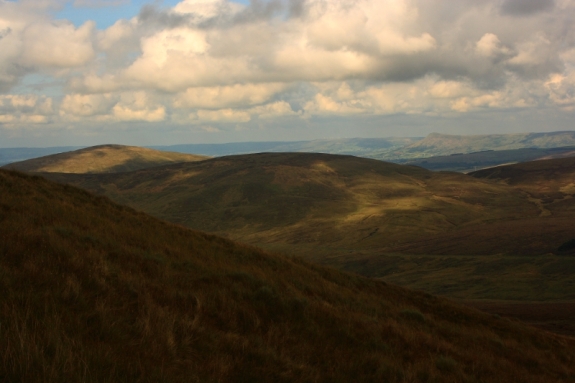 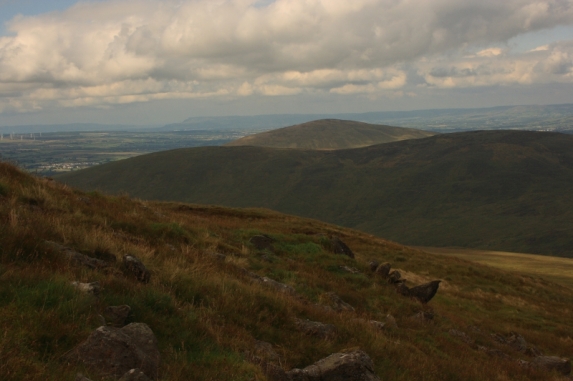 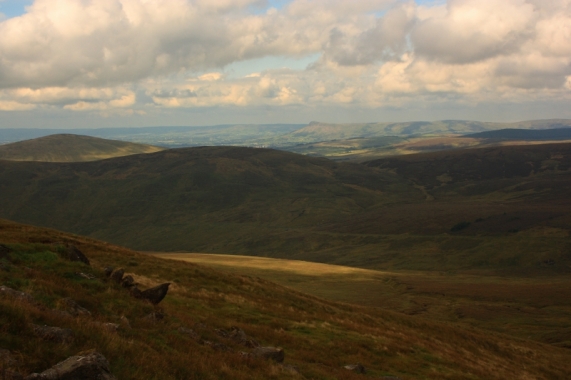 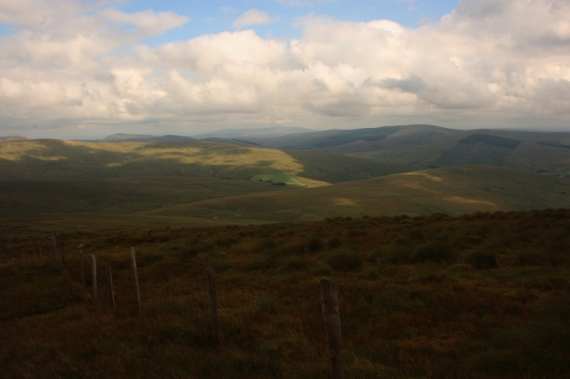 Occasionally, the sun would break through and light up the wild landscape below. 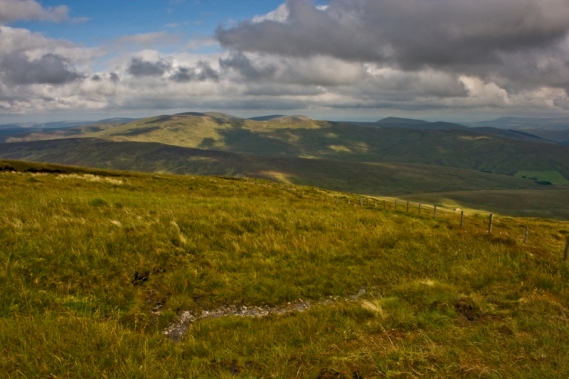 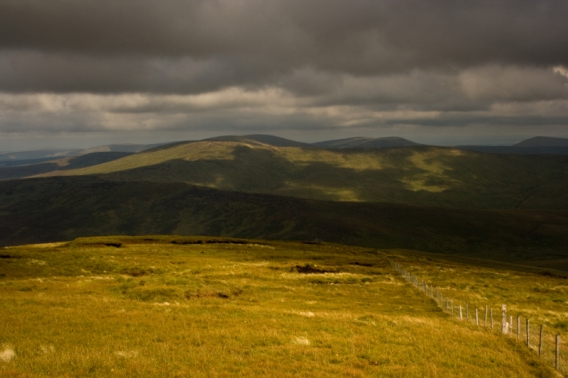 The sun really picked out this patch of bright green sphagnum moss. 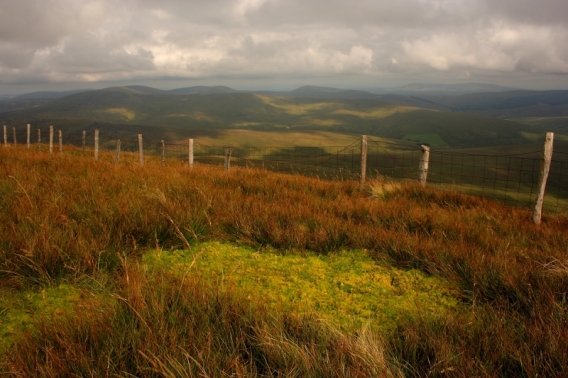 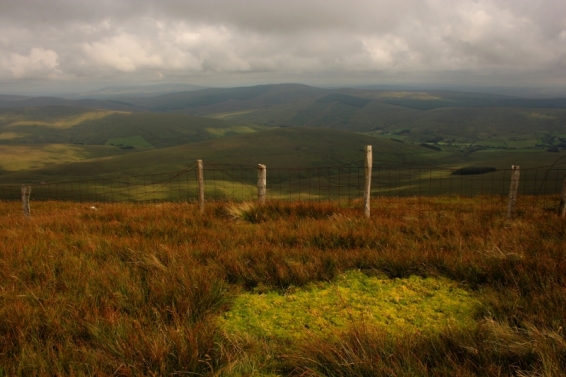 A circle of white quartz rocks near the summit. 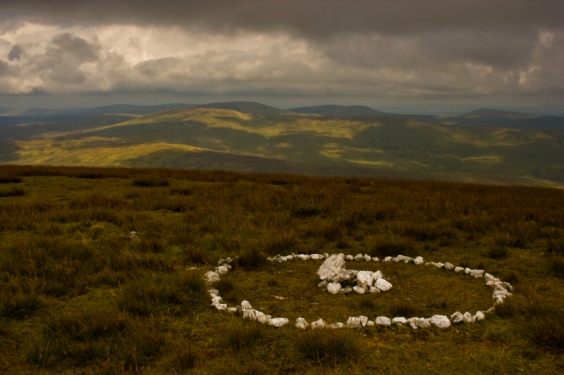 The light got worse again as I reached the trig point and summit but I felt I had to record my first summit anyway.  The wind up there was incredible. 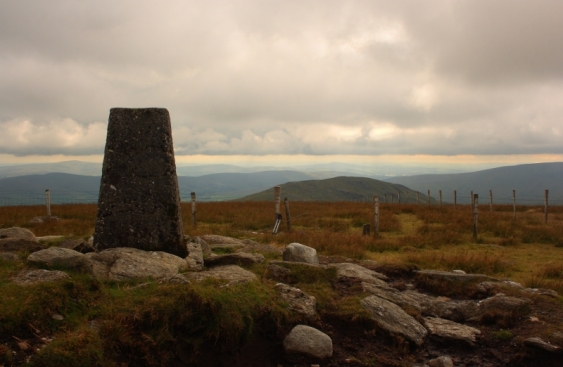 Looking through the gloom to Dart Mountain. 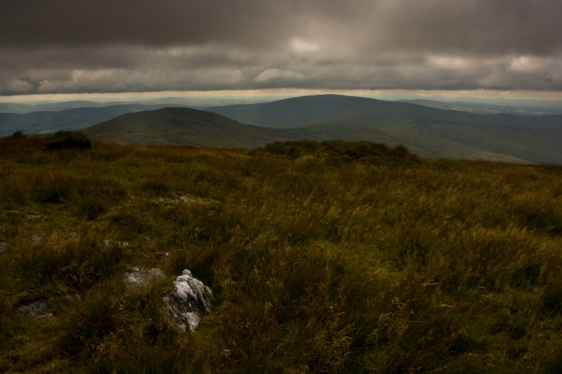 The strong winds and poor light were my cue to start my descent, rather than proceeding to Dart.  On the way down I encountered these mountain companions. 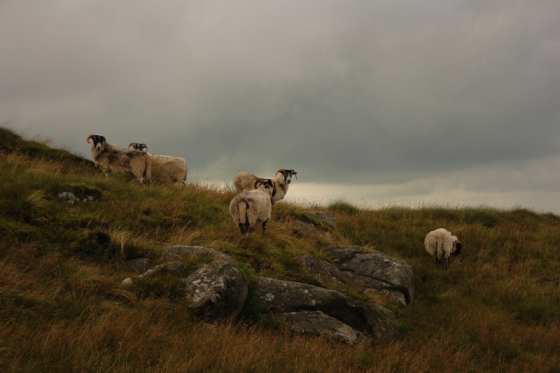 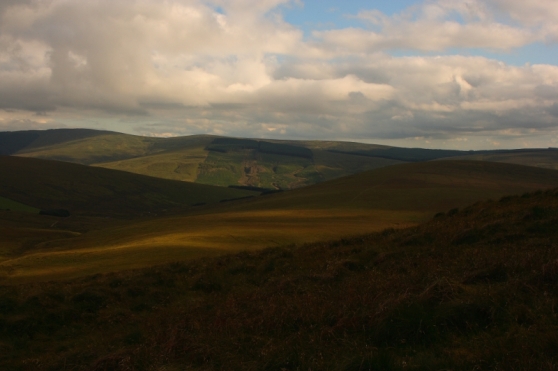 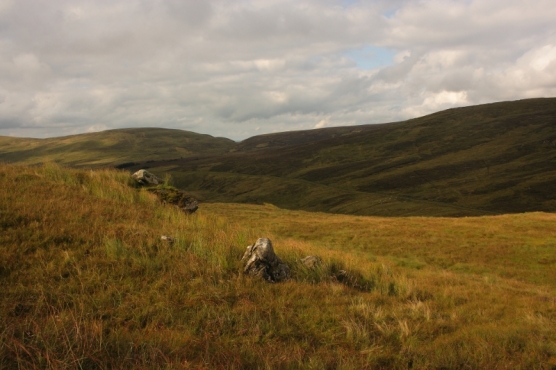 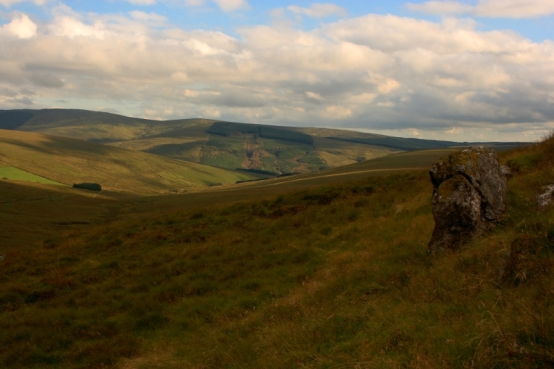 Another sign of life – what I think is a fox moth caterpillar. 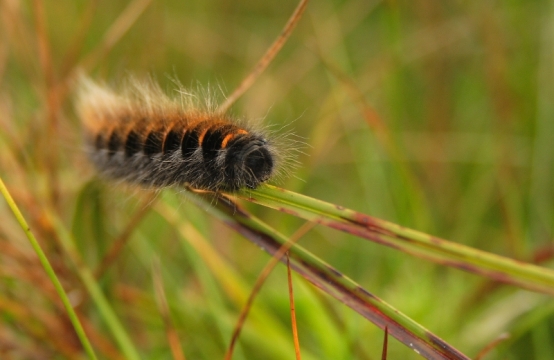 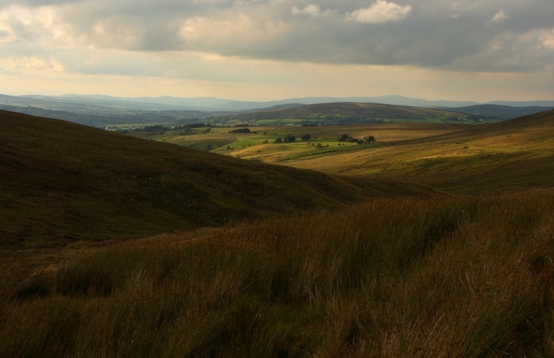 Typically, as I reached the Sperrin Road at the foot of the mountain, the clouds began to break.  This Eastern side was now in deep shadow, but there was a chance for some moody shots. 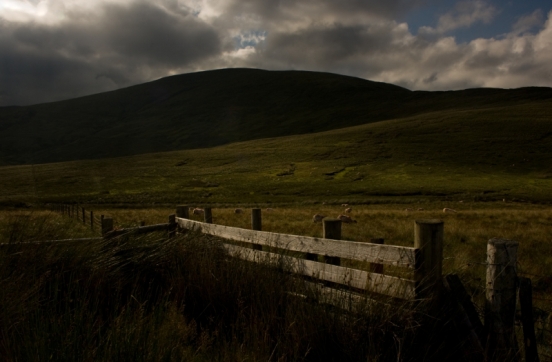 A final look back at Sawel in the last evening light. 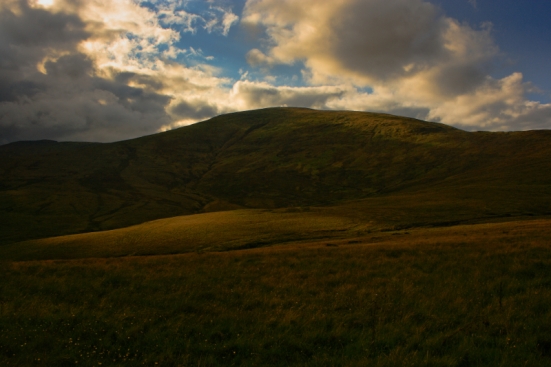 My first mountain conquered and I was hooked on hill walking and already thinking about my next climb.